While one 19-year-old has been making his mark at the World Cup with England, another has been left frustrated having to watch the tournament from afar.

Two months ago, Leeds’ Italian wonderkid Willy Gnonto was named alongside Jude Bellingham on the 20-man shortlist for this year’s Golden Boy award, which is given to the best under 21 player in Europe.

But unlike England midfielder Bellingham, Gnonto has not had the chance to prove himself on the biggest stage of all this month, with European champions Italy having failed to even qualify for Qatar.

‘It’s difficult,’ Gnonto tells Sportsmail from Leeds’ training camp in Spain. ‘Italy are one of the best national teams and when you see the World Cup you have to see Italy. But maybe the next one I will be there. That is a big ambition of mine.’

Should Italy reach Canada, Mexico and USA in 2026, you would put good money on Gnonto being there with them. Despite only turning 19 last month, the 5ft 5in forward has already won eight caps for his country, becoming their youngest-ever goalscorer when he netted against Germany aged 18 in a Nations League match in June.

‘It was special,’ says Gnonto about breaking Bruno Nicole’s 64-year-old record. ‘It was a little bit difficult because then I had a lot of pressure. But now I just try to deal with it. I don’t think so much about it and try to have fun doing my things on the pitch.’

Having fun seems to be second nature for Gnonto, who was the life and soul during Leeds’ opening training session here on Tuesday morning. 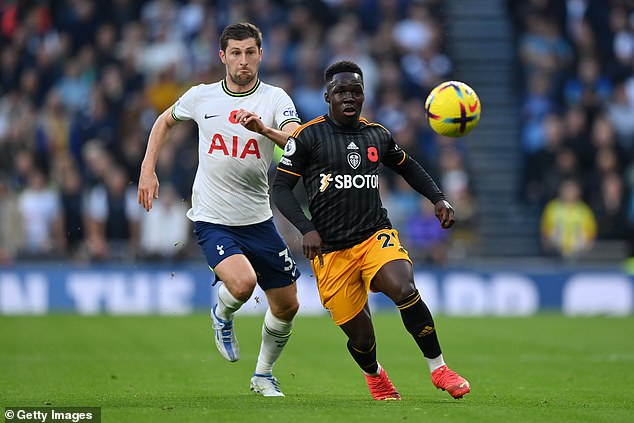 He only moved to Elland Road in September from FZ Zurich – where he had been for two years after leaving Inter Milan – and at the time Jesse Marsch said he was not ‘Premier League ready’. Yet he has proved his manager wrong by having an instant impact in the top flight.

Gnonto made his first-team debut off the bench at Liverpool at the end of October and played a crucial part in Crysencio Summerville’s shock late winner. Then the following week against Bournemouth, he again came on as a substitute and set up Summerville to score and seal their 4-3 comeback victory.

The deadline-day signing of Gnonto for a bargain £3.8million already looks a real coup for Leeds and their director of football Victor Orta, given the calibre of clubs who had their eyes on the talented teenager. So why did he decide to make Yorkshire his new home? 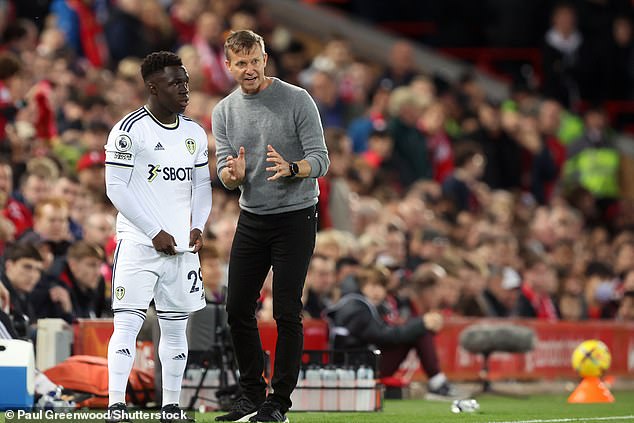 ‘I had other options, but since I spoke with Victor, I was clear that I wanted to come here in September or in January,’ says Gnonto. ‘Victor was just kind with me and, from the beginning, me and my family felt like he was part of the family.

‘I was sure when I chose to come to Leeds and I did not regret it. For me, I think this was the best choice for me and for my family. It’s not easy because everything is different here. But I’m in Leeds with my parents, so they help me every day and I don’t feel alone.’

For a man who has only been living in the country three months, Gnonto speaks impressive English. ‘I learnt it at school and I try to speak it a lot with my team-mates and the coach,’ he explains. ‘I think I have to improve, but it is better than two months ago.’

And Gnonto’s desire to improve in all areas has not gone unnoticed at Thorp Arch. Last month, Marsch hailed the Italian’s professionalism as ‘incredibly good’ and said he had even had a ‘positive effect’ on his in-form friend Summerville, whose worth ethic has sometimes been found wanting. 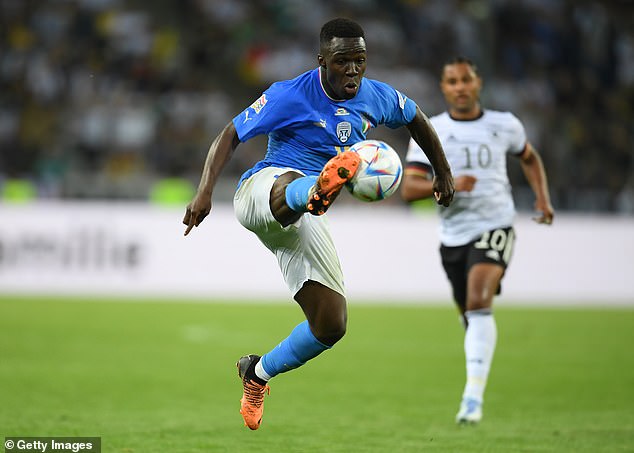 ‘I just want to do what the coach tells me,’ he adds. ‘Every time I just ask questions to know what I have to do and I think it’s easier for me.

‘All my team-mates from the start have been nice with me. I am just very happy. Everything is nice.’

Except, that is, for Italy’s World Cup absence.