Legalising cannabis will mean one million youngsters would try it and 100,000 people would become addicted to the drug, think tank warns

Legalisation of cannabis would drive a million young people to take drugs and see 100,000 become addicted, a think-tank warned yesterday.

The Centre for Social Justice said evidence from home and abroad suggests that cannabis use is linked to mental health problems such as psychosis or impaired thinking.

Ministers have already licensed marijuana for medicinal purposes, and there are growing calls for cannabis to be decriminalised for recreational use.

Advocates of legalisation say it would make cannabis safer by allowing government regulation. The report accepts that state-backed cannabis would include less potent and less dangerous forms of the drug [File photo]

In October, Canada became the second country in the world to legalise its possession and recreational use. Former foreign secretary William Hague has called on the UK to follow suit.

But in its hard-hitting report, the CSJ, which was set up by former Tory leader Iain Duncan Smith in 2004, called on the Government to resist these calls.

It quoted marijuana addicts, including M from Bradford, who said: ‘Cannabis took over my life – it got to a point where I put it before my children, myself, my bills – I wish I never touched it.’ 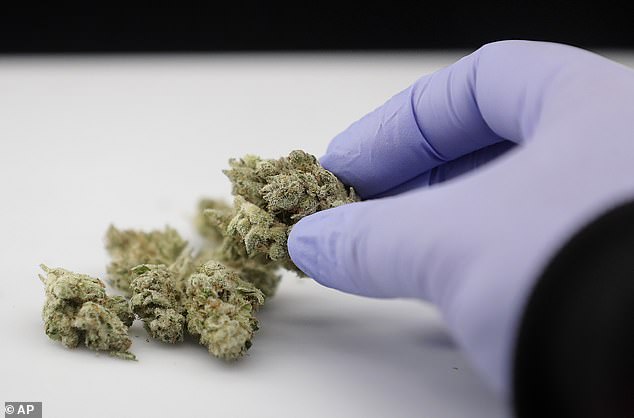 Of those aged between 18 and 24 that had never used it, 26 per cent stated that, if the drug were legalised, they would definitely or probably try it.

This equates to more than a million new users under the age of 25. According to NHS estimates, approximately 10 per cent of this number would become addicted to the drug.

The situation could be even worse because the poll also strongly suggested that legalisation would increase the frequency of use.

Of those aged 18 to 24 who had indicated that they had smoked cannabis before, over a third stated they would smoke it more frequently if it was legalised.

Andy Cook, chief executive of the CSJ, said: ‘Advocates of cannabis legalisation or decriminalisation should think through the implications of their views.

‘They would open the floodgates to hundreds of thousands of new users, many of whom will be young and vulnerable, and so more prone to damaging physical and mental damage.

Managing a cannabis free-for-all would also prove a nightmare in which the drug would become even more widely available and young children would be sucked into the mayhem.

‘We should not be disheartened in the effort to curb illegal drug abuse. For all our difficulties, we should remember that only about 7 per cent of people aged 16 to 59 have smoked cannabis in the last year.

‘Our focus should be on a compassionate response to offenders and the use of education to warn young people about the serious damage the drug can do.’ 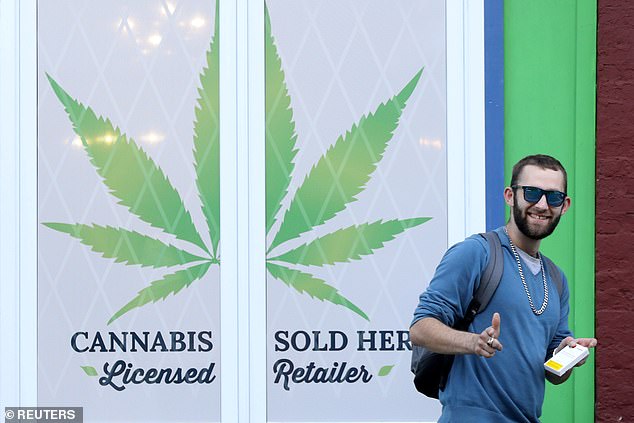 In October, Canada became the second country in the world to legalise its possession and recreational use of cannabis. It has created a legal cannabis industry [File photo]

The report concluded that the law has had an important and limiting effect on consumption.

It said: ‘The existing law does mitigate the risk that cannabis poses. Although there has been a slight uplift in recent years, cannabis consumption has been falling for nearly 20 years in the UK.

‘A great many people do take the law seriously and, to many, the law continues to deter them from using a harmful substance.’

Advocates of legalisation say it would make cannabis safer by allowing government regulation.

The CSJ report accepts that state-backed cannabis would include less potent and less dangerous forms of the drug.

But it warned that cutting back on the psychoactive element risked making it more popular.