The colourful plastic building bricks have been a favourite with boys and girls for generations.

But parents who gave their children Lego sets this Christmas may have been fuelling sexism, education experts claim.

They say Lego encourages boys and girls to play with its sets in different ways that reinforce gender stereotypes.

Researchers say Lego Friends kits, sold in vast numbers in the UK, are aimed at girls and focus on cooking, cleaning and washing dishes. In contrast, Lego City sets encourage boys to be brave, heroic and ‘save the day’.

Building gender stereotypes? Lego City (pictured) has been accused of encouraging boys to be brave, heroic and ‘save the day’

Researchers from the University of California’s School of Education cited examples of girls being instructed to try out make-up and bubble baths, with far fewer chances to explore professional roles, while boys could play at being astronauts, firefighters, doctors and rescue divers.

Lego insists Lego Friends is not marketed at girls – although the five main characters are female. It says children of both genders can play with Lego Friends and Lego City.

However the research claims the sets target girls and boys differently. Dr Stephanie Reich, lead author of the study, said: ‘When we look at these different sets, we find boys being encouraged to think of themselves as experts who have a high level of education. They are professionals who can face danger, they are architects, explorers and even racing car drivers.

‘Girls, if they even have a job, are bakers and fashion designers or working to help other people. They are practising at skills and trying very hard, but they are not experts like the boys.

Researchers say Lego Friends kits are aimed at girls and focus on cooking, cleaning and washing dishes. The company deny the sets are marketed at girls

‘It is really stark and it is disappointing, when you hope that childhood toys like Lego will encourage girls into science, technology and engineering jobs.’

Lego Friends tells children how to play with a female character, saying: ‘Help her practise with her make-up in front of the big vanity mirror after a nice long bubble bath in the bathroom.’ Another blurb adds: ‘Choose the perfect accessory to complement Emma’s new hairstyle before showing her the new look in the mirrors.’

Words such as ‘pretty’ and ‘beautiful’ are used to refer to appearance – but such terms are not in Lego City sets, which include many male mini-figures, including coastguards, police and firemen. 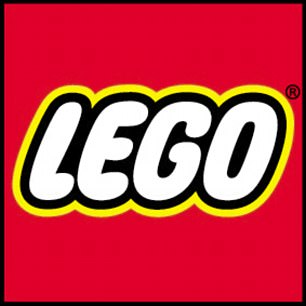 Instructions from Lego Friends include ‘help the girls cook’, ‘bake and create a garden party’ and ‘wash the dishes before setting up the sunbed’. No Lego City sets involve domestic work, says the study, published in the journal Sex Roles. And while a female pilot ‘can even fly all by herself’, a male pilot is ‘ready for fast-paced stunts’.

Lego said: ‘We aspire to make creative play experiences that all children – no matter cultural background, personal interest or, for that matter, gender – find interesting and exciting to engage in.’

The firm’s spokesman added: ‘I would like to stress, that the Lego brick and the Lego system invites all children to use their fantasy and creativity to construct new models and stories. We are also very mindful of ensuring that there are strong characters that children can relate to and be inspired by in all our themes.’