‘The game is not the same. It can’t be’: Leicester boss Brendan Rodgers to organise practice games at the King Power Stadium to help his players adapt to playing behind closed doors

Brendan Rodgers will organise practice games for his Leicester team at the King Power Stadium to help them adapt to playing behind closed doors.

Leicester, third in the Premier League, will resume their campaign at Watford on June 20, the first of nine games standing between them and Champions League football next season.

The Foxes’ campaign has been built on fine home form: they have won nine and drawn three of their of 15 league games in front of their own fans, a record second only to Liverpool’s. Yet Rodgers acknowledges his players must adapt quickly now their supporters will no longer be cheering them on.

He said: ‘We’ll have some practice games in our own stadium before we play. So we’ll play at the King Power Stadium, so they’ll feel and get a sense of that.

‘The game is not the same. It’s absolutely not. It can’t be. However, it’s what we have to do. The intensity and commitment of the players will still be there.

‘We’d obviously love our supporters to be there but there won’t be any. However, we’ll have a cause we’ll be fighting for. 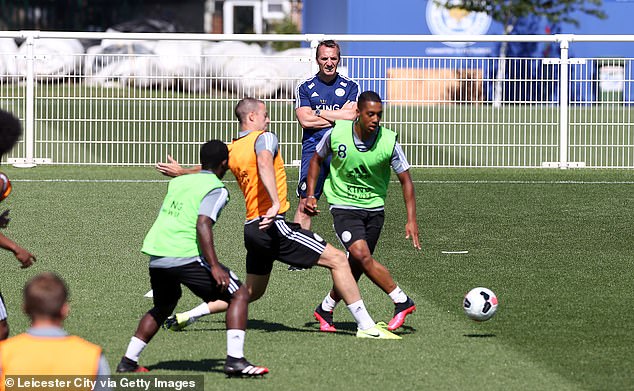 ‘It takes away that home advantage for sure. Every team loves playing at home. We love that whole build-up to a game at the King Power and the fusion between the players and supporters, it makes it a really difficult place to come.

‘Of course, if home teams don’t have that, it’s just about the game, and puts it onto a level playing field. It will be strange, it will be different. But we’ll find ways to cope with that and we’ll look to get the job done.’

Rodgers, who revealed on Friday that he had tested positive for coronavirus in April, has been watching closely as the German Bundesliga returned to action last month.

He is intrigued to see what effect the absence of fans from grounds will have on the English game if it returns on schedule.

He added: ‘Maybe the referees [in Germany at the moment] aren’t influenced so much by supporters? I’ve enjoyed watching it, Bayern Munich’s win at Borussia Dortmund last week in particular. 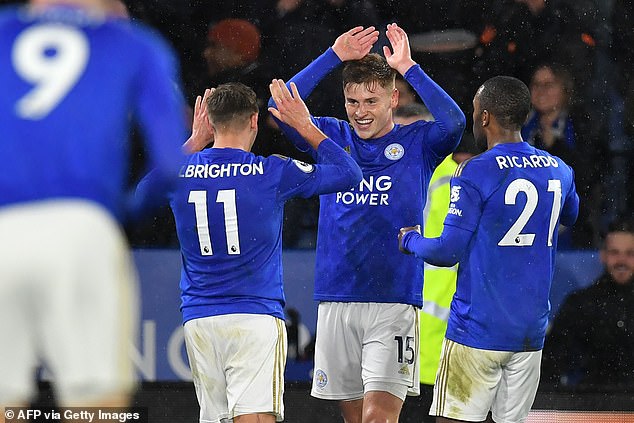 ‘The intensity has been really good and that’s a credit to the players and their focus. And their passion is there. The only thing that is missing is the supporters.

‘It’s a league that you can clearly see that week in, week out. If we get back to playing, I’ve got no doubt the games will be of a high level and the physicality of the team will be very good.’