Steve Borthwick’s England appointment could be held up as Leicester demand £500,000 to release head coach but RFU offer just £200,000… and compensation costs could also delay his key Tigers assistants joining him at Twickenham

Steve Borthwick’s inevitable departure from Leicester to take over as England’s head coach has become the subject of a complex club-v-country negotiation which may yet delay his arrival.

The Tigers let it be known they would not stand in the way of the man who oversaw their Premiership title win last season if the RFU made an approach to re-sign him. That has now happened, but Sportsmail understands haggling has started as Leicester seek to maximise their return for the untimely upheaval.

Well-placed sources claim the East Midlands club have demanded compensation of £500,000 for the mid-season release of Borthwick, and the RFU countered with an offer of £200,000. The gulf between the figures is leading to concerns there will be a hold-up before Borthwick can be unveiled as Eddie Jones’s successor.

Leicester want £500,000 compensation for the mid-season release of Steve Borthwick

There are other complicating factors.

First, Borthwick’s preference is to bring several key assistants from Leicester into the England set-up — Kevin Sinfield, Richard Wigglesworth and Aled Walters. They would have responsibility for defence, attack and fitness respectively. In theory, with Borthwick needing to front the England operation, there would be a chance for Richard Cockerill to retain his job as forwards coach.

The prospects are not looking so good for Jones’s other coaches, Matt Proudfoot, Martin Gleeson and Brett Hodgson.

However, Borthwick may have to wait for Sinfield, Wigglesworth and Walters, as their moves would create significant extra compensation costs for the RFU.

Leicester have big debts and are determined to gain a hefty sum for the raid on their management team. 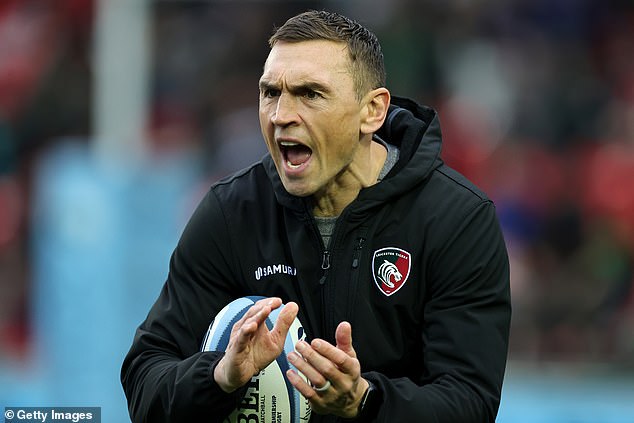