The Tigers avoided a third successive league defeat thanks to centre Kyle Eastmond’s first-half try, plus four penalties and a conversion from fly-half George Ford.

Sale took an early lead when wing Marland Yarde rounded off a flowing move, while hooker Rob Webber and substitute Curtis Langdon touched down during the final quarter.

The Sharks are still without a Premiership away win since March and it is 10 years since they triumphed on Leicester soil.

It could, though, have been a different story if scrum-half Will Cliff had not missed all three of his kicks at goal, and a losing bonus point proved scant consolation after they outscored Leicester 3-1 on tries. 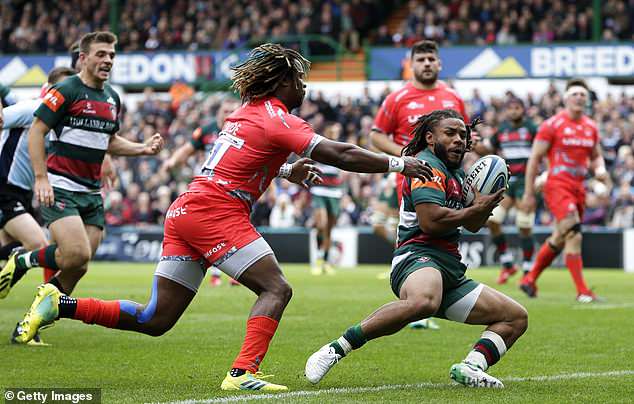 The game proved to be a pale shadow of most league games so far this season – high-scoring contests littered with tries – but Leicester will just be relieved to have rediscovered a winning formula.

It was not pretty, and they often had to defend for long periods, yet Leicester jumped above Northampton and Bristol in the table ahead of tackling Saints at Twickenham next Saturday.

Manu Tuilagi missed out for Leicester due to a leg injury, so Eastmond partnered Gareth Owen in midfield, with fit-again Adam Thompstone returning on the wing and England Under-20 international scrum-half Ben White making his first Premiership start.

And Sale settled quickly, impressively going through attacking phases before Yarde launched a counter-attack and after important contributions by his fellow wing Denny Solomona and full-back Byron McGuigan, the former Harlequins speedster crossed unmarked for a try.

Cliff’s conversion hit the post, but Leicester responded strongly and unlocked Sale’s defence following a smart Owen half-break and clever pass that gave Eastmond his first Tigers try since he joined them from Wasps.

Ford’s conversion edged Leicester ahead, but while there was plenty of attacking intent from both sides, their league positions – both were in the Premiership’s bottom third before kick-off – underpinned two teams striving for confidence.

A Ford penalty nudged Leicester five points clear after 24 minutes, and they looked to have increased their lead when England wing Jonny May sprinted clear from 60 metres, but the final pass to him was rightly ruled forward. 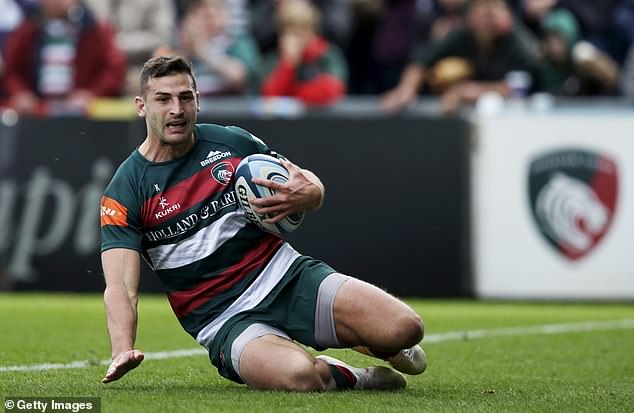 Ford’s second successful penalty opened up an eight-point advantage just before the break, but it was not a half to live long in the memory.

Despite conceding an interval deficit, Sale were far from out of the contest and they went through 17 phases inside Leicester’s 22 at one stage as they strived to reduce their arrears.

But they were not helped by making numerous mistakes, especially in the lineouts, where misdirected throwing-in twice cost them promising attacking positions.

A forward surge resulted in Webber touching down to keep pressure on Leicester, before Ford completed his penalty hat-trick and then landed a 50-metre kick to seal the points, although Langdon touched down late on to give Sale a point.