Maguire made what could be his farewell appearance for Leicester in a pre-season friendly at Stoke on Saturday with talks continuing over an £80million move to Old Trafford.

United have so far offered £72m for the 26-year-old England defender with additional bonus payments due based on trophies and finshing in the top four.

However, given that United have failed to qualify for the Champions League in three of the six seasons since Sir Alex Ferguson retired, Leicester want a higher guarantee in case United continue to struggle.

There is still an expectation that a deal can be thrashed out between the clubs this week that suits both parties.

Leicester’s owner Top Srivaddhanaprabha wants to justify Maguire’s departure by pointing to a world-record fee for a defender that surpasses the £75m paid by Liverpool to Southampton for Virgil van Dijk, of which £70m was up front. 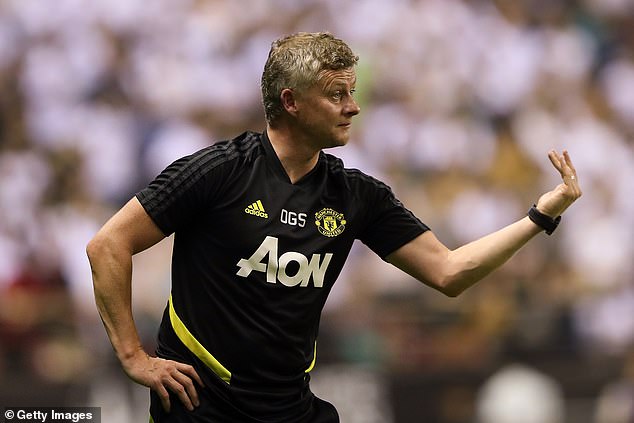 United’s negotiator Ed Woodward prides himself on being a good negotiator and doesn’t want to be seen as having been exploited in the Maguire deal.

While frustrated at the length of the transfer saga, Maguire hopes his good conduct throughout will help Leicester reach an agreement with United.

The popular centre-half, who became a national hero for his performances at last year’s World Cup, has made himself available for all of Leicester’s friendly games this month in order to maintain his fitness.

And while he has privately told manager Brendan Rodgers he would like to join United, he has not put pressure on the club by putting in a formal transfer request.

The final 10 days of the transfer window promises to be hectic for United who have plenty of ground to make up on rivals following last season’s distant sixth-place finish. 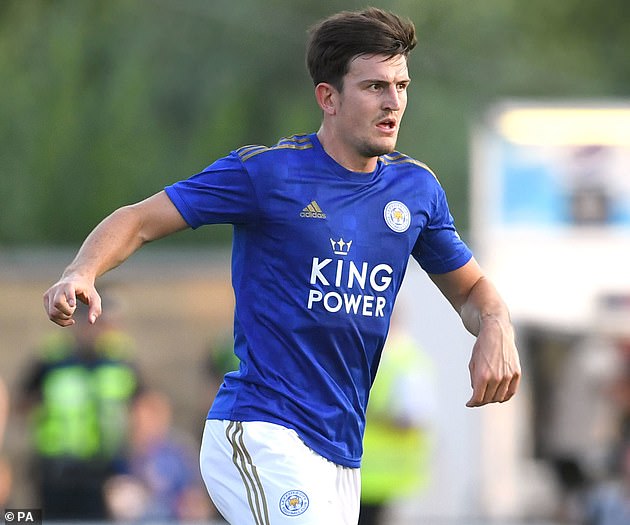 Maguire is Ole Gunnar Solskjaer’s No 1 centre back target, but Leicester want £80million

Manager Ole Gunnar Solskjaer has only signed youngsters Aaron Wan-Bissaka and Daniel James so far and wants another top-class midfielder to join Maguire, with Tottenham’s Christian Eriksen under consideration.

Real Madrid manager Zinedine Zidane is also pushing his club to make a £150m bid for Paul Pogba once Gareth Bale leaves the Bernabeu though United are adamant they are not encouraging any interest from the Spanish giants.

They are likelier to let Romelu Lukaku leave with Inter Milan and Juventus interested. The Belgian hasn’t played for United during pre-season because of a minor injury and fears being priced out of a move by a £75m price tag.

Maguire’s situation is similar to Kieran Tierney at Celtic with the Scottish club unhappy with the way Arsenal’s £25m bid has been structured in terms of bonuses and the length of time for payments. 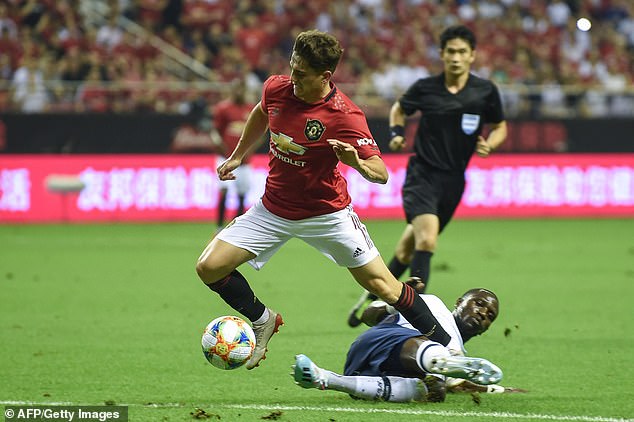