Leicester have launched talks with Sassuolo over a sensational move for winger Domenico Berardi in the January transfer window.

The sought-after winger was one of the stars of Euro 2020 and played a crucial role in making Italy champions.

The Foxes had made their interest in Berardi clear in the summer transfer window, but reportedly had a £35million bid turned down. But now they are in the box seat to sign Berardi in this winter, according to Calcio Mercato. 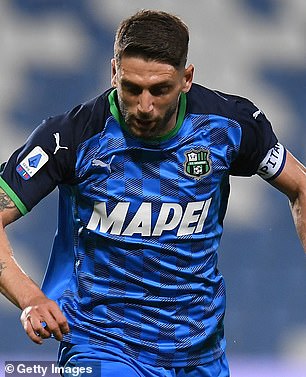 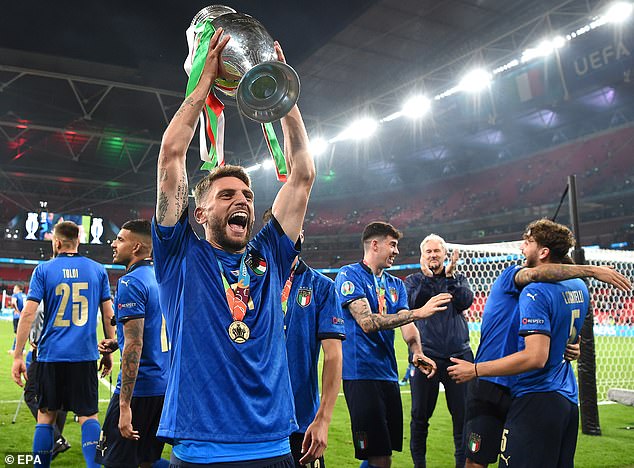 Berardi, 27, was one of Italy’s key players in their triumphant Euro 2020 campaign in June

The Italian outlet reports that Brendan Rodgers’ side have opened ‘in-depth talks’ over Berardi, with the 27-year-old reportedly having told Sassuolo that he wants to leave the club.

Chelsea, West Ham and Borussia Dortmund were also keeping tabs on Berardi over the summer, who contributed two assists in Italy’s Euro 2020 campaign.

But his league form for Sassuolo caught the eye of many admirers, with Berardi scoring 17 goals in 30 Serie A appearances last season, and providing eight assists.

Serie A sides AC Milan, Lazio and Fiorentina have also shown an interest in Berardi, but reports in the summer suggested he is more likely to leave his home country should he depart. 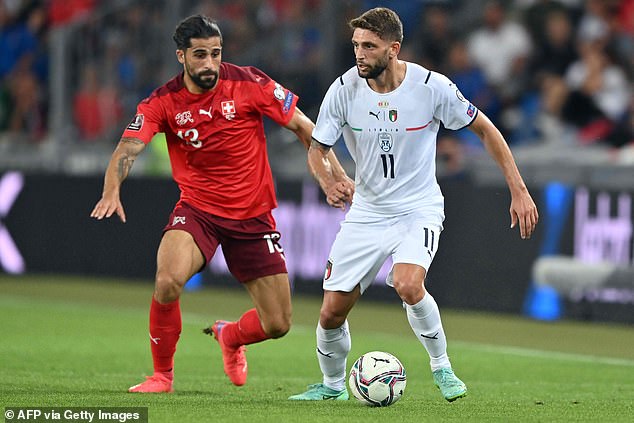 Berardi has two years remaining on his contract, but Calcio Mercato report that Sassuolo have now put a €35million (£30m) price tag on him having accepted that he will likely leave.

It is an abrupt turnaround for the Italian side, which did not sanction a transfer for Berardi late in the summer because they would not have enough time to replace him.

‘No offer has formally arrived for him,’ Sassuolo chief executive Giovanni Carnevali told Corriere della Sera at the time.

‘We will not consider any negotiations in any case.’