Brendan Rodgers has revealed that James Justin suffered a ruptured Achilles during Leicester’s 3-0 Carabao Cup win against Newport County on Wednesday, and he is now likely to miss the rest of the season.

Having put Leicester in front just before half time, Justin had to be stretchered off just after the hour mark, and Rodgers has confirmed that it is a serious injury.

With Ben Chilwell ruled out the World Cup with a knee injury, it appeared that Justin could be in contention to make Gareth Southgate’s World Cup squad on Thursday. However, his injury ended those hopes, and he is now set for a extended spell on the sidelines. 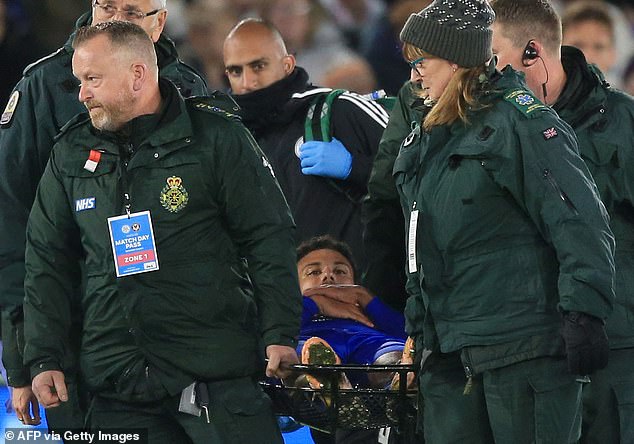 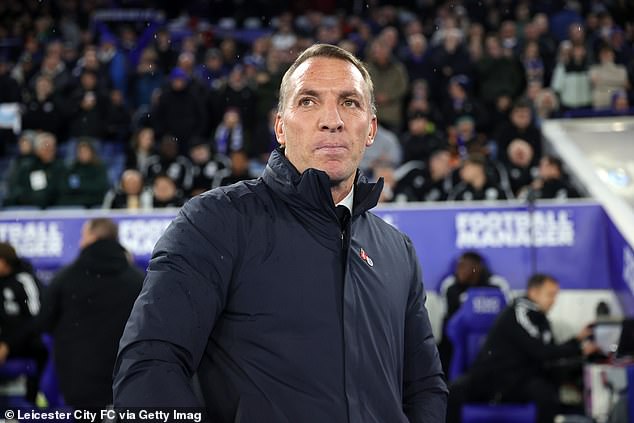 Speaking at his pre-match press conference on Thursday ahead of Saturday’s trip to West Ham, Rodgers said: ‘Sadly he is having an operation tonight, he has ruptured his Achilles.

‘It is a huge disappointment for us all, having been out before and coming back and getting back to his level.

‘He probably would have been close to Gareth’s plans. We were all hugely disappointed for him after the game. That’s two players we have lost to that injury this season.

‘He will have his operation this evening and it will probably put him out for the rest of the season. We will see how he recovers and go from there. We wish him a speedy recovery, he is an important player and hopefully he can get back bigger and stronger.’ 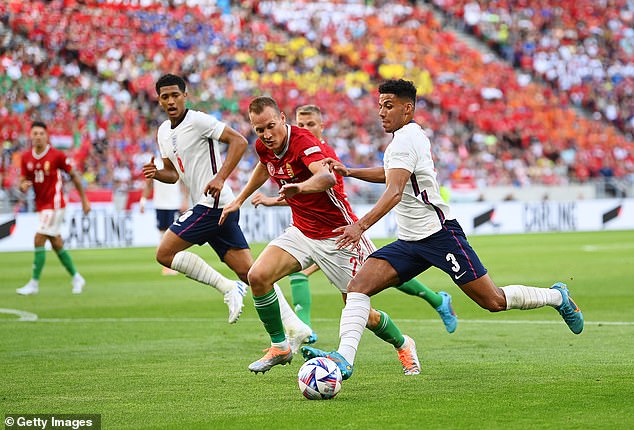 James Justin made his England debut in June, but will not be featuring at the World Cup

Justin’s setback is a cruel blow for the defender who only returned in January from a cruciate ligament injury that had kept him out for 11 months.

The 24-year-old went on to make his England debut against Hungary in June, and could have been considered as an alternative to Luke Shaw at left wing-back in Qatar.

Instead, Southgate has opted to take Shaw has his only natural left-back for the tournament, and is now likely to rely on Kieran Trippier as cover, with the Newcastle defender having played on either flank for the Three Lions in the past.