Leicester goalkeeper Kasper Schmeichel has been used to living in the shadows.

His father won five Premier League titles, a Champions League, the FA Cup three times as well as the League Cup and the UEFA Super Cup on one occasion in an illustrious eight-year spell at one of the biggest clubs in the world. 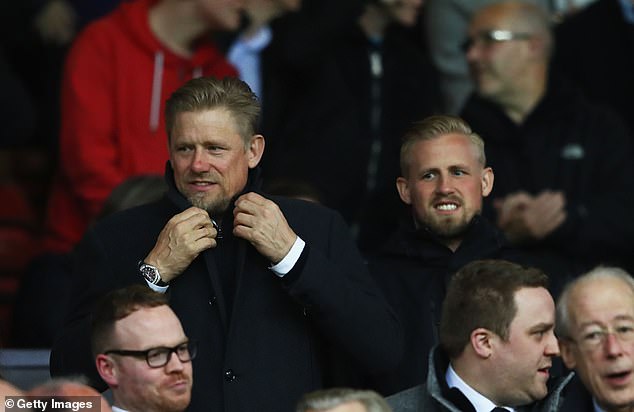 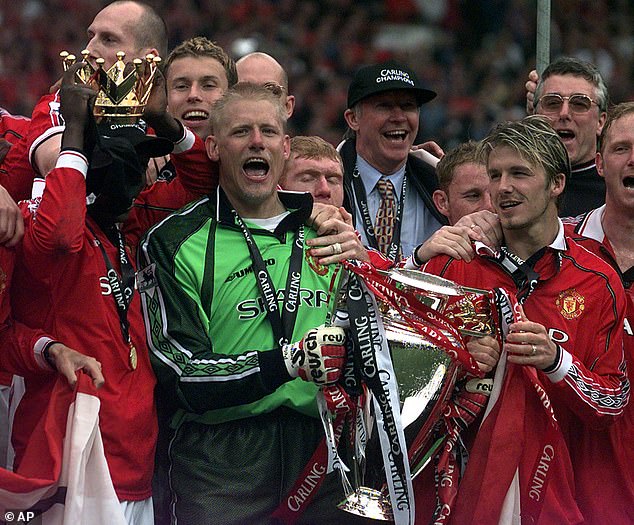 Following in the footsteps of one of the best goalkeepers in Premier League history was never going to be an easy ride.

Schmeichel previously admitted that growing up as the son of an Old Trafford icon almost deterred him from a career in football.

‘There was a point in my life where I had enough of football,’ he said.

‘Football was so over-awing, so intense, just everything in your life. You couldn’t go anywhere, really, with my dad and the circus around football became too much for me at a young age.

‘I fell back in love with it probably around 13-14. It was much to do with the camaraderie, the team-work and being part of a team. Training every day – I loved everything about that.’

Leicester are reaping the rewards of Schmeichel restoring his passion for the game as they look to halt Liverpool’s title charge on Boxing Day. 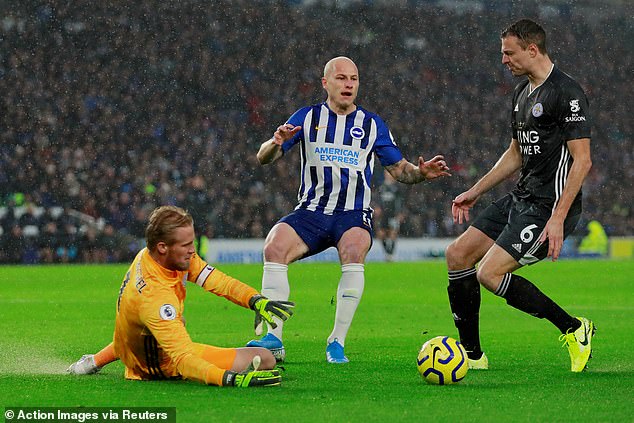 With the Foxes challenging the Reds for Premier League glory, the 33-year-old continues to show that he is just as valuable to his club as his famous dad used to be.

He is the last line of the best defence in the English top flight – Brendan Rodgers’ side have conceded just 14 goals in 18 games in this campaign.

In the past Schmeichel has had to play second fiddle to the aforementioned big-name goalkeepers, who come with hefty price tags.

But the Foxes keeper has become one of the top shot-stoppers in the Premier League. 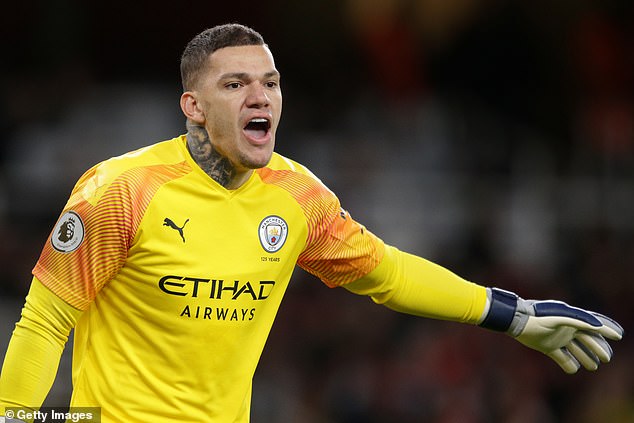 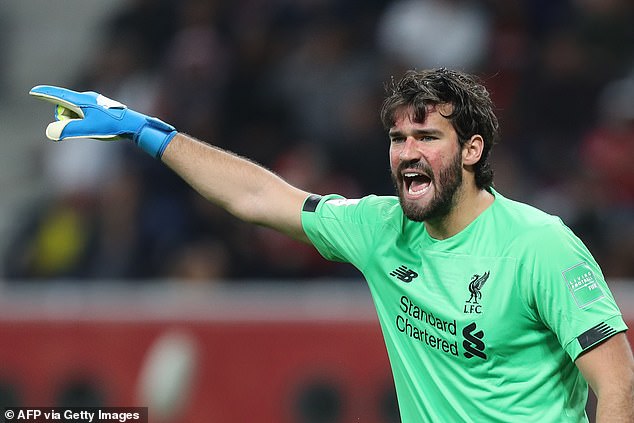 As well as keeping seven clean sheets, he is averaging 116 minutes per goal conceded while Arrizabalaga averages a goal conceded every 61 minutes and De Gea every 71 minutes following the same number of matches (17).

While Schmeichel also only has a lower save percentage than Liverpool No 1 Alisson. Alisson has a save percentage of 78.3 per cent while the Foxes man’s is 76.7 per cent.

In comparison De Gea has a save percentage of 71.4 per cent, Ederson’s is 70.4 per cent and Arrizabalaga’s is considerably lower at 55.4 per cent.

Just last month Rodgers praised his No 1 and claimed he was at the same level as Brazilians Ederson and Alisson.

‘Is he up there with Ederson and Alisson? Absolutely no question. He is one of the top goalkeepers in European football. Hopefully you’re seeing all his qualities,’ he said. 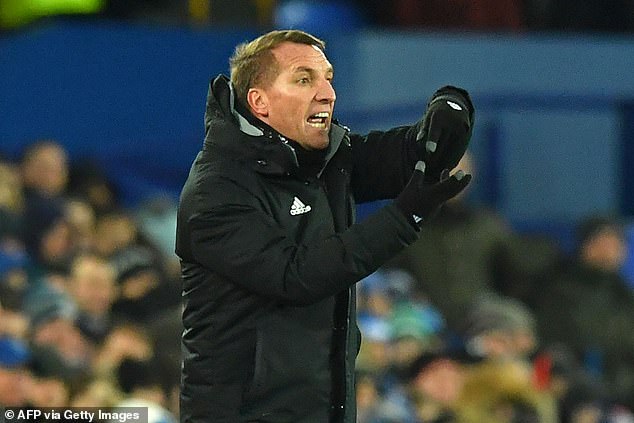 The stats show that he is at the top of his game and is an important player in Rodgers’ high-flying Foxes side.

Schmeichel’s career, however, did not get off to the best of starts following his progression from the youth ranks at Manchester City.

He struggled to make an impression at the Etihad and was sent out on loan to Darlington, Bury, Falkirk, Cardiff and Coventry.

‘He probably doesn’t get the credit he deserves, there’s no doubt about that. Everyone talked about his father but this is a boy who in his own right has come through the hard way. He has been out on loan, been up to play in Scotland,’ Rodgers added.

It has been during his time at the King Power that Schmeichel has come of age. After gaining vital experience at Notts County and then Leeds, he made the switch to the Midlands club eight years ago for a bargain price of just £1.25million. 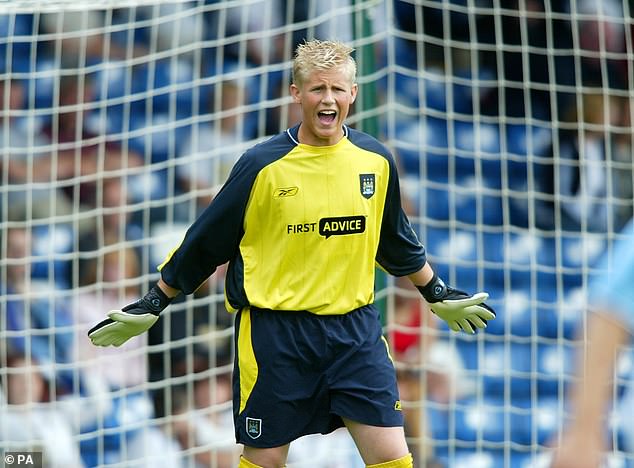 Schmeichel’s career, however, did not get off to the best of starts – he struggled at Man City 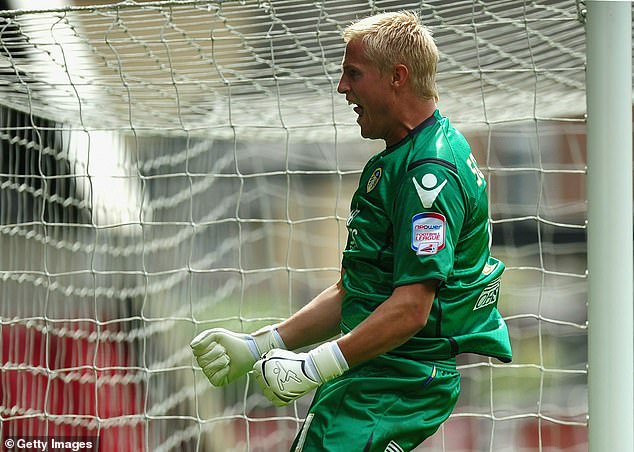 Save percentage: 73.3 per cent

A season later his impressive performances between the sticks saw him win his first cap for Denmark and after helping take the Foxes back into the Premier League he played an integral role in Leicester’s Premier League triumph.

Finally, Schmeichel had emerged out of his father’s silhouette by lifting the Premier League title in the 2015-16 season.

He kept 15 clean sheets and had a save percentage of 73.3 per cent during that title-winning campaign.

The goalkeeper has been linked to moves away from the club, including previous reports of interest from European giants Real Madrid, but he has been a key figure within the Foxes dressing-room. 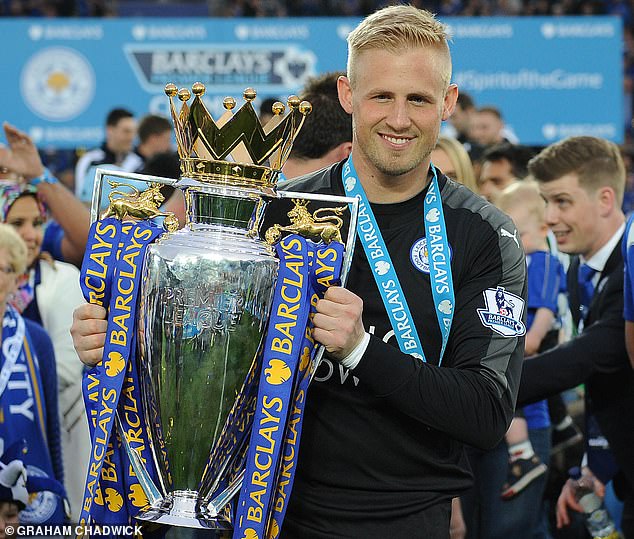 Schmeichel witnessed the tragedy which took the life of club owner Vichai Srivaddhanaprabha and four others last year.

He was the only player left at Leicester’s stadium following the league match against West Ham when the helicopter carrying the owner crashed.

Schmeichel tried to help as he and several others ran outside to the scene but were held back around 100 yards away.

‘I was on the pitch and I waved him off,’ Schmeichel said. 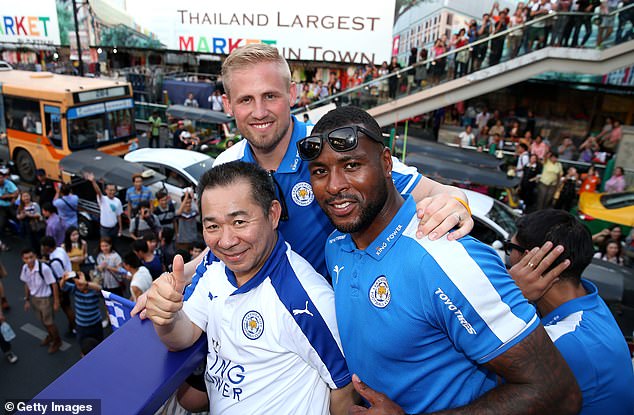 Srivaddhanaprabha brought Schmeichel to the club and following the tragedy in October 2018 the goalkeeper spoke of the Thai businessman with dignity.

‘When he took over this club it was in a pretty precarious situation, and to build what he has is quite amazing,’ he said.

‘It’s one thing building a team and a club that can perform on the pitch, but we’re more proud of the family that he’s created and the feeling he’s instilled in everybody being welcome.

‘It doesn’t matter who you are or what kind of position you have at the club. Whether it be player, staff, stadium staff, security – whatever it may be – everyone is equal and part of the family.’ 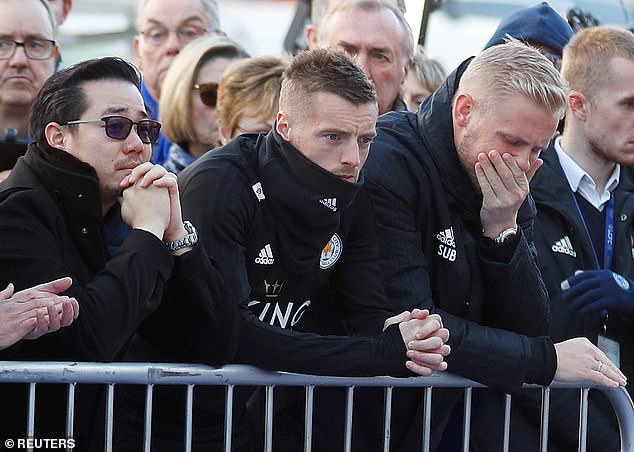 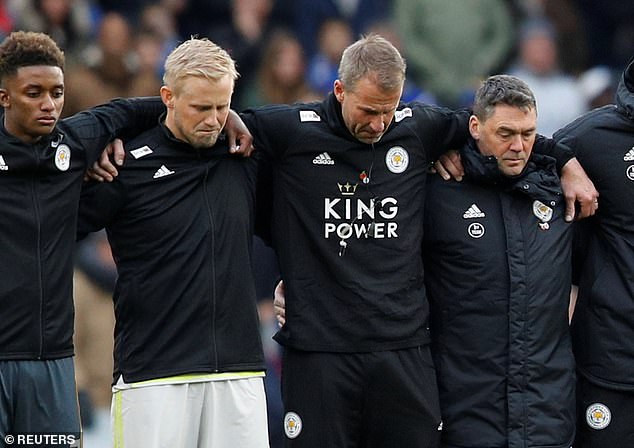 On the weekend of the anniversary of Srivaddhanaprabha’s death this year, Schmeichel, who captains the Foxes, was part of the side that thrashed Southampton 9-0 – a fitting tribute.

The clean sheet meant that he had equalled his father’s record from the 1994-95 season with United and Peter praised his son after becoming the second goalkeeper to not concede in a 9-0 win.

‘You can never imagine it, to play under the [tag of] “Peter Schmeichel’s my dad”. But that’s something he’s had to fight with all his life,’ Rodgers said last month.

‘And now it’s about Kasper Schmeichel, which he’s thoroughly deserved. He looks after his body. He’s fit, you see how lean he is, and that helps his concentration. He’s got great energy and he’s a real leader within our squad.’

Schmeichel has not hidden but instead has moved out of the shadows at Leicester and will leave a huge gaping hole at the club when he leaves. 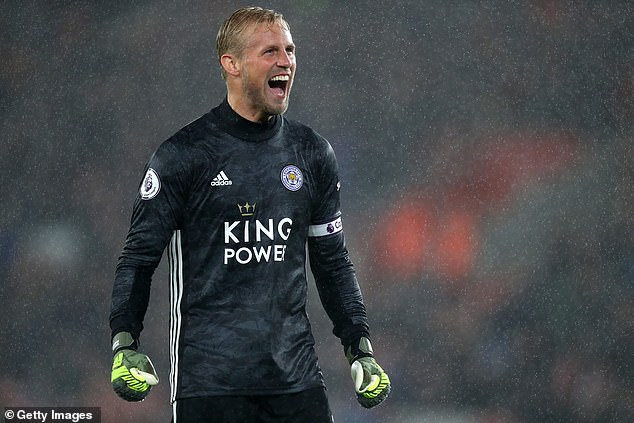