Leigh Wood lit up the dark Essex skies of Eddie Hearn’s back garden with a stunning victory to capture a slice of the WBA featherweight world title and kickstart a new era of British boxing on DAZN.

The Nottingham fighter sunk to his knees after stopping China’s Xu Can with a near-punch-perfect display of boxing that culminated in a brutal final-round barrage.

It capped a fine first night for Matchroom since Hearn took his stable from Sky Sports to the streaming service. 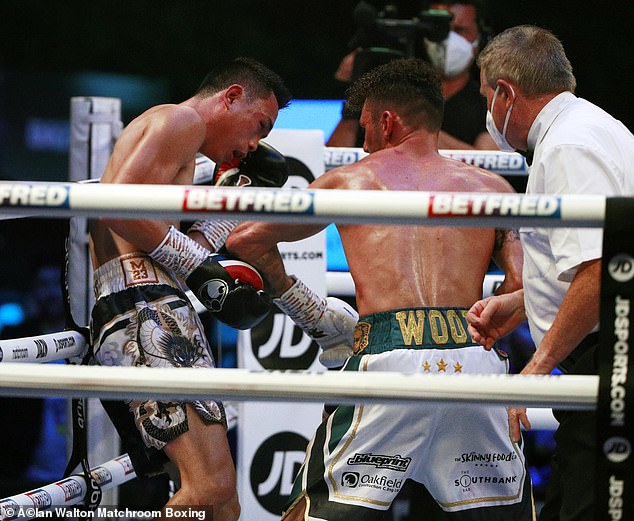 The partnership stumbled before its first step when Conor Benn tested positive for coronavirus two days before he was slated to top this opening bill.

His fight with Adrian Granados had to be pulled but the show survived, meaning 300 fans still filed down this country lane and on to the lawn of Matchroom HQ. Among them? Watford striker Troy Deeney and comedian Rob Beckett – no bucket hat this time, mind.

Hearn first hatched a £5million plan to stage shows at his Essex home as boxing limped out of the initial coronavirus shutdown. A year on, Fight Camp returned with less eerie silence and rather more razzmatazz as DAZN put on a self-styled ‘festival’ of boxing at £750 a pop.

The line-up was headlined by Wood, who broke down Can with the performance of his career. The secondary version of the WBA title was on the line and Hearn had mentioned putting Can in with the winner of Jazza Dickens and Kid Galahad, who meet for the IBF crown next week. Wood had other ideas. 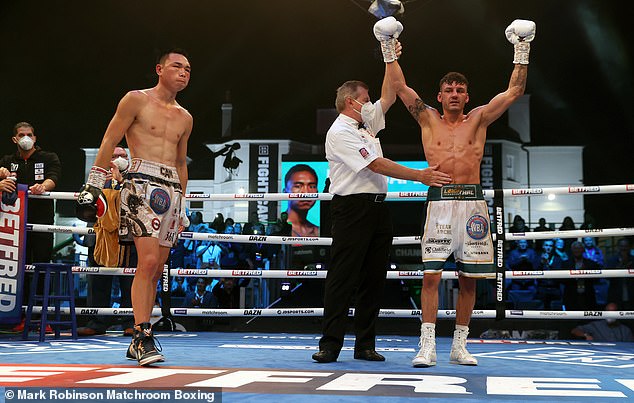 Roared on by the fervent Nottingham support in the crowd, Wood claimed the WBA title

The underdog was roared on from ringside by fervent Nottingham support and soon he was saluting the crowd after every round.

He landed uppercuts and body shots throughout and began to expand his artillery as Can became an increasingly stationary target. Then, in the final round, he floored Xu with a right hook before closing the show in style.

That brought down the curtain on a night which began with former GB amateur star Sandy Ryan, who picked up the first win of her professional career by outpointing Kirstie Bavington before the DAZN cameras started rolling.

Soon it was time for the Meat Cleaver from Little Lever to take centre stage. Jack Cullen’s clash with Avni Yildrim was one of the more curious match-ups of recent times but over 10 rounds it developed into a brilliant tale as Cullen secured a unanimous points win. 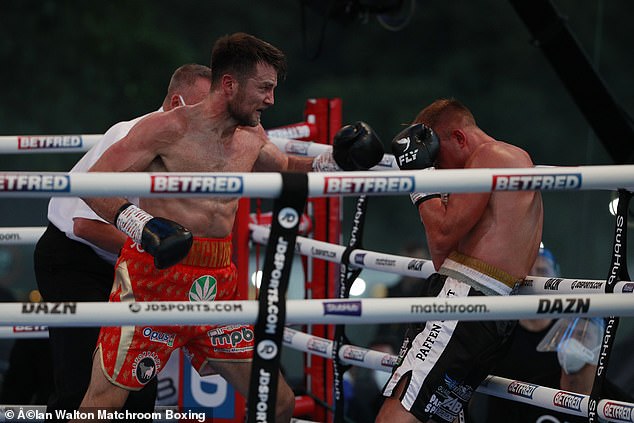 Turkey’s Yildrim was looking to bounce back from defeat by Canelo Alvarez. Instead, he was outboxed to the delight of Cullen’s pocket of purple at ringside.

Liverpool’s Anthony Fowler then bludgeoned tough German Rico Mueller to set up a local grudge match with Liam Smith in October. The German’s choice of ring music, the soundtrack to Scarface, proved prophetic as in rounds six, seven and eight his own whiskers were brutally disfigured. Eventually, the referee stepped in.

No such drama for Campbell Hatton as his professional apprenticeship continued with a comfortable points win over Poland’s Jakub Laskowski. The 20-year-old Hurricane moves to 3-0 after another night spent learning his trade in the whirlwind of the biggest stage. 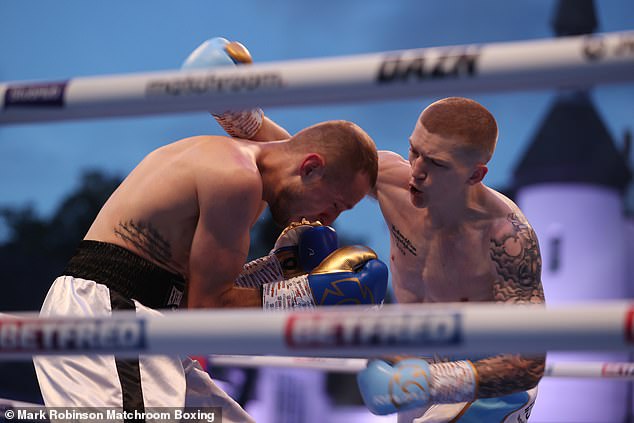 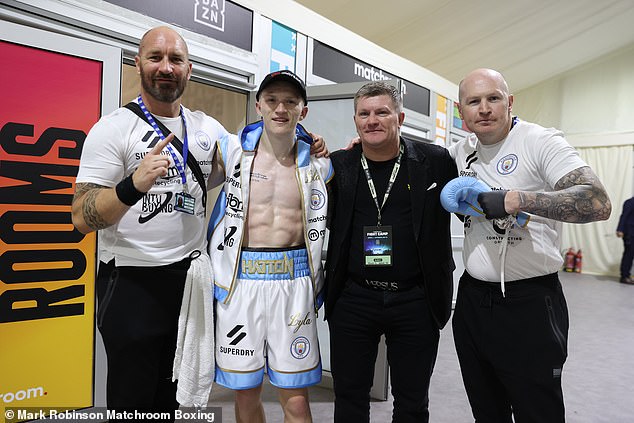 The evening’s chief support, Tommy McCarthy’s cruiserweight clash with Chris Billam-Smith, had threatened to steal the show and, over 12 attritional rounds, the fight spat and bubbled all the way to a fiercely contested split decision.

It hardly needed the added spice of Carl Frampton, a water carrier for one night only in the McCarthy camp. His fallout with Billam-Smith’s corner – Shane McGuigan and family – spilled into the open and through the courts long ago.

Away from that sideshow, McCarthy rocked Billam-Smith in round one but by the end of the fifth he had been hurt and cut badly above his right eye.

He suffered another nick on his other cheek but still thought he had done enough come the final bell. Unfortunately, two of the judges disagreed, meaning Billam-Smith added the British and European titles to his Commonwealth crown. 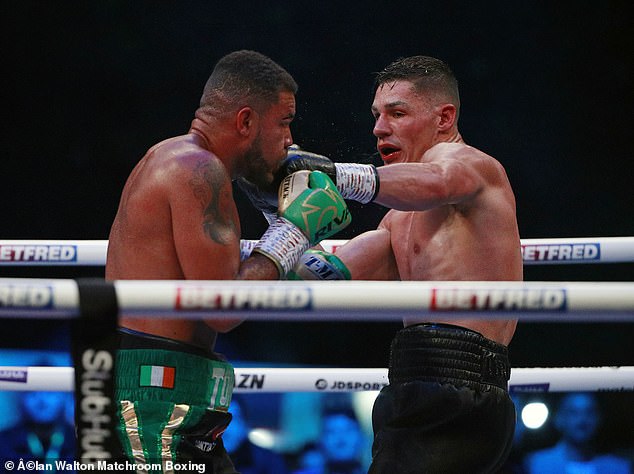 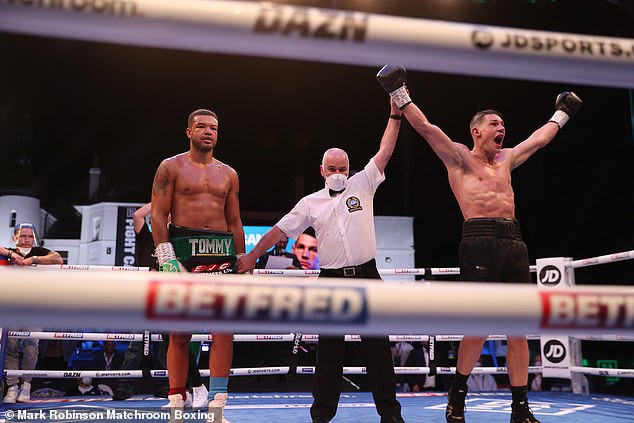