Len McCluskey has insisted that Brexit and the media was to blame for Labour’s heavy election defeat, while adding that Jeremy Corbyn’s policies were ‘extremely popular’.

The union boss, 69, was speaking to John Pienaar on BBC Radio 5 live and claimed that, going forward, Labour had to continue being a ‘radical alternative’ to the Conservatives.

Mr McCluskey is the General Secretary of Unite the Union, which is the largest affiliate and a major donor to the Labour Party.

When pressed on why the election went so wrong for the Labour party, he pointed the finger at Brexit, the media portrayal of leader Jeremy Corbyn and confusion caused by ‘too many policies’.

He said: ‘My biggest fear came home to roost on Thursday night – that in our heartlands in the North and Midlands Labour failed to understand peoples strength of feeling about Brexit.

‘The right wing media wanted it [the election] to be about Brexit. We tried to talk about other issues. We obviously failed.’

Mr McCluskey accepted that Mr Corbyn was an ‘issue’ on the doorstep but said that media portrayal was to blame.

He said: ‘No doubt he became issue on the doorstep because for the last four years, every single day, he has been attacked unmercifully in a way no politician ever has by the media.

‘It’s not a question of whether people can think for themselves, it’s just every single day, vicious and constant attacks on an individual, eventually that seeps into the psyche of people.’

However, the union boss did accept that people struggled to trust Labour would keep all of the promises in their manifesto.

He said: ‘All of Labour’s policies were extremely popular. The problem is when they were put together there was a question of credulity. Could Labour really deliver all of this? 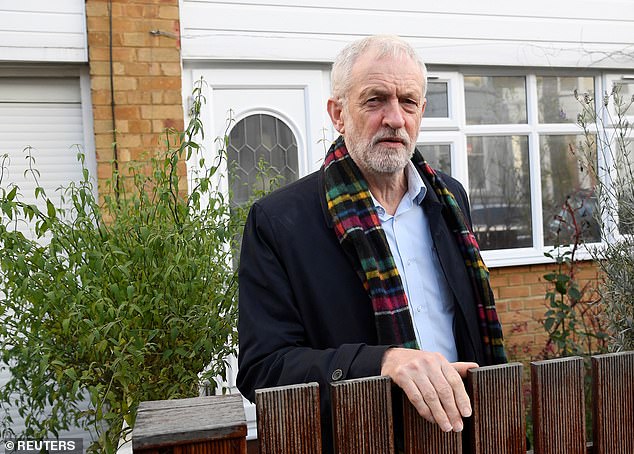 ‘We had too many policies. We should have prioritised.’

However, he also passionately defended Mr Corbyn, claiming that he had ‘changed politics forever’.

He said: ‘He will go down in history as a man along with John McDonnell who has changed British politics forever.

‘They should be proud. Jeremy took us to within touching distance of power two years ago. He has changed politics forever.

‘We will have a Labour Party consistently now offering an alternative to the dire austerity that the Tories have been pending for years.

‘My message to Labour Party members is yes you will be devastated but remember why you joined the Labour Party.

‘It is because we stand for fairness decency and justice. We need that now more than ever.’