Lena Dunham has taken her clothes off for a very special portrait that involved no clothing.

The 31-year-old Girls actress posed in nothing but body paint for her mother Laurie Simmons, who is a professional photographer.

And in her caption, the ex of Jack Antonoff said she was trying to emulate one of her idols Audrey Hepburn as she noted ‘curvy girls can do Audrey too.’

No attire: Lena Dunham has taken her clothes off for a very special portrait that involved no clothing 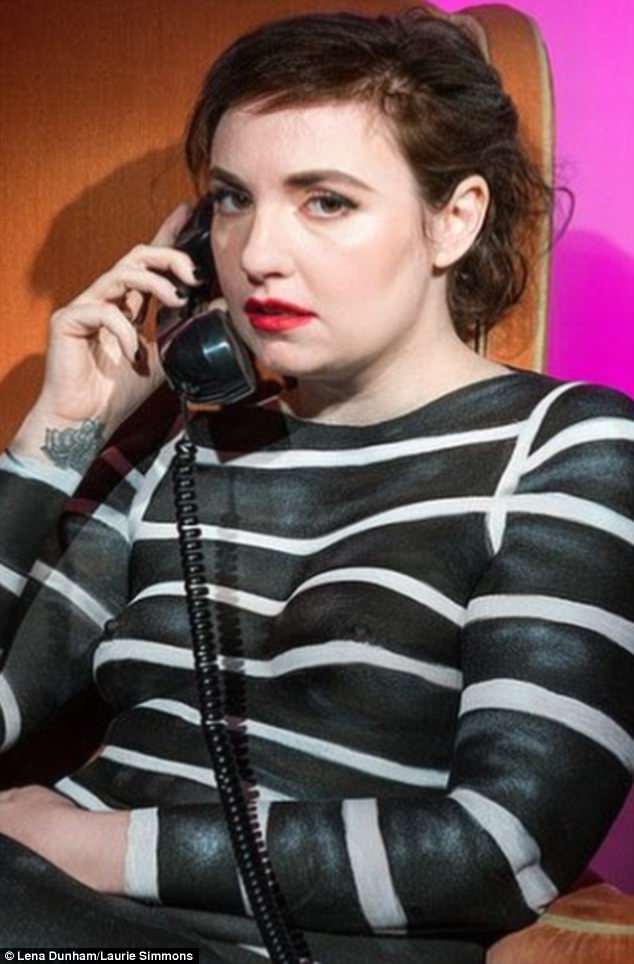 Done up: The cable TV favorite is holding onto an old-fashioned black phone as she pouts in ruby red lipstick while having one arm over her lap

Lena is seen sitting in a large orange chair that appears to be vintage.

The cable TV favorite is holding onto an old-fashioned black phone as she pouts in ruby red lipstick while having one arm over her lap.

The brunette has her feet up on the arm of the chair and in the background is a pretty pink curtain. 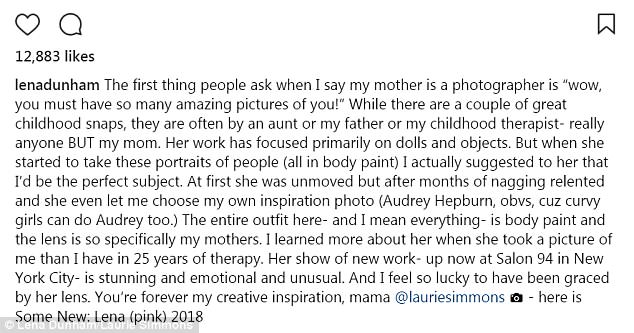 She wrote quite a bit: The star explained how the portrait came to be and why she begged her mother to include her in the first place

Lena reveals that she pushed her mother to take the photo of her in her series of women in body paint.

And she was more than happy to dress in a black and white top with black leggings to look like Hepburn, most likely from the 1960s.

Dunham’s caption began: ‘The first thing people ask when I say my mother is a photographer is “wow, you must have so many amazing pictures of you!” While there are a couple of great childhood snaps, they are often by an aunt or my father or my childhood therapist- really anyone BUT my mom. 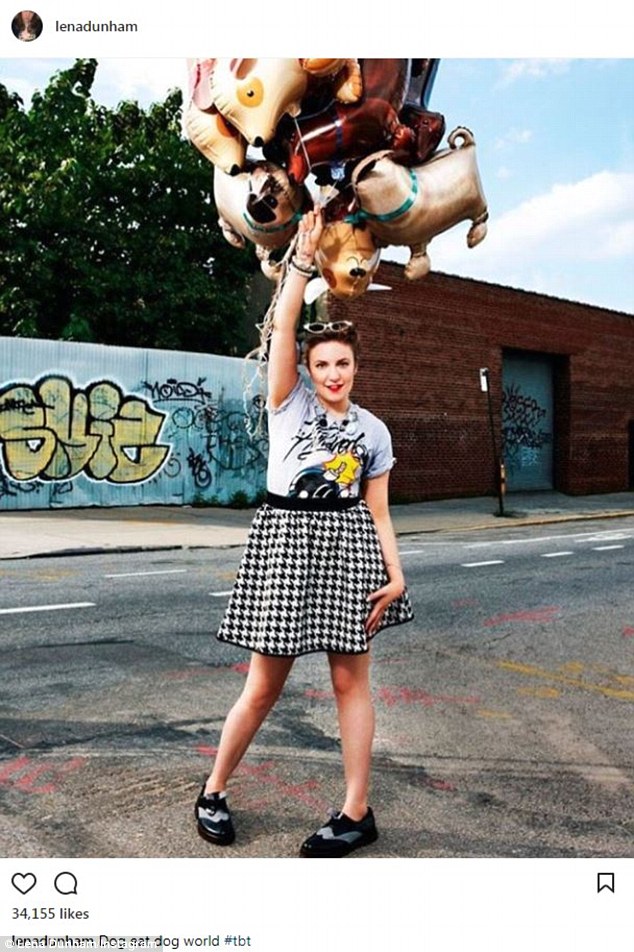 A little more fun from this Girl: The TV standout in a throwback photo with dog balloons

She then explained that her mother doesn’t usually take photos of real people: ‘Her work has focused primarily on dolls and objects.’

And then it changed.

‘When she started to take these portraits of people (all in body paint) I actually suggested to her that I’d be the perfect subject,’ said the New York native.

‘At first she was unmoved but after months of nagging relented and she even let me choose my own inspiration photo (Audrey Hepburn, obvs, cuz curvy girls can do Audrey too),’ said Lena.

‘The entire outfit here- and I mean everything- is body paint and the lens is so specifically my mothers.

‘I learned more about her when she took a picture of me than I have in 25 years of therapy.

‘Her show of new work- up now at Salon 94 in New York City- is stunning and emotional and unusual.

‘And I feel so lucky to have been graced by her lens. You’re forever my creative inspiration, mama @lauriesimmons – here is Some New: Lena (pink) 2018.’