Credit card borrowers are beginning to see the choice and length of interest-free balance transfer deals shrink in a sign that providers may be reining in lending, amid mounting concerns about rising household debt.

Interest-free terms on credit cards have been steadily rising since they were first introduced in 2000. And in recent years credit card providers have been competing over who was offering the longest free-interest credit card deals, with some balance transfers lasting as long as 43 months.

But analysis by comparison website Moneyfacts.co.uk suggests that the tide is starting to turn, with credit card providers launching fewer deals and shortening the length of zero interest balance transfers over the past six months.

Moneyfacts.co.uk said that the number of introductory interest-free balance transfer deals available to customers has fallen from 126 deals six months ago to 119 this month.

The period of zero interest on balance transfers is also getting shorter, with the average length of a zero per cent introductory deals falling from 669 days six months ago, to 645 days in August.

Lloyds, which has been offering a Halifax-branded card giving customers a market-leading rate of 43 months interest free on balance transfers, has reduced the deal to 38 months last week.

MBNA, which is owned by Lloyds, also reduced the length of interest-free period on one of its credit cards from 41 months to 39 months earlier this year.

At the moment, the longest interest-free term available comes from Barclays Bank with its Platinum 40 Month Balance Transfer Visa, according to Moneyfacts.co.uk.

However, the average introductory balance transfer fee has fallen, from 2.29 per cent six months ago to 2.16 per cent in August, meaning it will cost a bit less on average to transfer debt from one card to another.

Last month, lenders surveyed by the Bank of England warned that they were likely to offer shorter periods of zero interest on balance transfer and purchase credit cards and impose stricter checks on borrowers.

It comes amid increased scrutiny on the credit card sector following a report by the financial watchdog last April which showed that around 3.3million Britons were in persistent debt – paying more in interest and charges than they have repaid on their borrowing over an 18-month period.

The Bank of England has also warned over the rapid rise in consumer debt in recent years, saying in June that this was now the biggest threat to the UK economy.

It is concerned that households are over-stretching their borrowing as living costs rise and wages stagnate. 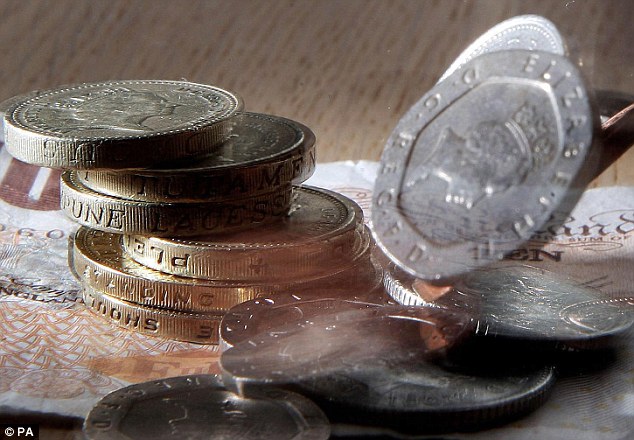 Rachel Springall, a finance expert at Moneyfacts.co.uk, said interest-free balance transfer cards can be a helpful choice for consumers looking to consolidate and spread the cost of their debts – but their main goal should be repaying the balance as soon as possible and not putting it off if they are granted a lengthy 0 per cent deal.

She said: ‘The longest-term 0% offer may well get the spotlight, but borrowers must also consider any up-front fees that are charged to move the debt across…

‘Balance transfer fees should be considered and compared when moving debt. A borrower with a £4,000 debt that’s moved for a 3% fee would have to fork out £120.

‘Consumers could instead avoid fees altogether, as there are interest-free and fee-free cards around, but they will need to look away from the longest deals to find these.’