A lesbian neo-Nazi killer has been moved to a different prison after she allegedly struck up a love affair with another notorious murderer behind bars.

Melony Attwood, 37, was sentenced to life in prison over the brutal murder of her former partner Alan Taylor.

The white supremacist is believed to have started a relationship with inmate Jemma Lilley, while they both incarcerated in Melaleuca jail in Canning Vale, Western Australia.

Their relationship sparked complaints from other inmates and prison staff, Perth Now reported.

Neo-Nazi Melony Attwood, 37, (pictured) was sentenced to life in prison over the brutal murder of her former partner Alan Taylor 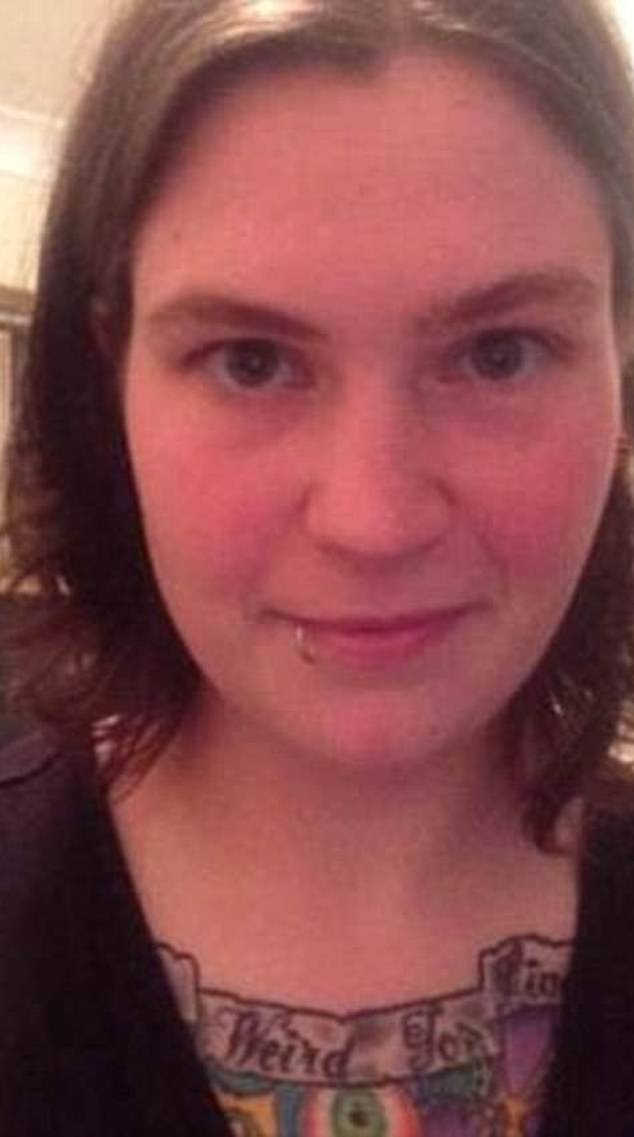 Lilley was sentenced to life in prison with a 28-year non-parole period for murdering autistic teenager Aaron Pajich, who she stabbed with a knife.

According to the Sunday Times, Lilley and her new lover Ms Attwood, were openly affectionate in the jail, including ‘constantly touching, holding hands and sitting in each other’s laps’.

The pair were overheard discussing their white supremacist views by other inmates, the publication reported.

Attwood has since been transferred to Bandyup Women’s Prison. Lilley has reportedly also been moved to a regional jail.

Jemma Lilley was a British expat living in Perth when she and her bondage-loving housemate Trudi Lenon, 43, murdered Aaron Pajich, 18.

Pajich-Sweetman had trusted Lenon because he was friends with her son and allowed himself to be lured to a shopping centre and back to the couple’s home.

The teenager, who had Asperger’s syndrome, was believed to have been killed just after arriving at the home, and was found buried beneath a concrete slab in the backyard a week later. 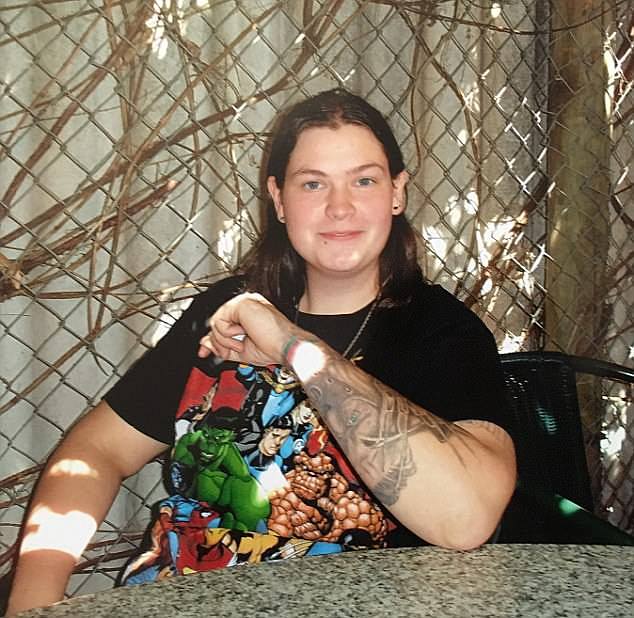 Melony Attwood was found guilty of murder in March along with two accomplices.

Victim Alan Taylor, 42, was living with Attwood and her 22-year-old lover Robert Edhouse – the president of the Perth chapter of neo-Nazi group Aryan Nations – before the murder.

Attwood shared a five-year-old son with her former partner Alan Taylor, but that didn’t stop her from bludgeoning her partner to death with a hammer while he slept.

The women struck up a relationship after meeting behind bars at Melaleuca jail in Canning Vale, Western Australia (pictured) 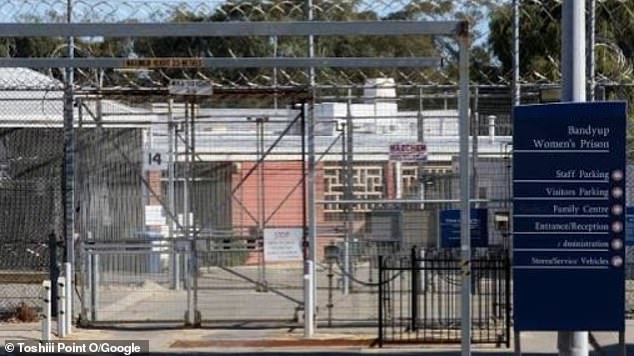 Attwood has since been transferred to Bandyup Women’s Prison (pictured)

Attwood and Edhouse’s motive was getting hold of a $1 million life insurance policy they believed the 42-year-old had.

Edhouse may have wanted to eliminate his sexual rival, retain cohesion of the Aryan Nations group he presided over and impress Attwood, who led the female division Aryan Girls.

The attack was carried out by Edhouse and a fourth person, an Aryan Nations affiliate who cannot be identified, pleaded guilty to murder and was previously given a reduced sentence for testifying. 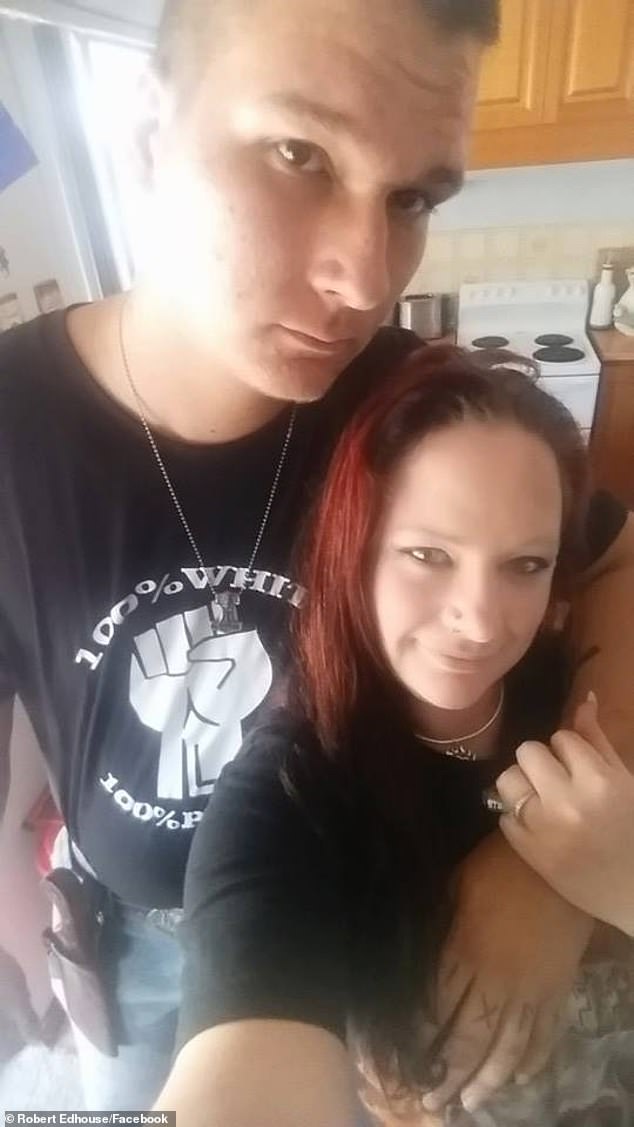 Edhouse’s former friend and acolyte Corey Joshua Dymock, 21, who was acquitted of murder but found guilty of being an accessory, was jailed for five years and will be eligible for parole after serving three.

The trial heard the group went to a cinema after the killing in a bid to create a false alibi and Attwood made a distressed-sounding triple-zero call when she returned home.

Justice Jenkins described the premeditated killing as vicious and horrendous, saying it was degrading Mr Taylor had been left alone for hours to die, bleeding and naked.

Attwood: Umm, I’ve just gotten home, umm, my front door handle’s just been caved in. Umm, I don’t want to go inside but I’m calling out to my ex who’s meant to be inside and no-one’s making any noise or anything.

Operator: You need to take a few breaths so I can understand what you’re saying.

Attwood: There’s blood all over the bedroom, and he’s on the floor.

Operator: Who’s on the floor?

Operator: Is he breathing?

Attwood: No I don’t think he’s done this to himself, the house is trashed. There’s blood splattered, I don’t know.