Less ATMs and no cheques after coronavirus lockdown

Why ATMs will be harder to find after coronavirus: Reserve Bank boss predicts big changes to how Australians manage money – and cheques are likely to disappear

ATMs are likely to become more scarce in coming months and cheques could vanish completely in a post-COVID  Australia.

That’s the view of Reserve Bank of Australia assistant governor Michelle Bullock, who  said Australians avoiding paying for good and services with cash may well outlive the pandemic.

Ms Bullock said ATM withdrawals in April dropped 30 per cent in just one month, and were down by more than 40 per cent down over the last 12 months.

She expects the changes to consumer payment habits will only accelerate a reduction in ATMs across Australia.

‘With cash withdrawals declining, there will be further pressure to consolidate ATM networks,’ she said on a Morgan Stanley webcast ‘The Evolution of Banks and Payments’ on Wednesday.

‘The industry had been already considering this issue over the past couple of years but the changes induced by COVID-19 will make this more urgent.’

However, Ms Bullock said some people still rely on cash so cuts will need to be managed to ensure they do not disadvantage certain parts of the population.

Since March, the big banks have been in discussion about reassessing branch numbers and ATM networks post in the wake of COVID-19. 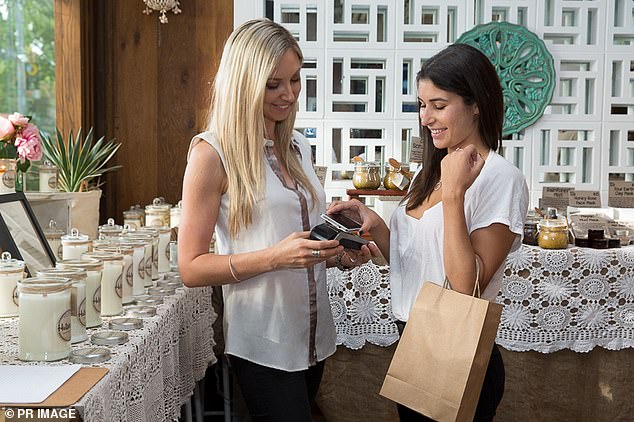 While the use of cheques has been on a steep decline for the past 20 years, Ms Bullock said transactions have dropped rapidly in recent months which could soon spell the end of the system.

‘In April, the value of cheque payments was more than 40 per cent lower than 12 months earlier, compared with annual rates of decline of around 20 per cent in previous months. And the level of cheque usage has now fallen to such low levels that there is an active discussion about the future of the system,’ she said.

When payments are made, banks charge interchange fees to each other in the background, depending on who the cardholder and retailer use as their financial institution.

She said if  banks do not allow retailers to direct payments to lower-cost EFTPOS networks over those for credit cards the central bank could force the change. 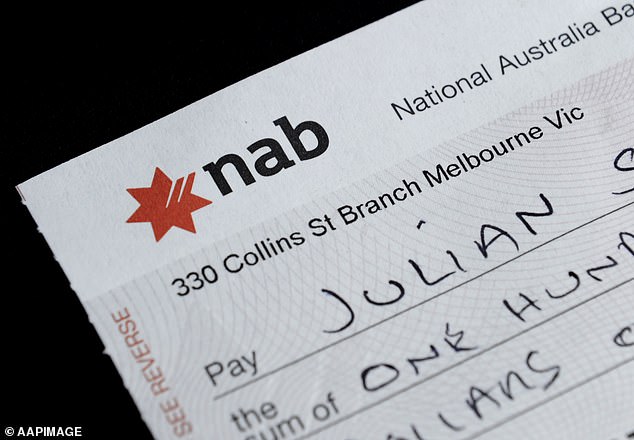 ‘So far, the [Reserve] Bank has not mandated that acquirers explicitly offer least-cost routing to all their merchants. But it remains an option that will be considered in the [payment system] Review,’ she said.

‘We are talking with merchants to understand their experience with payment costs through this period. We will also be considering how transparency of the cost of the payment plans offered to merchants could be improved.

‘Ultimately though, if market forces are not generating competition to lower the cost of debit card payments, we may need to consider lowering the benchmarks that serve as a cap on average interchange fees.’

The RSA is also assessing whether it should allow banks to surcharge buy-now-pay-later options as retailers are not given the option to recoup the cost of instalment networks from their customers.