‘Let’s get it on!’ Anthony Joshua ‘would love’ to fight Tyson Fury TWICE

‘Let’s get it on!’ Anthony Joshua ‘would love’ to fight Tyson Fury TWICE after Gypsy King throws down gauntlet… and AJ insists both bouts ‘will get done’ next year in Saudi Arabia and Wembley

‘Finally, finally,’ says Anthony Joshua upon being told that Tyson Fury wants to fight him twice next year. Hopefully for the undisputed heavyweight championship of the world.

‘Let’s get it on,’ says AJ as he declines to respond in kind to trash-talking from the Gypsy King. ‘What an honour it will be to fight Tyson. Add yet another great fighting name to add to my boxing resume. Hopefully beat him.

‘I would love that opportunity. Better if it’s for all the belts but even it’s for no belts.’ 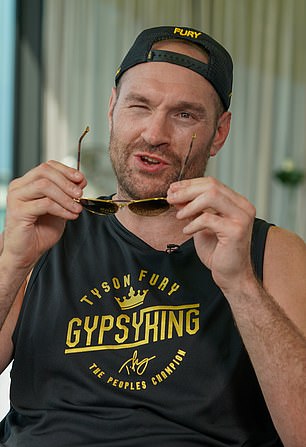 That is a reference to the dangers inherent in the title defences facing them both in the coming weeks. Joshua against former undisputed world cruiserweight champion Olexsandr Usyk at Tottenham’s new football stadium on September 25. Fury in his trilogy fight with monster puncher Deontay Wilder in Las Vegas on October 9.

Defeat for either would take some of the gloss and the cash off their mega-fights. More so if both took a fall.

Not that either expects the worst to happen. Joshua’s only concern is making sure that what he calls ‘one of the biggest fights in boxing history’ does take place this time. He adds: ‘We were within two weeks of doing it right now and then it all came down, unfortunately.’

That crash was brought about when Wilder legally enforced his contracted right to a second rematch with Fury, which was then delayed until next month when the Mancunian giant caught Covid. 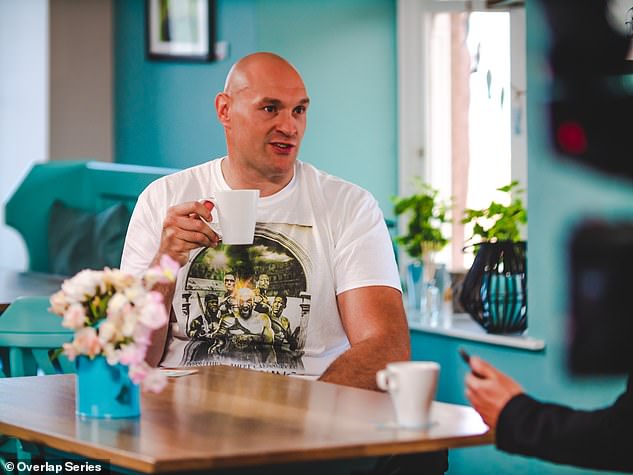 When Joshua was asked to ponder the psychological effects of his fight with Fury in Saudi Arabia being called off he laughed and said: ‘I had to cancel all my bids of a new mansion! Seriously, it would have been brilliant for boxing. This fight that everyone wants deep down.’

The closest Joshua comes to casting a revenge aspersion at Fury is when he says: ‘We’ve studied this opponent and I’ve known his history for a long time.. Know that with Tyson there is always something in the background. He is someone who’s pulled out of fights a couple of times.’

So will it finally come together not once but twice in 2022 as Fury promises, first in Saudi then at Wembley?

‘Yeah,’ says the multi-titled Joshua. ‘It would have been brilliant at the time but will still be brilliant next year. We will get it done. We’re both professional. From our side we always try to deliver. Good luck to Tyson (against Wilder) and we’ll see him whenever he’s ready. We’ll be here waiting. 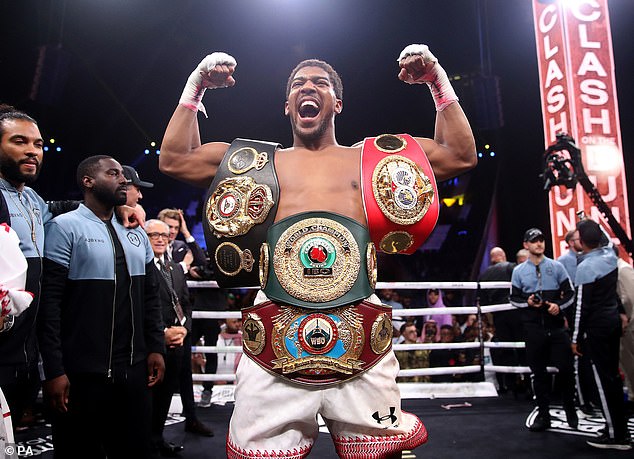 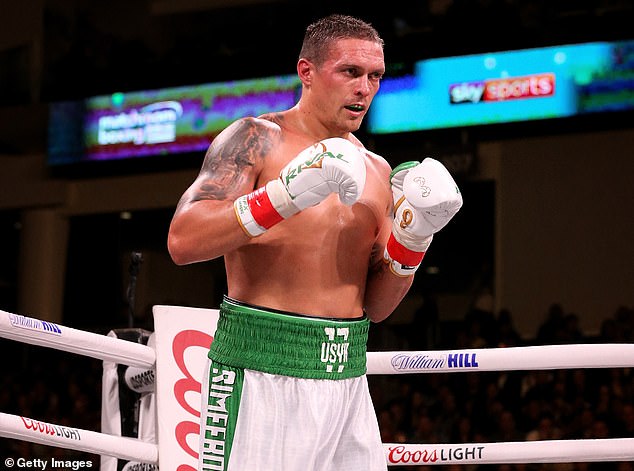 ‘Meanwhile we’ve done the right thing. We’re getting on with another great fight against another great opponent in another great challenge with Usyk’s Ukrainian fans here coming out in force among 50-60,000 Brits in a great stadium. It’s all great! Even though it’s not Fury it’s another big fight with big public interest.’

But how about Usyk, however technically brilliant, being comparatively small in what is for him a new realm at heavyweight?

‘There’s a lot of talk about size,’ says Joshua. ‘About how a good big guy always beats a good little guy. But if that’s all that counts in the ring why am I getting up in the early morning to train so hard? Why am I sitting in ice baths? Because I know I’m going to be challenged by a great boxer who has made me work with a passion to improve and get better.’