Let’s hear it for breezy Murmur; Fantastic seafood with absolutely no pretension

Murmur. A soft and subtle word, sure, but also subdued and somewhat indistinct. So a strange choice of name for a jolly Brighton seafront restaurant, one that sits snugly between shore and promenade. OK, so it refers to neither mumbles nor cardiological abnormalities, rather ‘murmuration’ (now there’s a word to get your chops around), which is apparently the ‘shape that the starlings make when they flock and fly between the two piers here on the coast.’ But still, with its egg-yolk yellow metal chairs, and sun pouring through the windows, and aquamarine banquettes, and lovely, breezy staff, it feels more of a holler than mere murmur.

Outside, past the pebbles, are the charred, skeletal remains of West Pier, and beyond that, a field of wind turbines, graceless and gauche. They may be powering kettles and hair straighteners for hundreds of thousands of homes but by Christ, they don’t half bugger the view. Still, inside Murmur all is calm. It’s the new place from Michael Bremner, the deeply talented chef behind the superlative 64 Degrees, with the emphasis on ‘healthy and honest food’. Always better, I suppose, than ‘diseased and corrupt’. 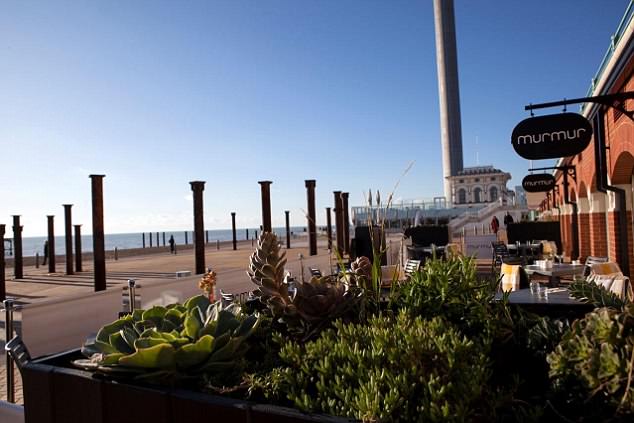 Outside, past the pebbles, are the charred, skeletal remains of West Pier, and beyond that, a field of wind turbines, graceless and gauche

We start with half a dozen Poole Bay rock oysters, plump and briny, with just a hint of that milky summer spawn. A yuzu dressing is sharp but subtle, caressing rather than crushing their gentle saline charm. There’s delicately cured salmon, with just the right whack of acidity, and a neat dice of cured cucumber, blobs of tart yogurt and a few feathery fronds of dill. Again, simple but immaculately done. Charred British asparagus comes scented with preserved lemon, and ethereally light, cumulus-like ricotta. Beautifully understated, it shows innate culinary intelligence.

Then, in direct contrast to all that levity, wonderfully bosky lobster croquettes, with an oozing centre every bit the equal of those at Barafina or Sabor. ‘Clever comfort food,’ says Joe, and they certainly showcase the fryer’s art.

After such a strong start, expectations for the mains are loftier than the gleaming BA observation tower, in whose shadow we sit. Joe has a pristine, spanking fresh lemon sole, cooked just right, so the flesh, just turning from translucent to opaque, takes a little effort to tug from the bone. But it comes away cleanly, and the sweet seam of roe is an added joy. Alongside are Ratte potatoes, cooked, I think, in fish stock, an inspired technique, the sort of jolly kid brother to Clare Smyth’s fish roe and seaweed spud. But my ‘Crispy Fried Trout’ is plain dull. The cooking’s fine, but there’s little sign of the promised spice, and the fish is under-seasoned too. I can’t even be bothered to finish it. We also order the cauliflower special (we are at peak cauliflower right now. Peak, I say), which manages to keep a satisfying crunch. The almond crumb works well. But the jet-black nori sauce is cloyingly oversweet. You can certainly taste the seaweed, but it feels like a dish in progress, not yet refined. 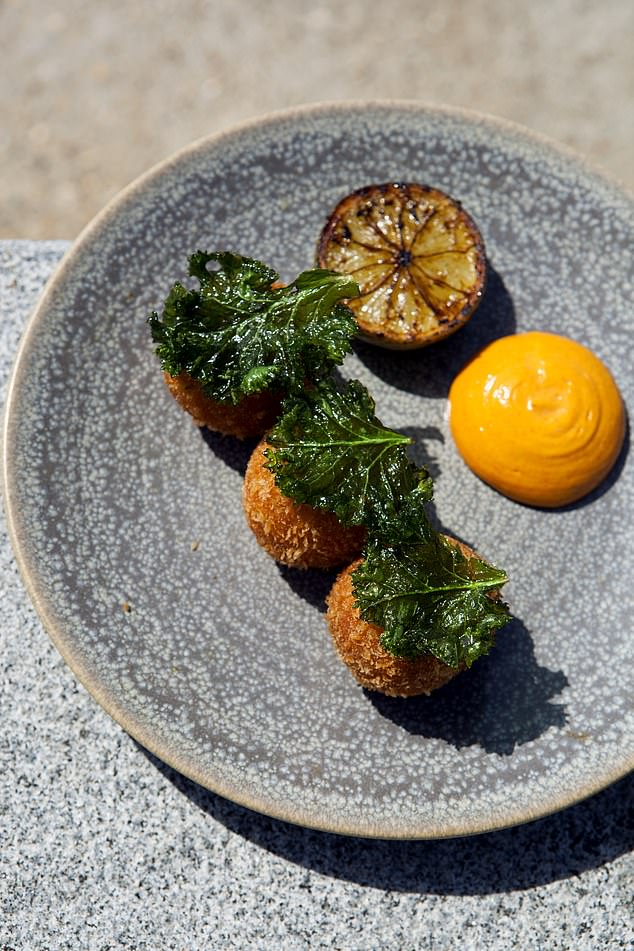 Wonderfully bosky lobster croquettes, with an oozing centre every bit the equal of those at Barafina or Sabor

Pudding returns to the stellar heights of the starters, a sublime salted caramel mousse, studded with chocolate truffle button.

And a bloody good pavlova too, the meringue suitably chewy, with tiny shards of pineapple adding tropical bite.

As I said, the service is as lovely as the cloudless sky outside. Although Joe whispers, sotto voce, that he could do without them asking what we thought of every dish. Such was their genuine charm that it didn’t bother me as much as usual. But this was a much hated hobby horse for the late, great A. A. Gill. When asked his opinion by the waiter, he would always reply, with a vulpine grin, ‘Utterly disgusting.’ That generally put an immediate end to any further culinary queries.

Murmur, though, is entirely without pretension, a merry, family-friendly seaside restaurant with some very good starters and puddings. Delectable service too, but just let down by a couple of the mains. Nothing catastrophic, and it certainly has no desire to be another 64 Degrees.

The problem is that with Bremner’s name attached, you expect, if not perfection, then steadfast consistency. Even at somewhere as laid-back at this.

But it’s yet another happy addition to the Brighton seafront. Which is rather more than I can say for that damned ugly windfarm.

Dinner at Sake No Hana in St James’s. Otoro, chu-toro, yellow tail and sea urchin. Not cheap, but the best never is.

Decent bowl of chili at Clyde’s of Georgetown, but average scallop crude and buffalo wings. Dinner at The Partisan. Lots of charcuterie.