James Jackson, 12, was the subject of a vile racist letter sent to his mother

A mother was targeted with a vile poison pen letter which labelled her 12-year-old mixed race son a ‘half breed’.

Gracy Jackson, 30, from Solihull, West Midlands had the threatening note dropped through her letter box on Wednesday but has no idea who sent it.

The two-page attack appears to be from another mother who wrote that she and ‘a few other mothers’ were ‘gutted’ when she heard Gracy’s first-born James Jackson would be in the same class as her son.

Littered with insults the letter calls into question how ‘good’ a Catholic she is, brands her a ‘bucket f**** tramp’ with an ‘old banger car’ and ‘s*** hole home’.

Bizarrely the note also blasted her net curtains and chillingly added ‘I know where you live’.

Devastated stay-at-home mother Gracy has slammed the ‘cowardly, racist’ note and reported it to police.

Gracy said: ‘I’ve no idea who has done this.

‘I had just come back from the school run and it had been posted through my door. It was in an envelope with my name on it.

‘At first I thought it was a birthday card for my youngest but obviously it wasn’t. When I read it I was like ‘wow’. I showed it to my mum straight away and she said I should phone the police.

‘It’s really vile. That’s the only way I can describe it.’ 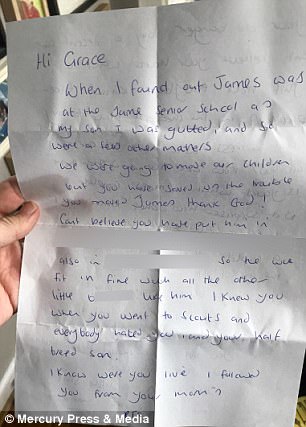 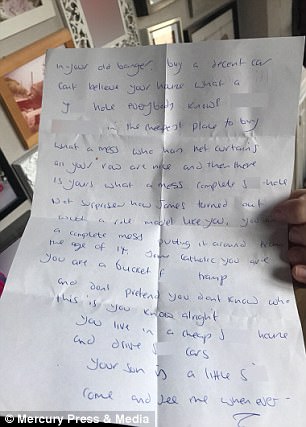 The mother of three, who also has a daughter Isabelle, four, and a one-year-old son Ted with husband Dan Jackson, 30, said she was particularly hurt when the vile letter targeted her eldest son.

Gracy said: ‘I can’t think who it could be, we keep ourselves to ourselves. My husband Dan volunteers with the sea cadets and my boy goes there but apart from that we don’t really socialise with people.

‘It refers to my son as a half breed – my son is mixed race. It’s a really horrible thing to say about someone, he’s really upset about it. 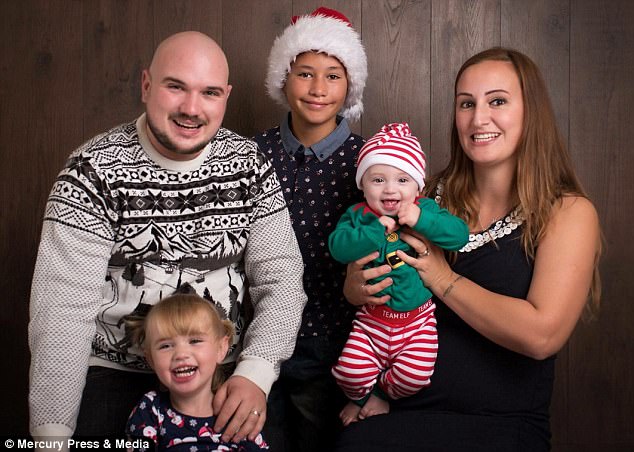 Pictured: Dan and Gracy Jackson, both 30,  with James, 12, Ted, one,  and Isabelle, four at Christmas

‘He shouldn’t have to be exposed to language like that by an adult.

‘It’s the racism against James that has upset me the most, he’s a kid.

‘We live in a society where he shouldn’t have to face that. We faced it years ago but we should be past it now. It’s cowardly.’

The note, claiming to be from another mother, read: ‘Hi Grace,

‘When I found out James was at the same senior school as my son I was gutted and so were a few other mothers. 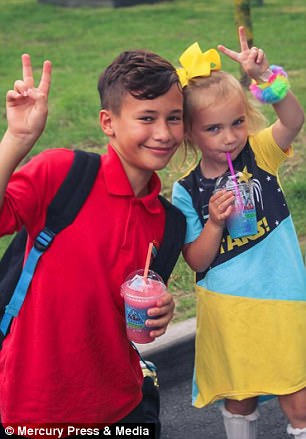 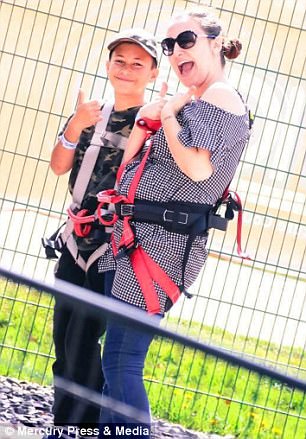 James, 12, with his sister Isabelle, four (right) and his mother Gracy (left)

‘We were going to move our children but you have saved us the trouble. You moved James thank God!’

‘I knew you when you went to scouts and everybody hated you and your half breed son.

‘I know where you live. I followed you from your mom’s in your old banger. Buy a decent car.

‘What a mess, who has net curtains. All your row are nice and then there is yours what a mess complete s*** hole. Not surprised how James turned out with a role model like you. 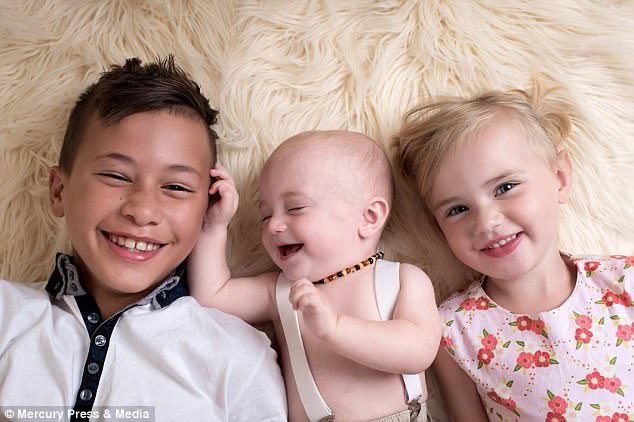 Siblings James Jackson, 12, Ted Jackson, aged one, and Isabelle Jackson, aged four. Their mother Gracy was the subject of a poison pen letter which made racist remarks about eldest son James

‘You are a complete mess putting it around from the age of 14. Some catholic you are, you are a bucket f**** tramp and don’t pretend you don’t know who this is. You know alright.

‘Come and see me whenever.’

Gracy, a practicing Catholic, thinks whoever penned the noted may have made assumptions about her religion because of James’s school.

Gracy said: ‘If it’s someone that is upset with me take it out on me but why go against my son? They could just come to my door and speak to me about it.

‘I don’t know where they’ve followed me – is it to or from the school or my kid’s playgroup? 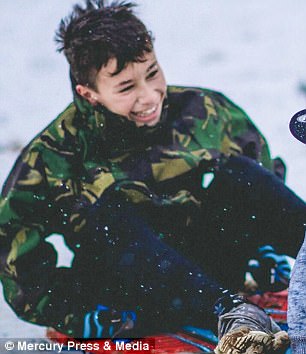 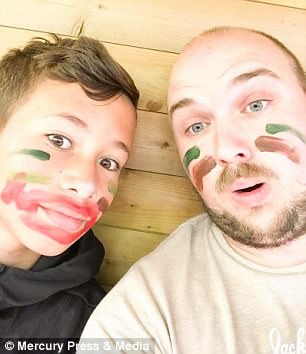 James, who is mixed race, was called a ‘half-breed’ in the racist letter. Pictured right sledging and left his step-dad Dan Jackson

‘If they followed me home have they been following me elsewhere? It’s really worrying.

‘The police think it might be somebody with mental health issues.

‘James is asking me ‘what if they come back to our house?’ He’s been scared by it.

‘I stayed at my mum’s house because I didn’t want to stay at mine in case they came back.

‘It’s been going through his mind that they might come back with a knife or kitted up.

‘James would walk home from school by himself but I’m going to pick him up now. I wouldn’t want him to be confronted by an adult.’

Gracy took to social media in a bid to catch the culprit.

The post, which describes James as kind-hearted and someone who looks out for others, was shared hundreds of times.

Although nobody has come forward yet she’s convinced the person will write another note.

Gracy said: ‘it’s pretty scummy and the reference to my car as an old banger is odd.

‘It actually made me laugh that they put ‘PTO’ at the bottom.

‘When you send a letter abusing someone and it’s like ‘please turn over so I can read the rest of the abuse’ it’s very bizarre.’