Letting an ambulance or police car pass you could mean a £1,000 fine

When most people are waiting in traffic and see blue lights blaring in their rear view mirror, their knee-jerk reaction is to move out of the way.

But what most people may not realise is that good intention could leave you with a £1,000 fine.

A Blue Light Awareness campaign advises motorists that while they should do their utmost to help emergency vehicles through traffic, they still have to stick to the rules.

The campaign warns drivers not to stop at the top of a hill, mount a kerb, brake harshly or put anyone else in danger.

New guidance reminds drivers that running a red light to help an emergency vehicle get through traffic could land you with a £1,000 fine

Highway Code rules also state that running a red light, moving into a bus lane, a yellow box junction or through a solid white line is illegal.

The Blue Light Awareness campaign website says: ‘Rule 219 of the Highway Code gives no specific advice, yet the truth is that it is against the law form anyone to ‘run’ a red traffic light, unless they’re an emergency service vehicle on a blue light run.

‘The requirement is for the emergency vehicle to find its way through, or around other traffic.

‘That’s why, on most occasions, an emergency vehicle needing to make progress across a traffic light junction would not put itself behind another vehicle in the traffic light queue, but would, where the road layout and traffic conditions permit, move out to present itself and its intention to cross the junction. 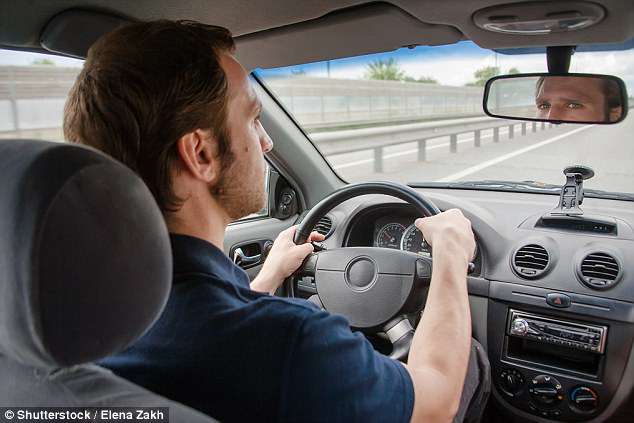 While most drivers knee-jerk reaction is to move out of the way for an ambulance or police car, going through a traffic light, moving into a bus lane or into a yellow box junction is illegal

‘Of course, there will be times when there simply is no room for an emergency service vehicle to get past, or perhaps its crew are activated by their control room to respond to an emergency while they are waiting with everyone else at the traffic lights.

‘On these occasions, they know that other motorists are not allowed to ‘jump’ the red light, and the emergency vehicle would ideally not activate its sirens and lights until it was safe for the vehicle in front to cross the solid white line at the junction.

‘On the (hopefully) rare occasions that a blue light vehicle, in ’emergency mode’, is sitting behind another vehicle at a red traffic light, it’s important to appreciate that it would be both very dangerous and illegal for the other vehicle to move across the solid white line.’

It is however legal to cross a red signal if a uniformed police officer gets out of a car and directs drivers through a red light.

A motorcycle special escort team will usually help out in these circumstances, making it within the confines of the law. 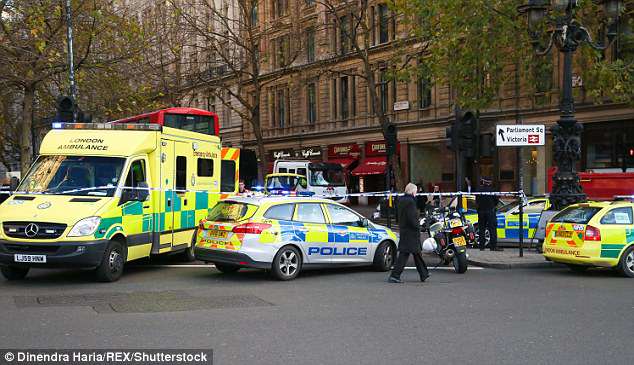 The campaign warns drivers not to stop at the top of a hill, mount a kerb, brake harshly or put anyone else in danger