Fashion is known for working in cycles, and women’s jeans are apparently no exception to the rule.

Levi Strauss & Co announced on Tuesday it has acquired a pair of jeans dating back to the early 1930s, which it believes to be the oldest pair of blue jeans made especially for women in existence.

The pants, which likely date back to before 1934,  belonged to Viola Longacre, a student who wore them during summer sessions at Fresno State College, now known as California State University. 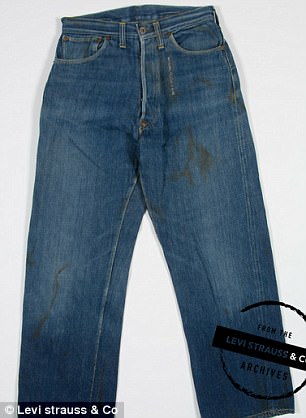 History: Levi Strauss & Co announced on Tuesday it has acquired a pair of jeans dating back to the early 1930s (pictured), which it believes to be the oldest pair of blue jeans made for women 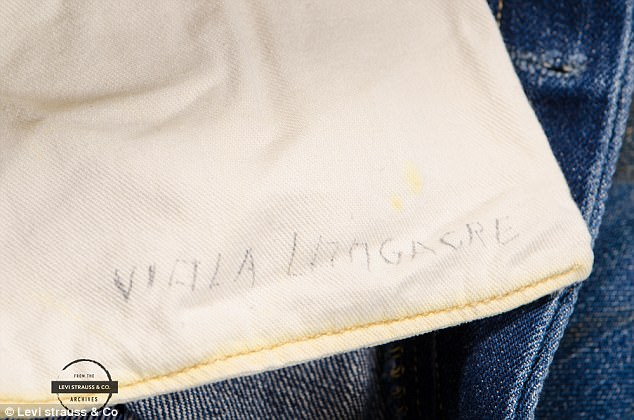 Owner: The pants, which likely date back to before 1934, belonged to Viola Longacre, a student who wore them at Fresno State College and wrote her name on the inside (pictured)

Viola’s jeans are believed to be one of the earliest prototypes of women’s jeans launched by Levi’s in the 1930s, five decades after the company patented the first blue jeans for men.

They were discovered during an estate sale in Fresno, in the linen closet of the late Viola, who died in 2014 at 100 years old.

Viola, who later became known as Viola Bedford and taught senior English in high school, probably bought the jeans herself, according to her daughter Bette Duncan.

‘It was the Depression, and she didn’t go straight to college from high school. She worked for a couple of years and she paid her own way,’ Bette told Levi’s.

The then-student carefully wrote her name on the inside of the pocket, where it is still visible. She met the man who became her husband while studying in Fresno, leading her daughter to believe this might be why she held on to the jeans for the rest of her life. 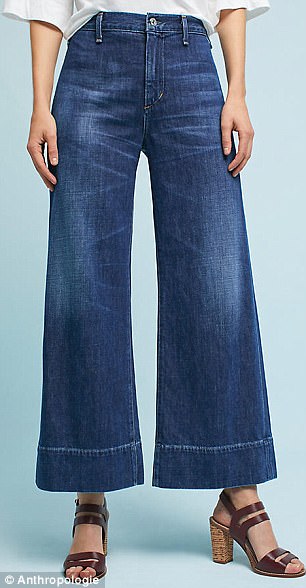 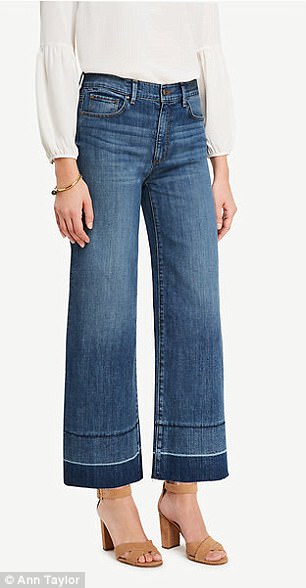 Deja vu: With its high waist and large legs, the ancient blue jeans look strikingly similar to their current-day counterparts such as those offered by Anthropologie (left) and Ann Taylor (right)

‘Maybe that’s one reason why she kept them—because it reminded her,’ Bette added. ‘All I know is I was never allowed to try them on.’

But there might be another reason why the jeans stayed in the closet for decades without ever being thrown out or recycled: Viola’s adventurous spirit meant she was unlikely to spend hours going through her old possessions. 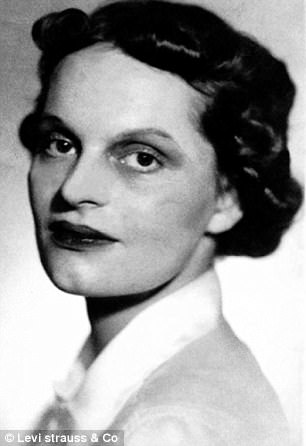 ‘She traveled the world,’ Bette said about Viola. ‘She didn’t like to stay home, which I why I guess the linen closet was never cleaned out.’

Viola never bought another pair of jeans, trading her casual student style for more formal attire after she became a teacher.

Historian Tracey Panek speculated that Viola’s pants come from a batch of limited-run prototypes that hit the market as a test before Levi’s launched its Lady Levi’s range in 1934.

With its high waist and large legs, the ancient blue jeans look strikingly similar to their current-day counterparts.

Its cut echoes the trendy, high-rise, wide-legged crop pants that can currently be found in every store.

Today’s pants are so popular they can be found in a variety of fabrics and colors, including blue denim like the one used for Viola’s garment.

The 1930s jeans, unlike their later counterparts, have a back patch made out of fabric instead of leather.

Some of their details, such as the buttons, are less expensive than those used in the later versions of Levi’s women’s jeans, meaning that Viola’s pants probably cost less money than its future incarnations—thus making them more affordable for a college student during the Depression.