‘No, I never have,’ Lewandowski replied when asked the question by NBC’s Chuck Todd for Sunday’s Meet the Press.

In the aftermath of the Rob Porter scandal, Vanity Fair reported that Lewandowski had phoned Trump and recommended that he ax Kelly. 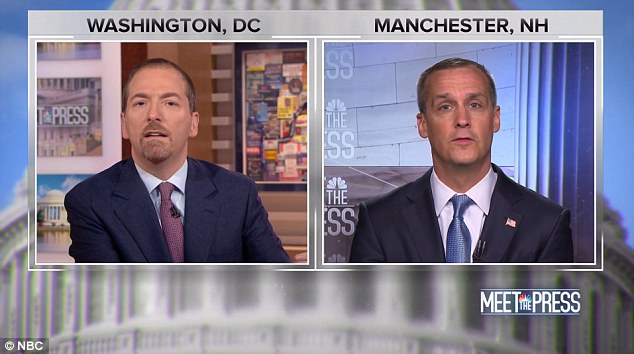 Meet the Press host Chuck Todd (left) asked Corey Lewandowski (right) if news reports were accurate that said he thought Chief of Staff John Kelly should be axed. He denied that was the case 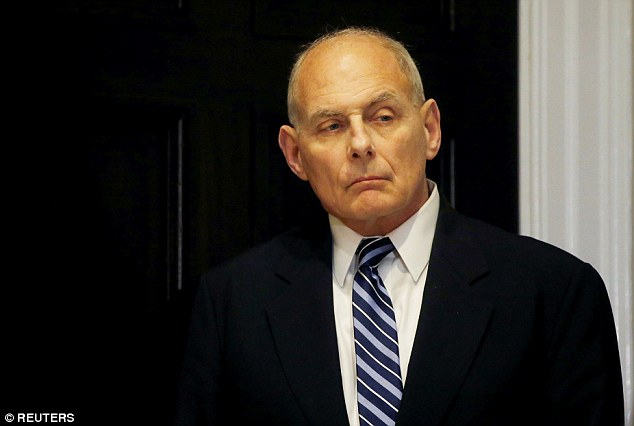 Chief of Staff John Kelly received much of the blame for the handling of the Rob Porter scandal, in which DailyMail.com reported that two of Porter’s ex-wives accused the now former staff secretary of domestic violence, yet he still had a White House job 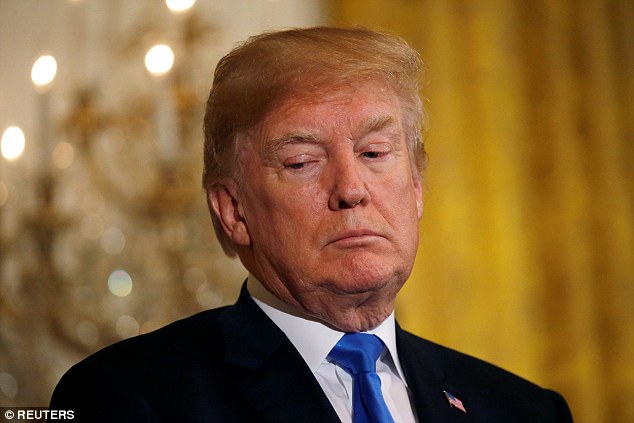 Corey Lewandowski suggested that if President Trump was to let Chief of Staff John Kelly go, Trump would probably manage the White House by having four to six senior advisers that he would use to do his bidding

Kelly was partially responsible for bungling the White House’s response to allegations, reported by DailyMail.com, that Porter had been abusive to his two ex-wives.

The story also exposed the fact that a number of White House staffers were still working with temporary security clearances, which was the case with Porter.

Earlier this month, Lewandowski appeared on CNN and charged that ‘somebody knew’ about the domestic abuse allegations against Porter and didn’t act, though Trump’s ex-campaign manager wouldn’t assign any blame.

‘We saw a problem in the White House a few months back where an individual who shouldn’t have been there continued to have access to information. And that was a failure somewhere,’ Lewandowski said then.

CNN’s Chris Cuomo asked Lewandowski if he was talking about Porter.

‘Do you think John Kelly knew abut that?’ Cuomo added.

Lewandowski indicated that, yes, he was speaking about the Porter scandal.

On Sunday, Lewandowski called Kelly an ‘American patriot’ and said he’s done a ‘fantastic job serving his country,’ when Todd mentioned how the idea of firing Kelly was often attributed to Lewandowski.

‘He has recognized how difficult a job it is to be the chief of staff to the president of the United States,’ the former top Trump aide said. ‘And and I don’t believe it’s General Kelly’s job to manage the president. His job is to manage the staff. And that’s what he has been doing.’

Todd pointed to comments made by former White House Chief Strategist Steve Bannon, who had said if Kelly vacates the position that Trump may not hire another chief of staff, but instead act as his own chief of staff, and dole out work to a set of top advisers.

‘Look, I think that’s a scenario that could very well play out,’ Lewandowski said. ‘You know, we know that John F. Kennedy didn’t have a chief of staff his entire presidency. he had it for a period of time. Jimmy Carter to a lesser extent, the same thing.’

Lewandowski described Trump as a ‘decision maker’ who ‘loves to have all the information brought to him.’

‘I see him as the hub with a number of spokes coming out,’ the ex-aide said. ‘And candidly, and I’m not advocating for General Kelly to leave, I think he should stay, but if he were to go, I don’t think there is one person who is the chosen one to step in and fill that role.’

‘So I could see a scenario where the president is giving instructions to a small, core group of individuals who are then implementing on his behalf,’ Lewandowski added.

Todd then asked the former aide if he thought the president would be happier if his White House was set up this way, as opposed to Kelly being there in his gatekeeper role.

‘I do think the president likes the opportunity to get input from as many people as possible, and that small group, call it four, five, six people, who can come in and report directly to the president and then go implement his agenda, is something that he’s very comfortable with over his 40 years of business experience doing that,’ the former campaign manager said.