Don’t you dare! Putin warns Lewis Hamilton not to spray him with champagne at Russian GP after Brit doused him three years ago

Lewis Hamilton was pictured coming face to face with Vladimir Putin as he swept to victory at the Russian Grand Prix.

The Russian President warned the F1 ace to avoid spraying him with champagne just moments before they both took to the podium in Sochi.

Three years ago Hamilton soaked Putin with champagne at the Russian Grand Prix while celebrating his victory. 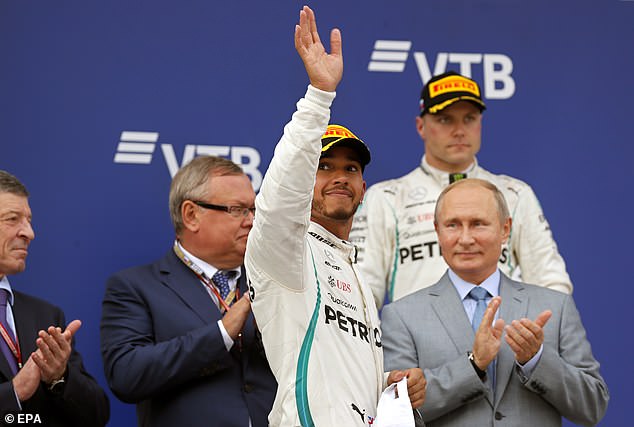 And knowing that he would be presenting the Brit with a prize once again, Putin decided to issue him a stark warning beforehand on this occasion.

As they waited to take to the stage for the trophy presentations, Putin could be heard saying through his interpreter that he didn’t wish to be drenched.

‘I am accustomed to warning you something each year. Year, after year…’ His interpreter told the four-time world champion.

But Hamilton didn’t seem fazed by the Russian leader’s telling-off and even claimed it wasn’t him who had soaked Putin at the 2016 race.

Hamilton interrupted him and said: ‘Yeah, this year I won’t spray you with Champagne. Last year it wasn’t me. It was someone else!’ 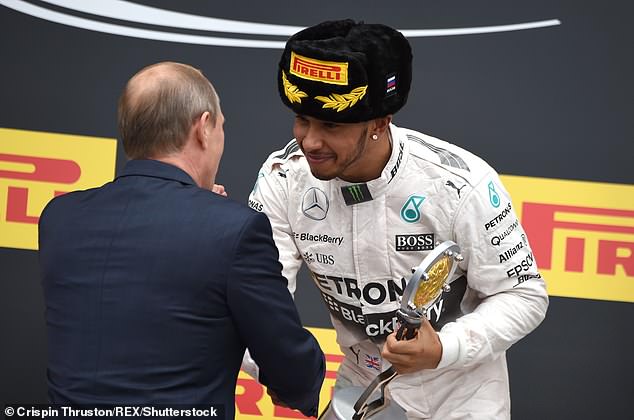 At the 2016 edition of the Russian Grand Prix in Sochi, Hamilton accepted the winner’s trophy from Putin 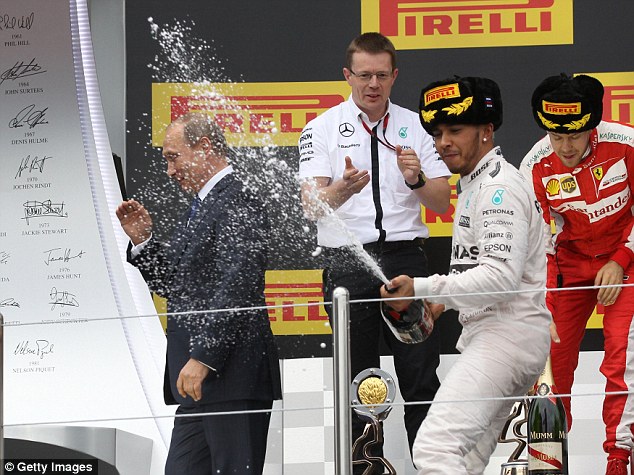 The Brit looked delighted as he stood on the top step of the podium in Sochi having extended his championship lead to 40 points.

And he even made good on his promise, allowing Putin to get well clear before he popped the cork on his bottle of fizz.

Lewis Hamilton is one of the most successful Formula One drivers of all time having won the world championship four times during his career.

With a comfortable lead under his belt over Ferrari’s Sebastian Vettel in second place he now looks more than likely to win a fifth title – equalling the total held by the great Juan Manuel Fangio. 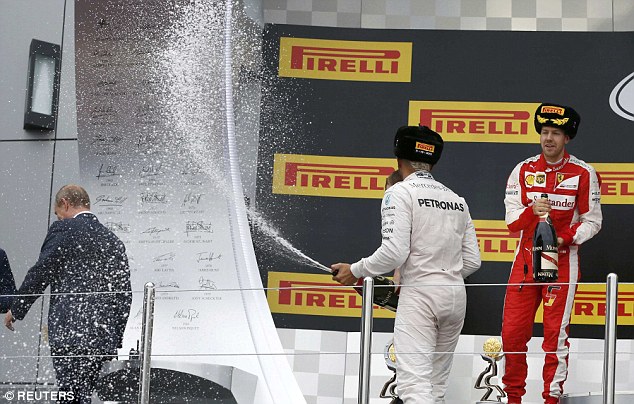