Lewis Hamilton given permission by FIA to wear jewellery at Monaco

Lewis Hamilton will be allowed to race wearing jewellery at Monaco on Sunday after the FIA kicked the controversy down the road.

Instead of penalising the seven-time world champion as they had pledged to do, the governing body granted him a further month’s exemption to remove his nose stud.

The FIA insist they are merely giving Hamilton adequate opportunity to have the work done properly and will impose their non-jewellery rule at the British Grand Prix on July 3. 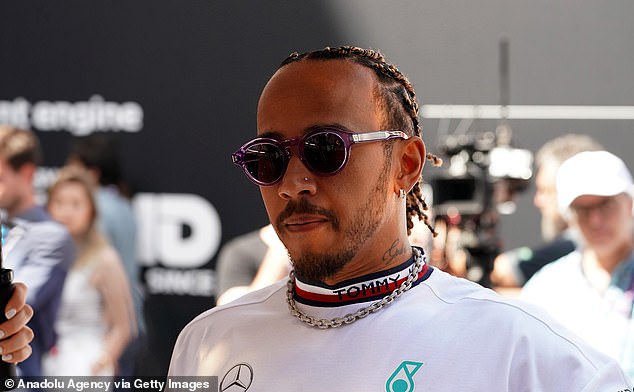 New president Mohammed ben Sulayem listened to Hamilton and his fellow drivers in Barcelona last weekend before agreeing to extend the timeframe.

Pushing the new deadline back to the eve of Silverstone further raises the temperature, with 140,000 fans expected to attend the race.

Hamilton said: ‘There’s way too much time and energy being given to this.

‘There are bigger fish to fry.’