Lewis Hamilton reveals he is terrified of driving on normal roads with junctions, pedestrians and other traffic because it is too ‘stressful’

Formula One champion Sir Lewis Hamilton claims that driving outside the racetrack is the thing that fills him with dread.

The seven-time British Formula One champion says he rarely drives on the roads because of the risk of something going wrong, claiming he finds the likes of traffic jams, zebra crossings and T-junctions ‘stressful’, according to Vanity Fair.

The 37-year-old, who has driven for Mercedes since 2013, was driving around busy roads in the south of France for the magazine’s September issue, when he revealed his dislike of busy roads.

Lewis Hamilton (pictured) claims he avoids driving on the roads with others when possible so that he doesn’t have to deal with traffic jams, zebra crossings and T-junctions

‘I just think I find it stressful,’ he said.

This is now stressful for me,’ he said while driving in the south of France. ‘This road is crazy. So much going on here. Look, we’re on these roads, anything can happen.’

It’s a far cry away from the racetrack, where the roads are clearer but the speeds are much higher.

Despite his reluctance to drive on the roads, he has acquired a huge collection of cars and motorbikes, including a McLaren P1, a Ferrari LeFerrari and an MV Agusta bike.

But he mostly sticks to driving an electric Mercedes EQC to limit the damage the sport does to the environment.

‘Some of it is education because not everyone knows the footprint that our sport currently has and what we’re doing in terms of trying to improve that,’ he has previously said.

‘But I’m making a lot of changes in my personal life.’

In his Vanity Fair interview, he went on to disclose another anxiety that he has as he travels the world for competition – spiders.

He said his trips to Melbourne for the Australian Grand Prix fill him with dread because of the long-term phobia, which leads to him requesting rooms higher up to avoid the creatures. 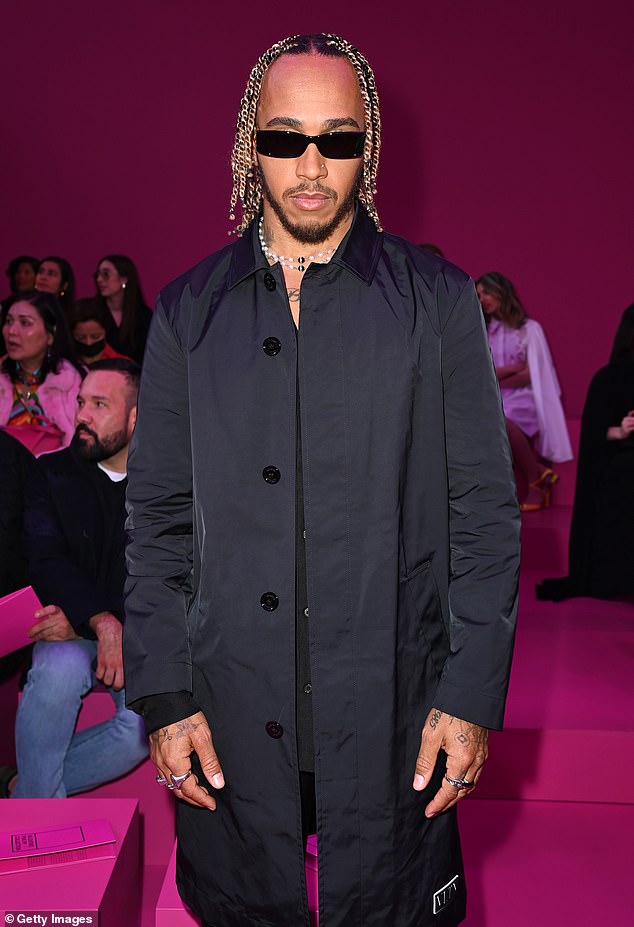 He even goes to the length of checking the room for spiders before he settles in.

But, he doesn’t feel fear as he hurdles at 200mph on the racetrack.

In fact, he seeks adrenaline fuelled stunts such as skydiving, rock climbing and surfing to fill his spare time off the track.

‘I I guess we’re just all wired differently,’ he admits.