‘I have got the best team behind me and they inspire me’: Lewis Hamilton vows to stick with Mercedes to rewrite Formula One’s record books

The Briton’s 91st win in Germany came 14 years and 10 days after the Ferrari great’s last triumph, in China.

And in a clear sign he will sign a new deal with the Silver Arrows ahead of next season, 35-year-old Hamilton said: ‘I will continue to charge on and see what is possible. I have got the best team behind me and they inspire me. 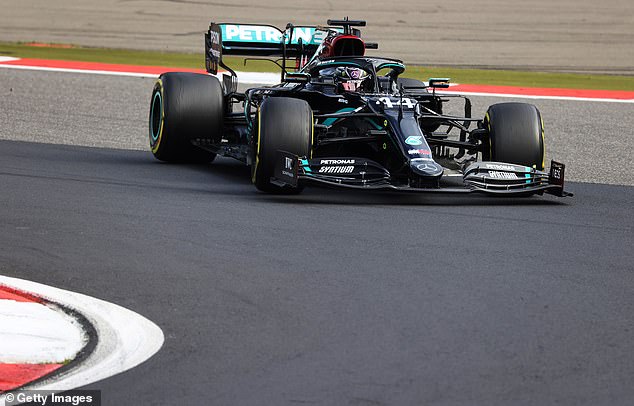 ‘I love doing what I am doing. I love the challenge. I love the sport, the smell of it, and the atmosphere it creates. It is going to be difficult to let it go.’ Hamilton’s next target is a seventh world title, to equal Schumacher again, before the season ends in Abu Dhabi on December 13. He leads Valtteri Bottas by a commanding 69 points with six races remaining.

Of Sunday’s landmark, Hamilton added: ‘It has not sunk in yet. I grew up watching Michael winning all those grands prix and I could not fathom equalling him.

‘It is hard for people to understand how hard it was to get those 91 wins, to deliver weekend in, weekend out, year on year, and to stay in shape.

‘I understand that now, more than ever. It doesn’t get easier.’ 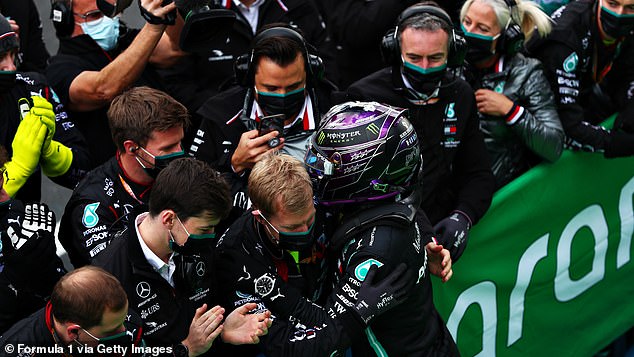