Josh Wright’s late equaliser for Leyton Orient against Northampton sparked a 17-man brawl in which a player from each side was sent off.

The penalty salvaged a point for the home side at Brisbane Road, but in the immediate aftermath a fight broke out between two players, before members from both League Two teams piled into the melee.

The fight was eventually broken up, before the referee dismissed Orient winger James Dayton and Northampton defender Scott Wharton – the match finished 1-1. 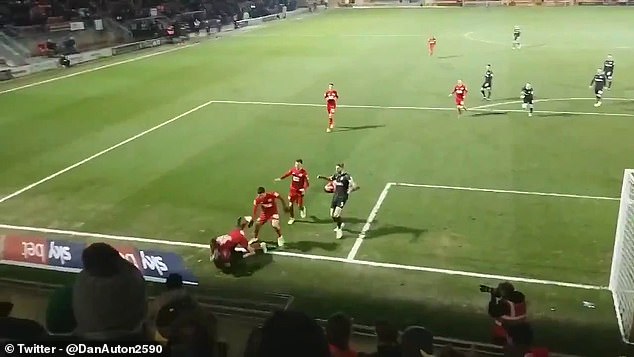 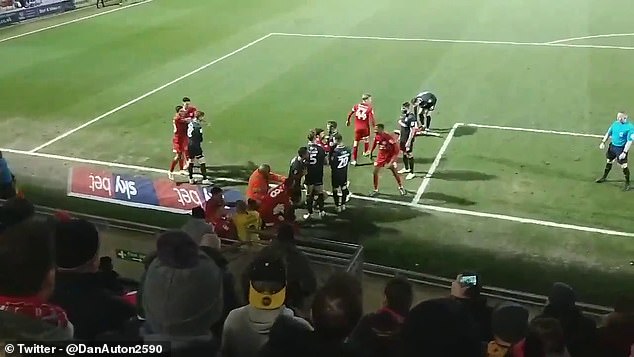 The brawl started between Dayton and Wharton as the Orient player attempted to retrieve the ball from the goal, as they searched for a winner.

Dayton then seems to grab Wharton by the neck, turning him before Wharton piles onto his opponent near the advertising hoardings.

After 17 players became embroiled in the brawl, referee Alan Young opted to dismiss the instigators, with Dayton and Wharton both receiving their marching orders before play resumed. 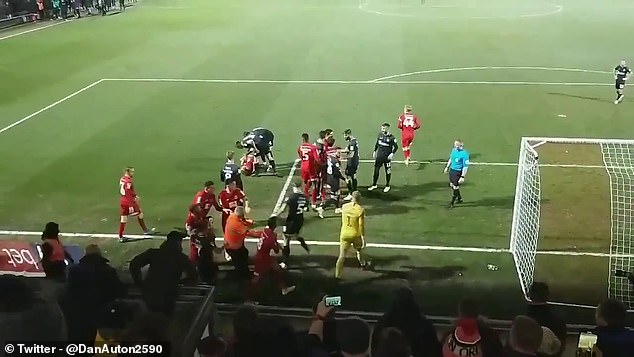 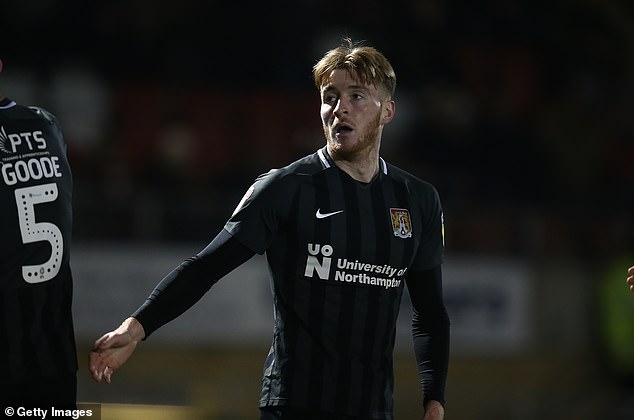 Northampton had earlier taken the lead on the stroke of half-time through Ryan Watson before the late drama in the League Two clash.

The result means Orient are in 19th place in the table, six points clear of safety and bottom-of-the-table Morecambe.

Meanwhile Northampton remain in the play-off places, in sixth on 46 points but only two points off Crewe in the final automatic promotion spot.