The Social Security Administration has announced that Liam and Olivia were the most popular baby names in 2020.

The full list of data was released by the SSA on Friday and reveals that 19,659 baby boys named Liam were born last year, while 17,535 baby girls named Olivia were welcomed into the world.

‘It appears parents chose to stick with the familiar during an unprecedented time, with the top three names for both girls – Olivia, Emma, and Ava – and boys – Liam, Noah, and Oliver – remaining the same for the second year in a row,’ a press release from the government organization read.

Other classic boys names continued to stay in vogue in 2020, with Elijah, William, James, Benjamin and Lucas all staying in the top 10 for the second year running.

Traditional monikers Henry and Alexander were new entries in the top 10, replacing Mason and Ethan, which have slipped in popularity.

But while some traditional boys names stay popular with parents, others have plummeted in popularity. 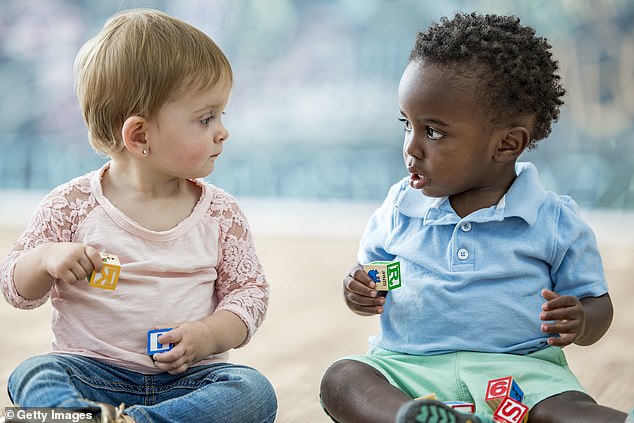 The top three names for  girls – Olivia, Emma, and Ava – and boys – Liam, Noah, and Oliver – remained the same for the second year in a row 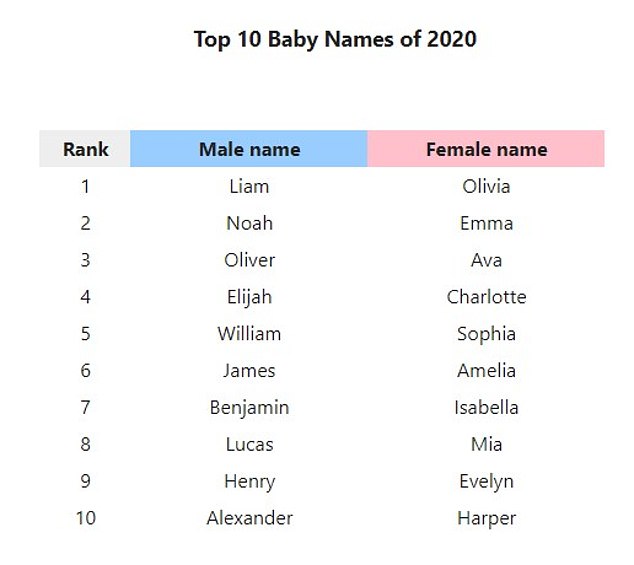 The full list of data was released by the SSA on Friday, and reveals there has been little change with parents’ preferences from the previous year

In 2020, there were no new entries to the top 10, with Olivia, Emma, Ava, Sophia, Amelia, Isabella, Mia, Evelyn and Harper all featuring for the second consecutive year.

But while those names may now appear to be safe choices, none of them were very popular with parents just two decades ago.

Now, the tables have turned, and those names are plummeting in popularity year by year.

Ashley, Alexis and Taylor, for example, have all fallen out of the top 100.

Additionally, the name Karen continues to decline in popularity after it became used a derogatory nickname for a entitled white woman. 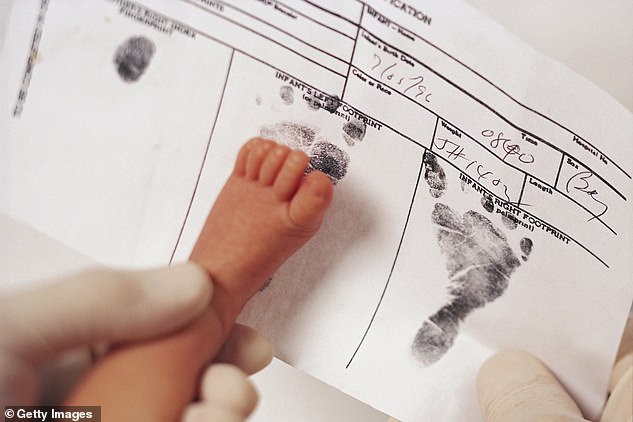