‘We will be treading water for the next few years’: Arsenal legend Liam Brady fears Gunners will have a long wait to compete with Premier League elite again as he slams the club’s recent transfer policy

Arsenal face a prolonged absence from the upper echelons of the Premier League according to club legend Liam Brady, who fears his former side could be ‘treading water for years.’

Mikel Arteta’s first full season in charge of the Gunners has been nothing short of a disaster so far, with the club failing to build on the FA Cup and Community Shield triumphs earlier in the year.

The Spaniard’s side are 15th in the table, just six points above the relegation zone -having suffered eight losses and won only five of their 15 league games.

Speaking before Saturday’s 3-1 win over Chelsea, the Arsenal legend – who played for the club between 1973-80 – blamed former chief executive Ivan Gazidis and ex-head of football Raul Sanllehi for wasting hundreds of millions on players.

‘If you look at Gazidis’s track record on buying players and that of Raul Sanllehi – who has recently left the club – the money that’s been spent in the last five or six years, you’re talking £300 to 350 million,’ Brady said on the Keys and Grey podcast.

‘Just look at the players we have signed under Sanllehi alone. Pepe for £72m. Lille have never sold a player for £72m. Gazidis had this idea he wanted to take the power of signing players away from the manager.

‘Unless things change with the owners and board we will be treading water for the next few years. I feel sorry for Mikel Arteta, having to unravel all this. 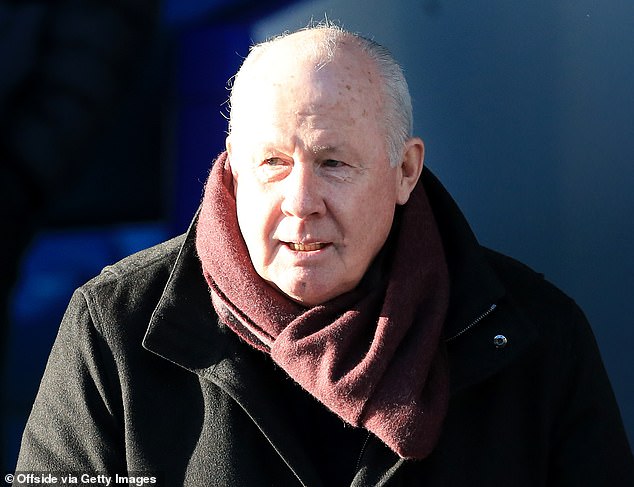 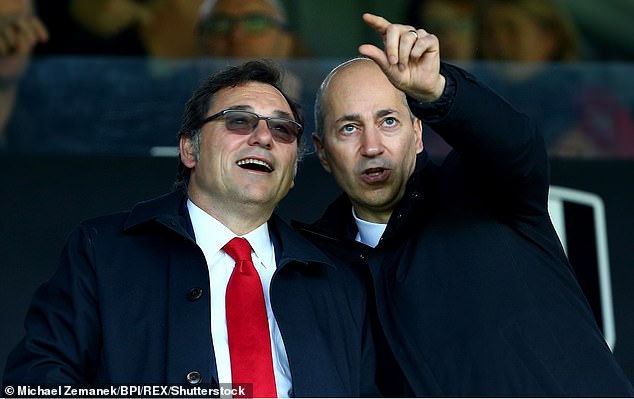 ‘It’s going to take time. I can’t see them getting back to the top unless you’ve got a brilliant manager. Arteta might be that, there’s been pluses and minuses so far but he’s got to be given time to make sense of this.’

Brady insisted that Arsenal should be patient with the 38-year-old as he attempts to rebuild the club after years of underachievement, with their last Premier League title coming in 2004.

He added: ‘It needs a major change. It’s going to take at least a couple of years to do it. I just hope Arteta can show he has the ability to turn it around.’

Next up for the Gunners is a trip to Brighton on Tuesday evening. 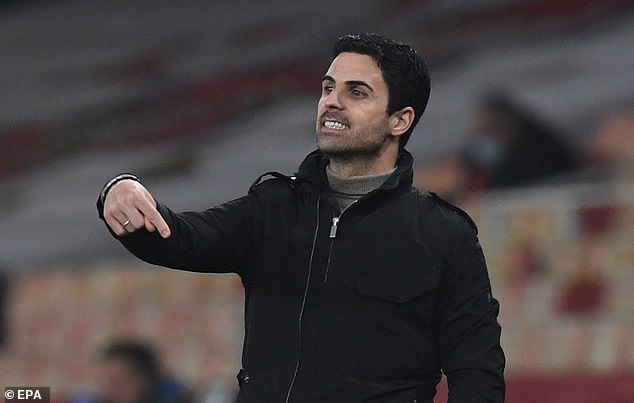