She reunited with her estranged father Liam Gallagher for the first time in 19 years.

Since rekindling her relationship with her musician father, Molly Moorish, 21, was back to her old style tricks as she attended the star-studded Dior Backstage launch party on Tuesday night in LouLou’s.

The model highlighted her enviable figure in a skintight grey mini dress as she partied alongside Bella Hadid, Lottie Moss and Rafferty Law.

Model behaviour: Molly Moorish, 21, was back to her old style tricks as she attended the star-studded Dior Backstage launch party on Tuesday night in LouLou’s

Teasing at her ample cleavage, her bodycon number displayed her lean legs as she arrived to the Mayfair venue.

She added volume to her ensemble with the help of a white faux faux jacket which she draped around her shoulders.

Adding a touch of sparkle to her attire, Molly layered a number of intricate necklaces around her which complemented her glittering handbag and velvet platform heels.

She slicked back her raven-coloured locks into a sleek chignon and applied a swipe of red lipstick across her plump pout. 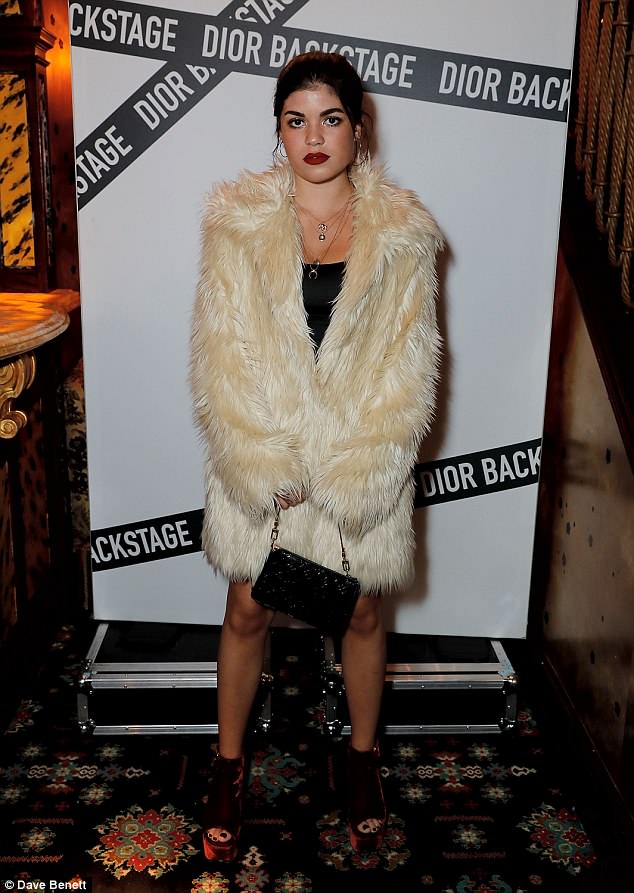 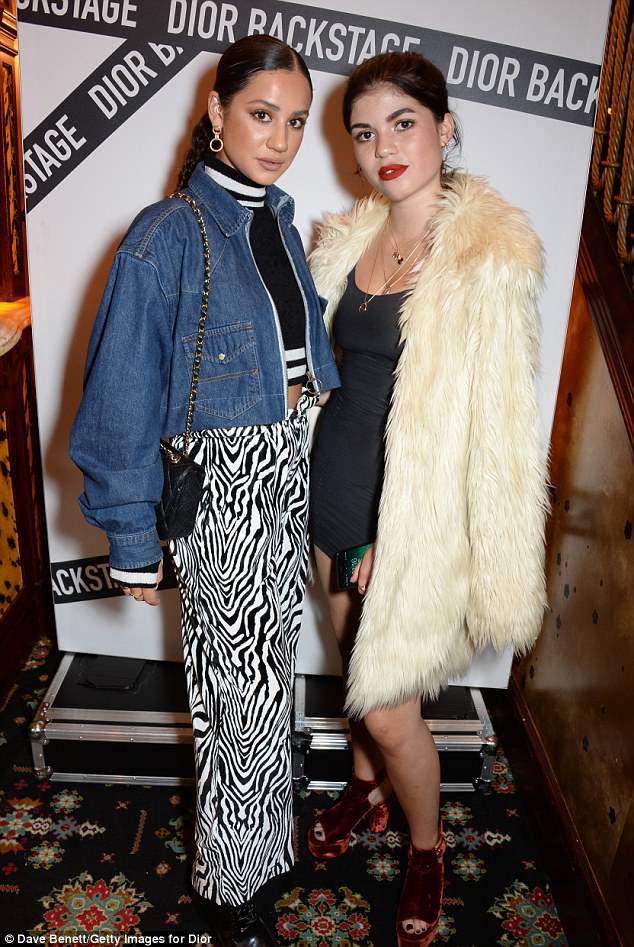 Molly attended the bash with her fashionable pal 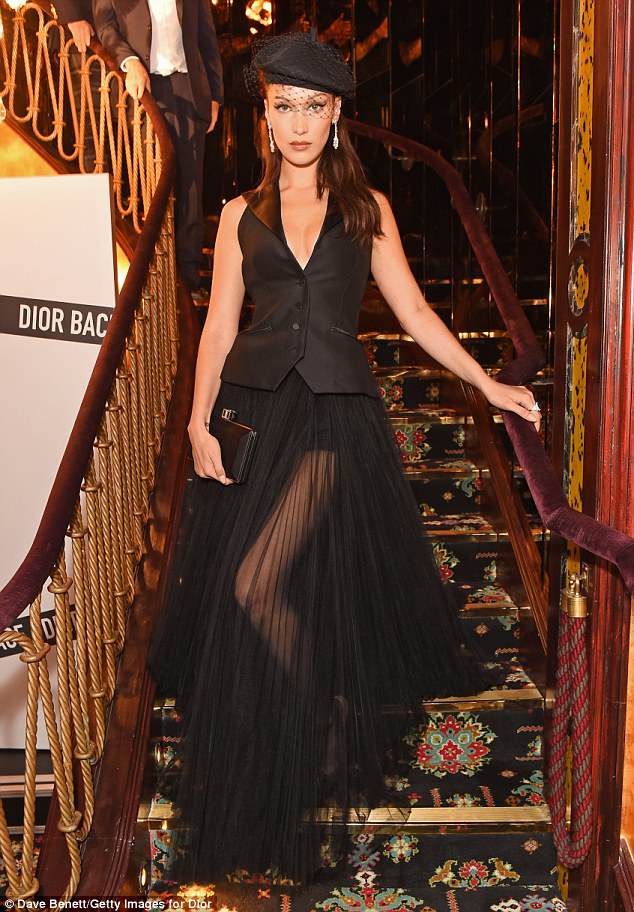 Sensational: Bella Hadid worked her angles as she posed away after arriving at the event 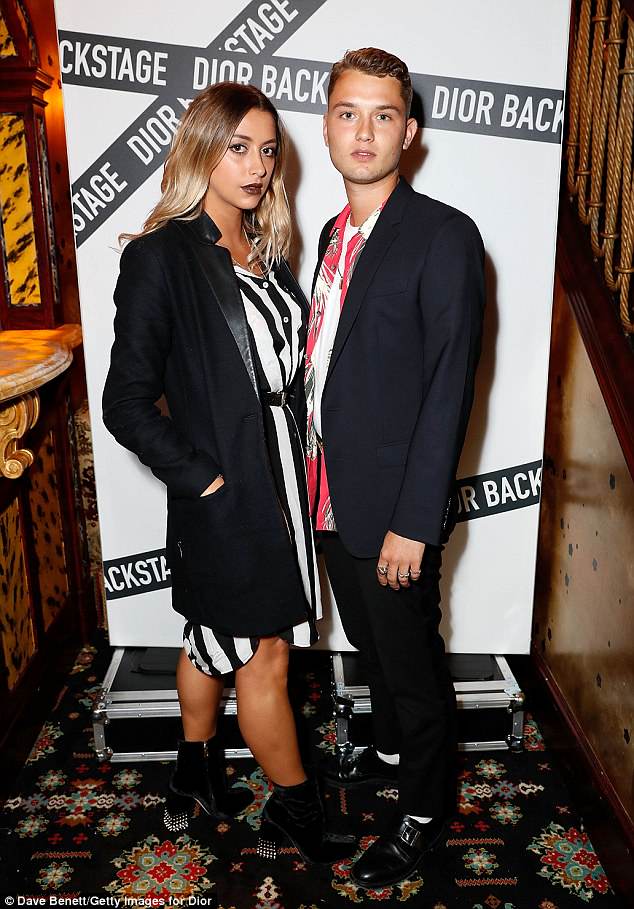 Her appearance comes after her father announced last week that they had reunited for the first time in 19 years.

And Liam revealed on Tuesday that while he is happy to have rekindled his relationship with his 21-year-old model daughter, he is also worried that she’ll get sick of him.

Speaking about rebuilding their bond during an appearance on BBC, the Oasis rocker, 45, explained: ‘I hope she doesn’t get sick of me, you know what I mean.’

At the time, Liam announced the happy news with a candid black and white photo showing him standing arm-in-arm with Molly, who he fathered during a two-year relationship with Lisa Moorish, 46.

And in the sweet family snap he posed alongside his daughter and two sons Lennon, 18, and Gene, 16, as they attended their father’s gig at the London Stadium, where he supported The Rolling Stones. 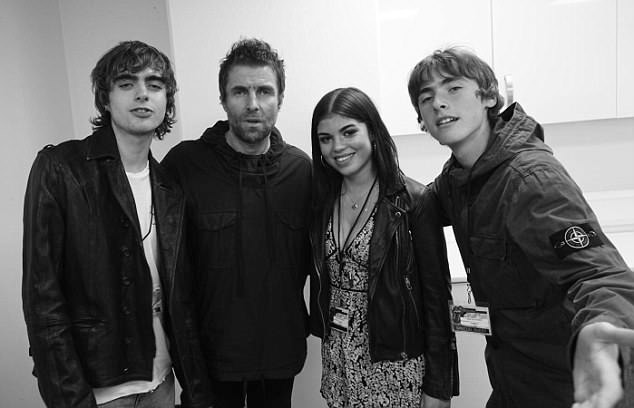 Worried dad: Her appearance comes after her father announced last week that they had reunited for the first time in 19 years 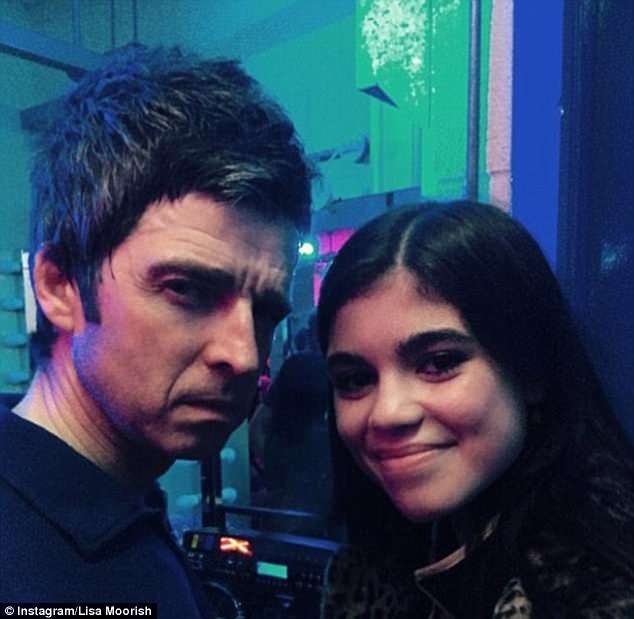 Proud: Speaking about reuniting with his daughter during an appearance on BBC 2, the Oasis rocker said of the experience: ‘She’s a top girl and she’s all good’

Speaking about their support, he said: ‘It was amazing, and they all looked beautiful and it was cool. Molly was there … first time … I met her before.’

Molly also proudly posted the image, and captioned it ‘As you were’ in homage to her Wonderwall hitmaker father’s album.

Liam was happy that his daughter got on well with her half siblings at the event, as he added: ‘We’re getting on good, it’s early days and they’re getting on great, the kids and that.’

He continued: ‘It was nice to have them all there … she’s a top girl and she’s all good.’ 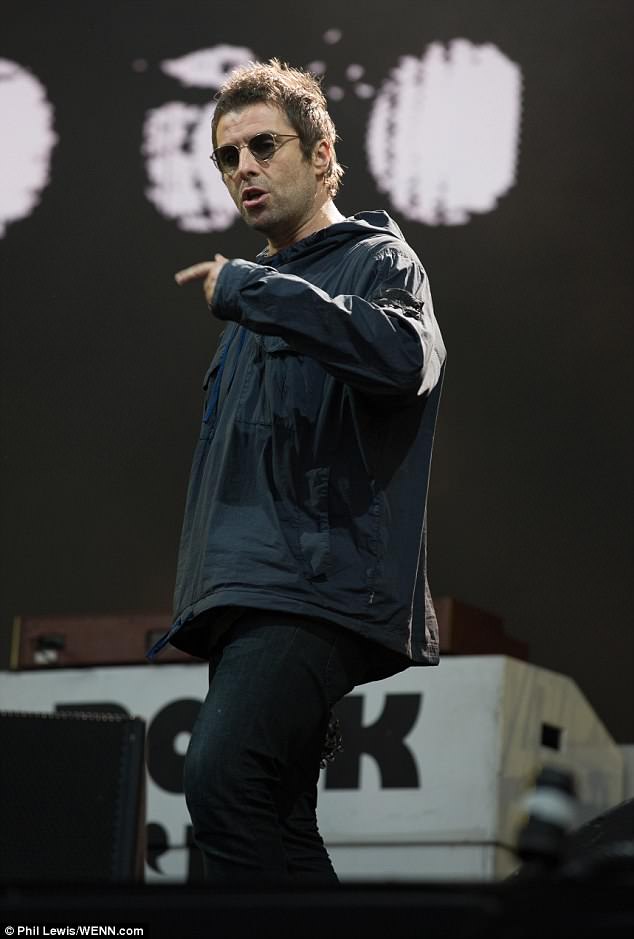 Supportive: Liam’s three children attended their father’s gig at the London Stadium, where he supported The Rolling Stones last week

Like his daughter Molly, Liam recently confessed he has never met his other little girl  Gemma Ghorbani, five, who was born after a fling with journalist Liza Ghorbani, which ended his marriage to Nicole Appleton at the time.

The Live Forever singer told The Mirror that despite paying child support for his two daughters, he ‘never got round’ to meeting them.

As well as his daughters, Liam is also father to son Lennon with ex-wife Patsy Kensit, and Gene with his second wife Nicole Appleton. 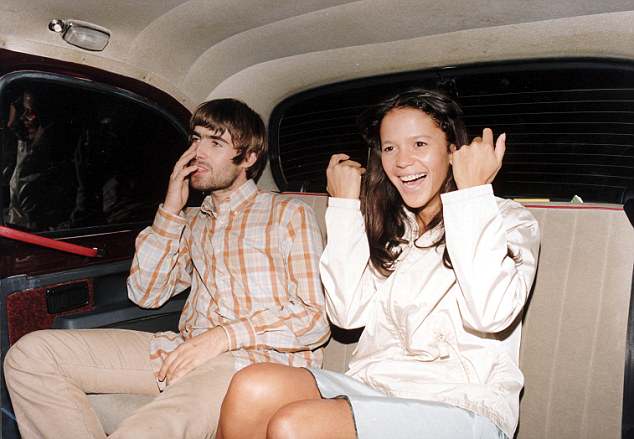 In happier times: Liam fathered Molly in 1998 during a two-year relationship with Lisa Moorish (pictured leaving Brown’s restaurant together in London in 1995)