How low can you go? Liam Hemsworth flashes his underwear as he sips on a Kombucha while shopping for healthy groceries in Byron Bay

He is know for his incredibly ripped body.

And Liam Hemsworth revealed one of the secrets behind his fit physique as he went shopping in Byron Bay recently.

The Hollywood star was seen picking up some healthy groceries from a local food store.

The 32-year-old sipped on a Kombucha as he carried a large box of leafy greens back to his SUV.

He flashed a hint of his underwear as he placed his shopping in the front seat.

Liam looked handsome in a loose-fitting pair of navy trousers teamed with a baby yellow T-shirt, navy sneakers and a baseball cap.

It comes after his big brother Chris Hemsworth revealed Liam was almost cast as Thor.

‘My little brother almost got cast as Thor,’ the 38-year-old told website Mensxp.

‘He was one of the first people who got right down to the wire on getting the part so I could cross paths with him. That will be fun.’ 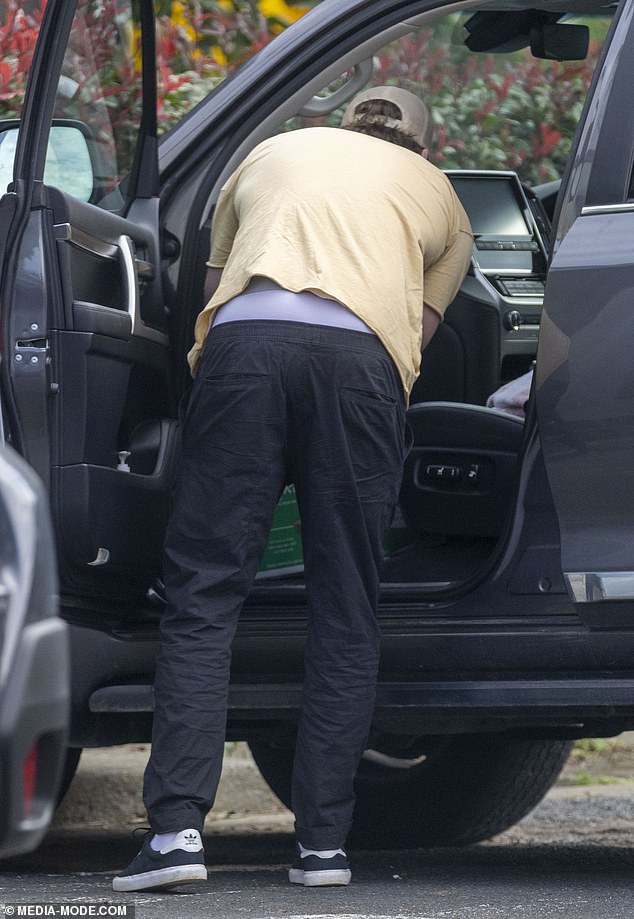 Chris previously revealed that he blew his original audition for Thor, before Liam came in to test for the same part, and got much further in the process.

That motivated Chris to ask for his manager to get him a callback to have another go, with the role ultimately going to him, not Liam, as a result.

‘I came in kind of with a little, I guess, motivation and maybe frustration that my little brother had gotten further than me,’ he told W Magazine. 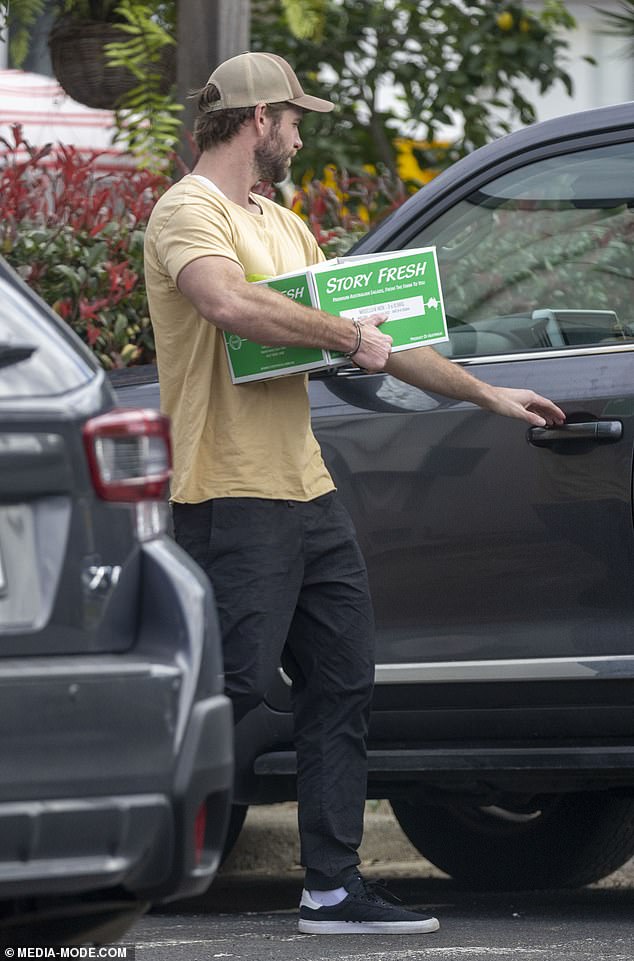 Liam looked handsome in a loose-fitting pair of navy trousers teamed with a baby yellow T-shirt, navy sneakers and a baseball cap

‘It’s a little family, sibling rivalry sort of kicked up in me. Then it moved pretty quick from there. It was cool.’

The play-within-a-film storyline repapers in Thor: Love and Thunder, which is out now. 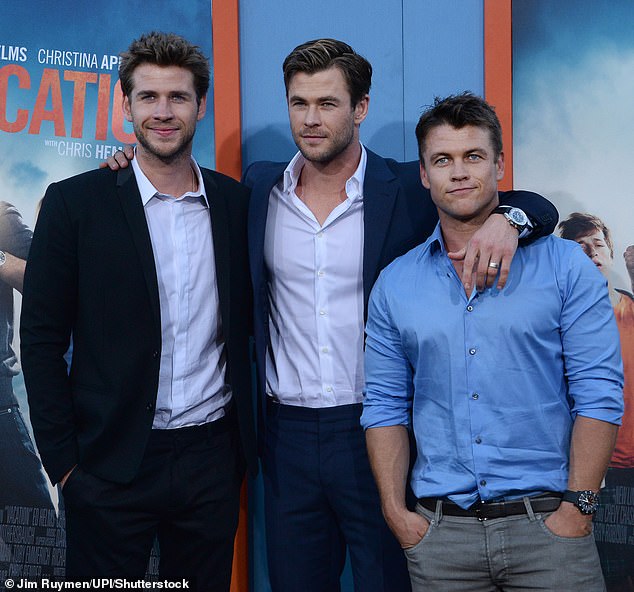 Liam is pictured with his older brothers Chris, middle, and Luke, far right