He shares four-year-old son Bear with his ex Cheryl.

And Liam Payne, 27, provided fans a glimpse of how he was spending Father’s Day with his little one on Instagram on Sunday.

The One Direction star recorded himself speaking with Bear at Cheryl’s house, showing his appreciation for his homemade gift.

Doting father: Liam Payne, 27, provided fans a glimpse of how he was spending Father’s Day with his four-year-old son Bear on Instagram on Sunday

The youngster had made his father a batch of cookies with googly eyes and covered in other sweet treats, tucked into a paper plate and tied with a blue bow.

Showing off his new blonde hairstyle, Liam shared the heartwarming clip with his 22.9million followers on his Instagram Stories.

It comes after it was revealed Cheryl, 37, reportedly doesn’t want her four-year-old son to follow in his parents showbiz footsteps. 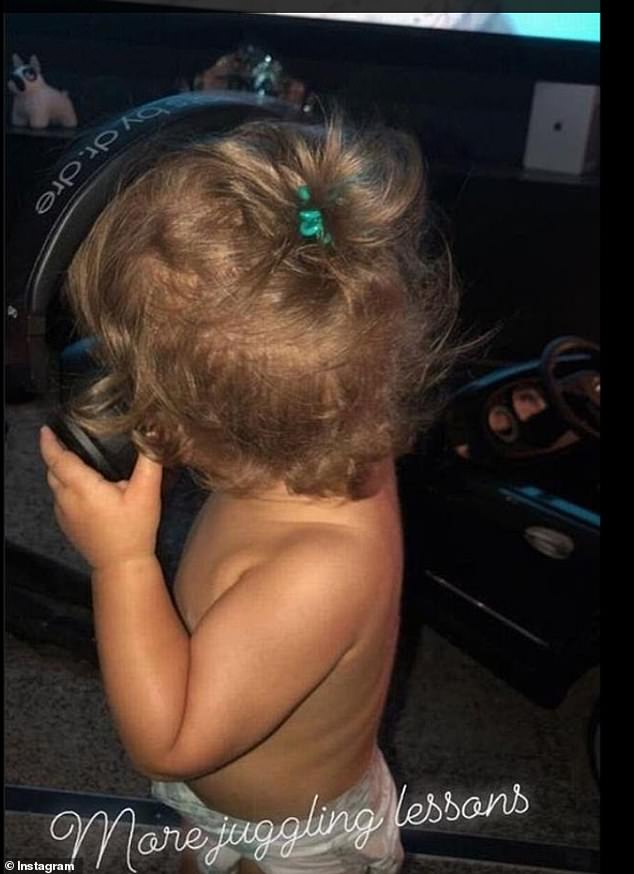 Cute: The One Direction star recorded himself speaking with Bear (pictured as a baby) at Cheryl’s house, showing his appreciation for his homemade gift 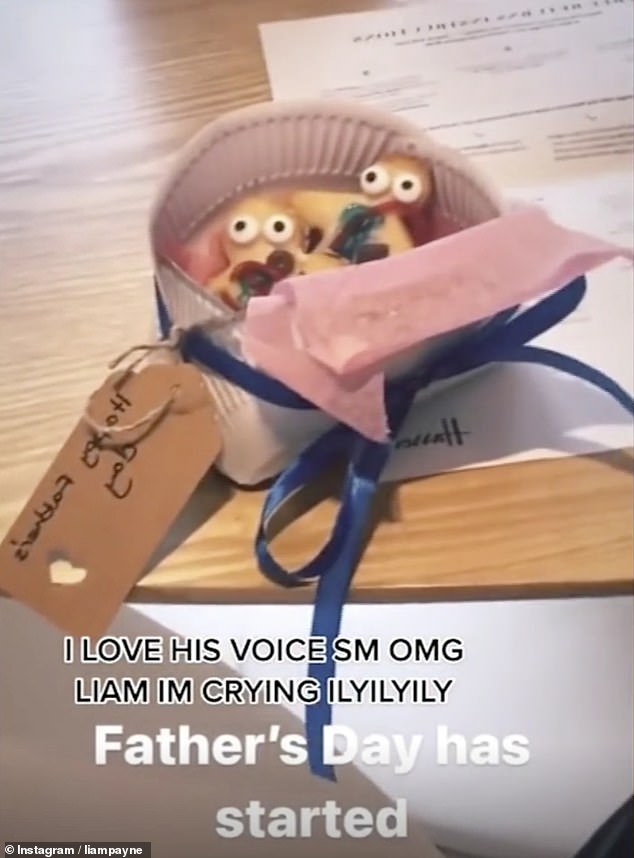 Sweet: The youngster had made his father a batch of cookies with googley eyes, tucked into a paper plate tied with a blue bow

Liam recently spoke about Cheryl’s desires for their child, including her hopes he will be a ‘yoga person’.

The Strip That Down star said On the Diary Of A CEO podcast, he is also unsure whether he would want Bear to take part in reality shows like his father.

Liam applied for The X-Factor in 2008, where he first met Cheryl, but was rejected at judges house and rocketed to fame with 1D when he returned to the show in 2010.

‘This is a tricky one. I think his mum hopes he’s going to be this yoga person. His mum is very chilled these days,’ Liam said.

‘I would never stop him but I would let him know the risks. My parents did not experience what I had. I want him to do something he enjoys doing every day.’

The couple, who split in June 2018 after two and a half years together, have largely kept their son’s life hidden from the public eye.

Liam’s latest revelations about his and Cheryl’s hopes for their son comes as the popstar gave fans a candid insight into his life as he discussed his wild ‘pills and booze phase’ during his One Direction days.

Speaking with Steven Barlett on the Diary of a CEO podcast, Liam – who recently called off his engagement to American model Maya Henry – also revealed he is unable to carry out basic everyday tasks and still ‘feels like a child’ despite his £500 million net worth.

Liam admitted that during his time in One Direction he struggled with addiction and mental health issues that he has kept secret, until now. 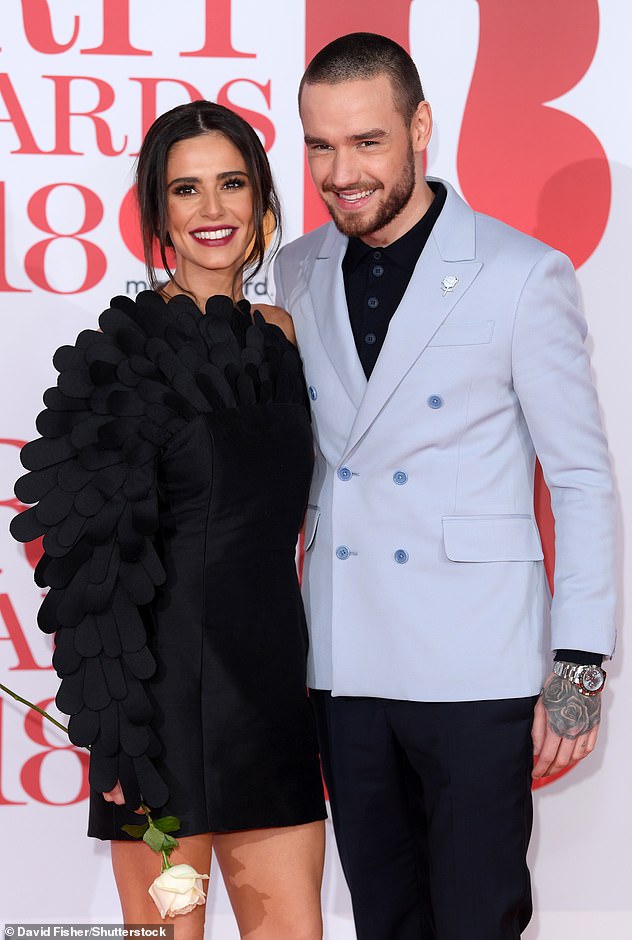 Whirlwind romance: The couple welcomed Bear in March 2017 but confirmed the end of their romance in July 2018 (pictured in February 2018)

The group, formed of Liam, Harry Styles, Louis Tomlinson, Niall Horan and Zayn Malik was formed on The X Factor in 2010, and they went on to become the biggest boyband in the world before their split in 2015.

Yet Liam struggled to stay sober on tour, confessing: ‘There were a few pictures of me on a boat and I was all bloated out and I call it my pills-and-booze face.

‘My face was 10 times bigger than it is now. The problem was, the best way to secure us was to lock us in our rooms, and what is in the room? A mini-bar.

‘So I had a party-for-one that seemed to carry on for years. It was wild but the only way you could get frustration out.’

He also struggled with his mental health, and when asked about ‘moments of suicidal ideation’, Liam confessed: ‘Yeah. There is definitely some stuff I have never spoken about to do with it. It was really, really severe. ‘ 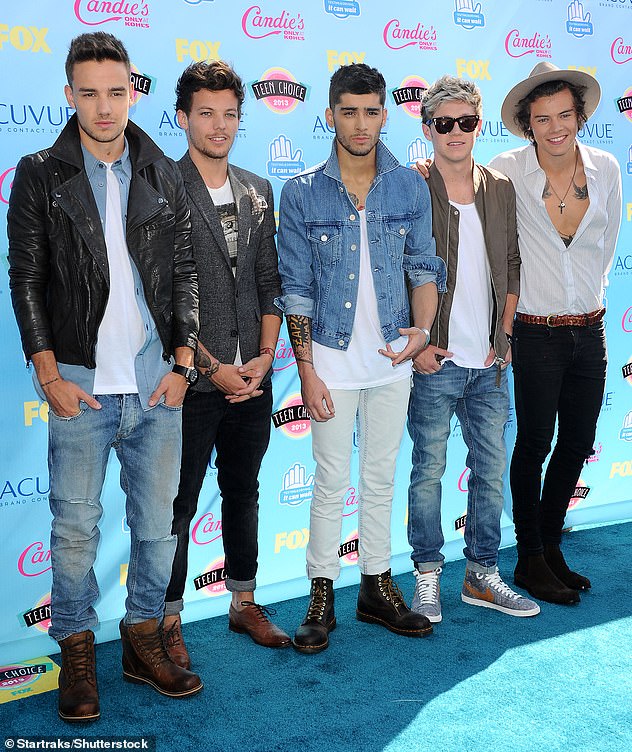 Finding fame: One Direction – Liam, Louis Tomlinson, Zayn Malik, Niall Horan and Harry Styles – formed on The X Factor in 2010, and they went on to become the biggest boyband in the world

Liam – who was just 16 when he joined One Direction – also spoke about how finding fame at a young age meant that he was unable to care for himself, as he had all basic tasks carried out for him.

He explained: ‘I was a director of a half-a-billion pound industry at 22. But if I am trying to pay car insurance I am useless. Picking up my post? I am the worst person in the world. You are deluded in your growth.’

The hitmaker added: ‘I still feel like a child in so many ways. There is no link between money and happiness. It is a myth. Money is the ability to relax on certain things.’

Liam went on to reveal that he slipped back into bad habits during lockdown, and became reliant on alcohol, which led to him putting on weight.

‘What I’ve found more than anything with the alcohol is boundaries. If you’re on Zoom you can probably get away with being a bit tipsy, when you’re not supposed to be.’

Elsewhere on the podcast, Liam revealed why he called off his engagement to fiancée Maya.

The couple confirmed their engagement in August 2020 after Liam popped the question during lockdown with a £3 million ring.

The pair were first linked back in August 2018 shortly after Liam’s high-profile split from Cheryl. 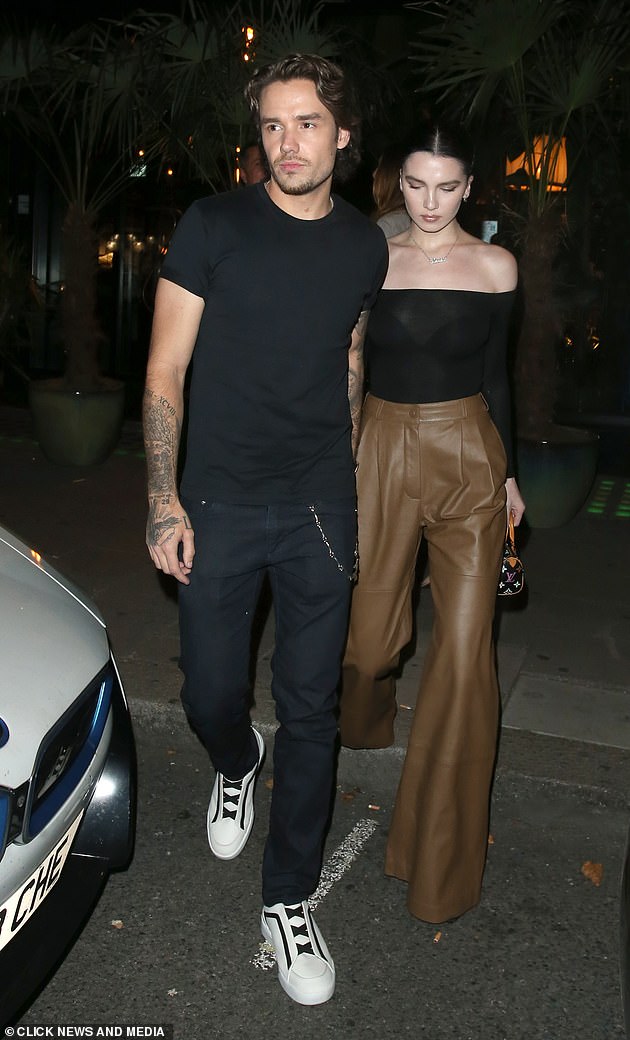 Sad news: Elsewhere on the podcast, Liam revealed why he called off his engagement to fiancée Maya as he said he needs to ‘work on himself’  (last pictured in September 2020)