The AFL star was found sitting near a damaged Toyota Rav4 by police in a park in Armadale, in south eastern Perth, just after 6am.

The charge comes just days before Ryan is set to play in the Eagles’ forward line in the AFL grand final against rival Collingwood on Saturday.

On Thursday, he was formally charged by police, who were waiting on the results of blood tests taken from the incident.

Ryan was set to appear at a school holiday coaching clinic just three hours after the incident but instead spent the day with club officials.

He spent the day attempting to establish how he was involved in the ‘minor crash’ on Devonshire Terrace in Armadale.

It is believed that the crash occurred after Ryan had an argument with his partner in the early hours of the morning.

West Coast released a statement on Thursday saying that they were aware the star player would face court in October for the charges.

‘While Ryan was suspended for two AFL games by the club at the time, it has and will continue to work closely with him, with his health and wellbeing always being a priority,’ the statement said. 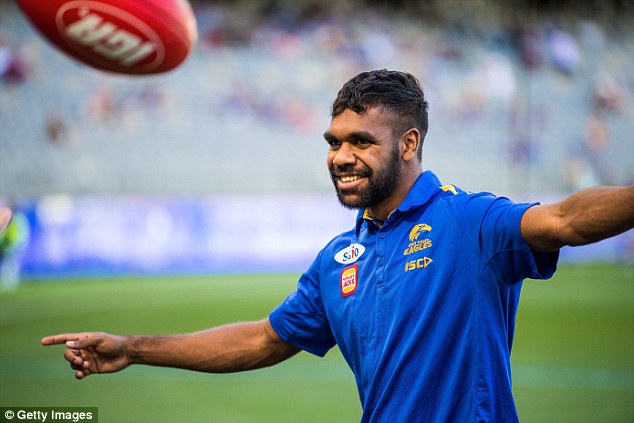 The AFL star was found sitting near a damaged Toyota Rav4 by police in a park in Armadale, in south eastern Perth, just after 6am

‘The club has kept the AFL informed of all circumstances around this incident and Liam has at all times co-operated fully with police.

‘The club understands the media interest around the situation, but as this is an on-going legal matter and it involves sensitive personal issues around Liam’s health and well being, there will be no further comment until the legal process has been concluded.’

Earlier this month, Ryan spoke publicly about the crash and said that the early-morning accident was a big wake-up call.

‘That car crash really straightened me up,’ Ryan told AAP.