Jo Swinson blasted attempts by Jeremy Corbyn today to cobble together an alternative Government under his leadership to block Brexit.

The Liberal Democrat leader came under pressure today to support the Labour chief’s idea of leading a caretaker government if Boris Johnson was booted out by a no confidence vote in September.

SNP leader Nicola Sturgeon urged her to ‘rethink’ after she attacked Mr Corbyn’s abilities and suggested veteran Remainers Ken Clarke and Harriet Harman would be better placed to lead a unity administration.

In her first major speech as party leader, Ms Swinson said the Commons needed to win a vote of no confidence against Boris Johnson and within 14 days install a new PM who has ‘the confidence of the House and will stop a no-deal Brexit’.

Referencing Mr Corbyn’s suggestion, she said: ‘There is no way he can unite rebel Conservatives and Independents to stop Boris Johnson. It is not even certain that he would secure all the votes of Labour MPs. 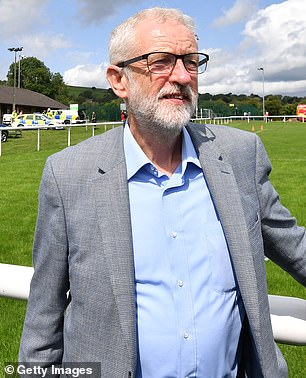 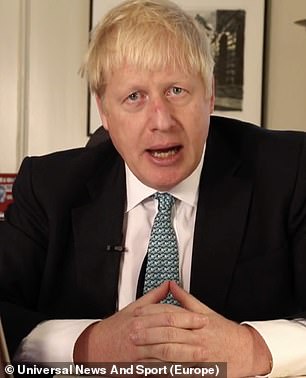 Labour leader Jeremy Corbyn was accused of plotting a ‘desperate’ coup against Boris Johnson’s government. The PM is seen on the right in a Facebook Live yesterday

‘This isn’t about personalities, this is about having a plan that actually works. What we need in a leader of an emergency government is a long-serving Member of Parliament who is respected on both sides of the House.

‘Someone like Ken Clarke or Harriet Harman – the Father and Mother of the House – they are hugely experienced and, unlike Jeremy Corbyn, or indeed myself, they are not seeking to lead a government in the long term.’

Scottish First Minister Nicola Sturgeon later tweeted: ‘To be clear, the SNP remains willing to work across party lines and explore all options to stop a no deal Brexit.

‘Jeremy Corbyn’s suggestion is not the only possible option – but given the circumstances, nothing should be ruled out at this stage. Jo Swinson should rethink.’

Her sentiment was echoed by Green MP Caroline Lucas.

When asked if she had spoken to Mr Clarke or Ms Harman about her suggestion to lead the government, Ms Swinson said she was confident that they would be happy to take on the role.

‘I have been in contact and I certainly think that those are both politicians who not only have that long experience across the House and have served the country well in the past and put public duty at the heart of what they’ve done but they are still individuals who are very much motivated by public duty and what is right for the country.

‘And I’m confident that if that’s what the House of Commons resolves that those individuals will be happy to take on that role to try to steer our country through these difficult waters.’

But Ms Harman later tweeted that Jeremy Corbyn was ‘right to reach out across parties to stop No Deal Brexit’. 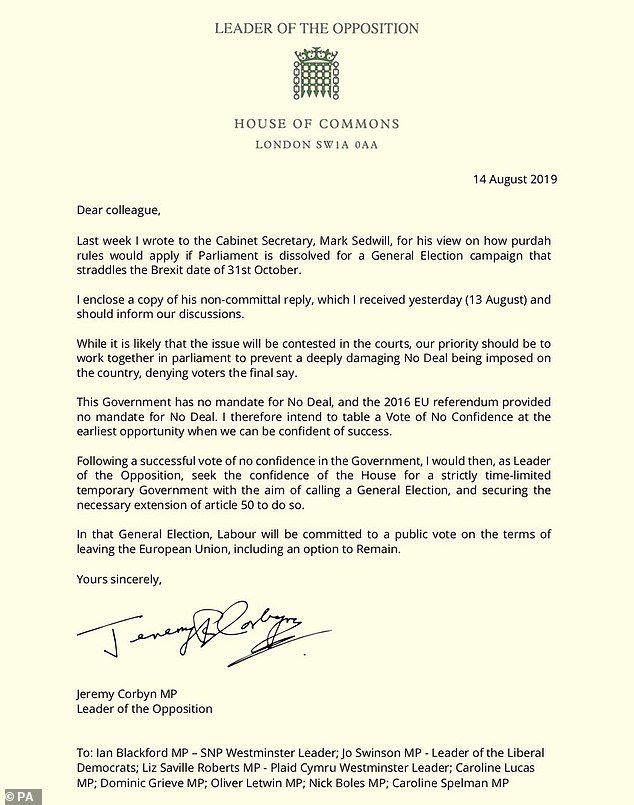 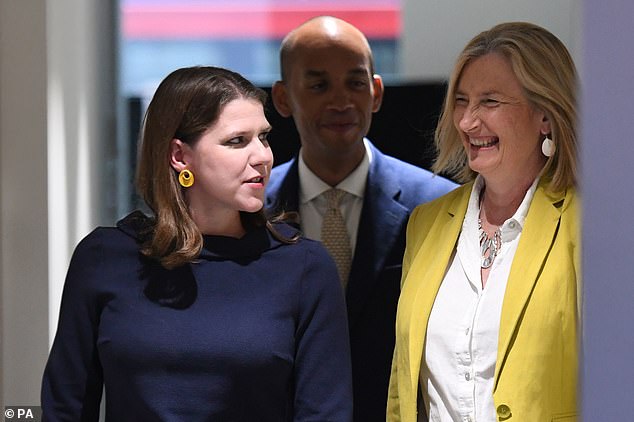 Ms Swinson said she was ready to ‘work with anyone’ to stop Mr Johnson and his ‘hardline Brexit Government’.

‘Despite saying that no-deal was a million-to-one chance, that is clearly the destination that Boris Johnson is headed towards. He was prepared to say anything in his selfish quest to become Prime Minister at all costs.’

She accused Mr Johnson of ‘playing with fire’ and ‘playing at being Prime Minister’ over his Brexit stance.

‘Just what will he say to the father who has just lost his job because of no-deal Brexit? Telling him to cheer up in Latin just won’t wash. Boris Johnson: stop playing with our country’s future.’

Ms Swinson arrived at the speech with Ms Wollaston, and Chuka Umunna – who also recently switched to join the pro-Remain party.

She praised Ms Wollaston, who represents Totnes, as a ‘formidable’ MP and said: ‘I am so glad to have her by my side in our fight to stop Brexit.’