Lib Dems and SNP table vote of no confidence in May’s government: Minor parties upstage Corbyn as they hatch Commons motion – but PM can still ignore the calls

The SNP and other opposition parties have tabled a vote of no confidence in the UK Government.

It comes after Labour leader Jeremy Corbyn demanded a Commons vote on the Prime Minister’s future when she confirmed a vote on her Brexit deal would not take place until after Christmas.

The SNP, Liberal Democrats, Plaid Cymru and the Greens tabled a vote of no confidence in the UK government following a meeting on Tuesday evening.

They said the decision follows constant pressure on Mr Corbyn to table a motion of no confidence in the UK government under the Fixed Term Parliaments Act, which he has not done. 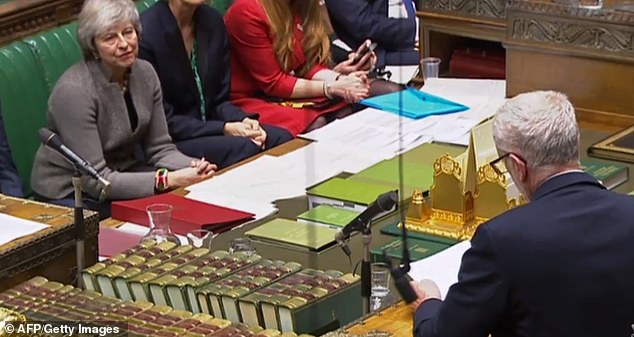 What are the types of confidence vote that the PM can face?

1. Vote of confidence in the Prime Minister

Yesterday’s vote tabled by Jeremy Corbyn expressed his lack of confidence in the Prime Minister, not in her government as a whole.

The Commons Leader is only obliged to make time for a confidence vote in the Government itself.

That means that if Corbyn had demanded a vote into Mrs May’s administration rather than the prime minister herself, it could not have been be dismissed as it was.

2. Vote of confidence triggered by sitting prime minister’s own MPs

The Prime Minister has already been forced to hold a vote of confidence to be decided by members of her party.

This occurred because the Tory 1922 Committee announced the threshold of 48 letters expressing no confidence in Mrs May had been reached. She survived the vote with a majority of 83 MPs and cannot now by threatened with a repeat for 12 months.

3. Vote of confidence in the government demanded by Leader of the Opposition

Technically only the Leader of the Opposition has the power to demand this vote. The Fixed Term Parliaments Act requires the Leader of the Commons to submit to such a vote, which could then topple the prime minister from her position.

Mr Blackford said: ‘Opposition leaders have taken the decision to table a vote of no confidence in the UK government under the Fixed Term Parliaments Act – something Jeremy Corbyn has failed to do.

‘Labour has failed to hold the UK government to account over their shambolic Brexit negotiations.

‘Their motion of no confidence in the Prime Minister on Monday was a gimmick – we attempted to strengthen it with our own amendment and it’s regrettable it was not offered time for debate in Parliament.

‘By tabling our motion on Tuesday evening, we hope to be afforded time by the UK government to debate it before Parliament closes for the Christmas recess.

‘It is clear the Prime Minister’s tactic has been to run down the clock and deprive Parliament of any alternative to her deal.

‘Jeremy Corbyn seems happy to let her – presumably to avoid having to make a decision on a second EU referendum. This is not acceptable and people deserve better.

‘We want this motion to succeed but if it doesn’t, Labour’s only excuse for not backing a second referendum will be removed.

‘We can then all get on with building a majority for that vote.’

It is understood the Government only has to give time to motions tabled in the name of the Leader of the Opposition. 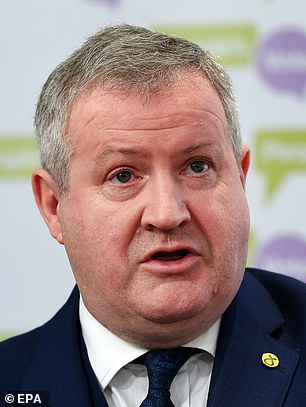 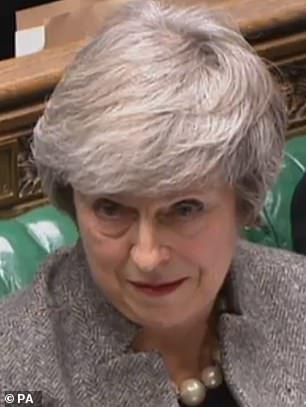 Today SNP Westminster leader Ian Blackford (pictured left), alongside the leaders of the other smaller Opposition parties, tabled a motion of no-confidence in the Government led by Prime Minister Theresa May (pictured right)

Plaid Cymru Westminster Leader Ms Saville Roberts added: ‘Labour may be the ‘official’ opposition, but this is what real opposition looks like.’

A Scottish Labour spokesman said: ‘The SNP seem more interested in Labour’s parliamentary tactics than in the Tory Government’s botched Brexit deal, and they have made it clear they do not expect, or even want, this motion to pass.

‘It suits the SNP to keep the Tories in power, with all the chaos and instability that will bring.

‘We have said we will not table a motion like this for the purpose of it being defeated, we will do it when we judge it most likely to be successful.

‘MPs on all sides are furious that Theresa May is running scared of bringing her deal to the Commons, and Labour is demanding a vote on this as soon as possible.’