Rejoice! Rejoice, all ye battered old wirelesses! Waggle your antennae in triumph, spread a smile across your circuit-boards, let joy flicker through every transistor!

Yesterday saw a reprieve for millions of our old friends: FM radios.

Their doom had been pronounced by digital decree when the BBC and government ruled that once more than half of radio listening was via DAB — the digital signal that requires a Digital Audio Broadcast radio — they would switch off the old analogue FM signal for good.

Rejoice! Rejoice, all ye battered old wirelesses! Waggle your antennae in triumph, spread a smile across your circuit-boards, let joy flicker through every transistor! Yesterday saw a reprieve for millions of our old friends: FM radios

But now that threat is removed. Like a Roman Emperor suddenly turning his thumb up to spare a brave gladiator from the lions, Bob Shennan, director of radio at the BBC, confirmed at a media conference in Vienna that he’s cancelled this planned vandalism.

Changes in listening, and a desire to keep radio flourishing in the baffling new age of podcasts and online firms such as Audible (which sells digital audiobooks, radio and TV programmes via the internet), mean every conduit will be kept open.

Radio’s future, he says, is to be threefold: FM, DAB and online. I couldn’t be happier. I have been ranting about the folly of the switch-off ever since the lordly decision was made, and we were all urged, in sickening ads fronted by Stephen Fry, to go out and buy DAB radios to be ready for the new age.

The analogue switch-off would have seen millions of radios consigned to landfill, and sabotaged many settled habits. It would have turned our friendly, familiar radios into junk, a terrible thought because they are intimately woven into everyday routines. Radios are company, enlightenment, amusement, all in a small package.

A portable is something to laugh at or to dance to; to carry upstairs to bed with a sore heart, or flick into life in the morning when a government has changed or Ken Dodd has died. They have brought us news of disasters and triumphs, gripped us with drama, soothed us with meditation.

Of course, all these things can come through newer devices. But real affection grows round old sets. They’re not like smartphones — obsolete in a couple of years. 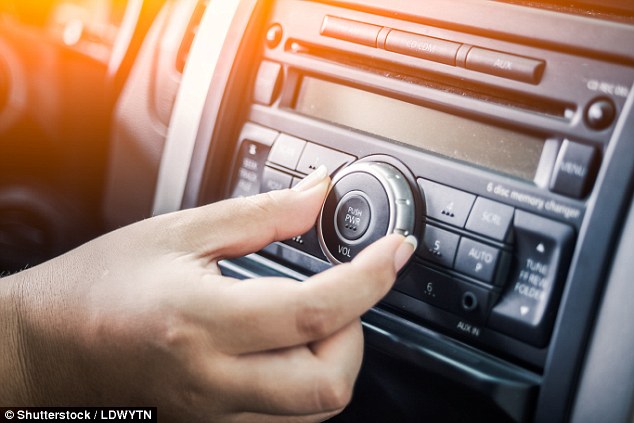 I could write my life story in radios. There is my mother’s old Roberts radio, now in the bathroom, slightly mended with Elastoplast, but still with a lovely tone. There’s the battered old ‘tranny’ I had at college, which hangs around on the chest of drawers by my hairbrush.

There’s the brown pocket radio my son gave me ‘to make bike rides less boring’ and the tiny fluff-covered one in my handbag for listening to on the bus so I don’t waste phone battery.

When I was writing my memoir, Radio, A True Love Story, this persistent, sentimental affection for the appliances themselves was a recurring theme.

Radios have been our friends since that day in November 1922 when the BBC began broadcasting from Marconi’s London studio, 2LO, in the Strand.

In the excitement, people made their own sets, buying lumps of crystal and Wireless Constructor Magazine, and — with a pound of No. 16 DCC wire and a hexagonal pickle bottle — tuning in. 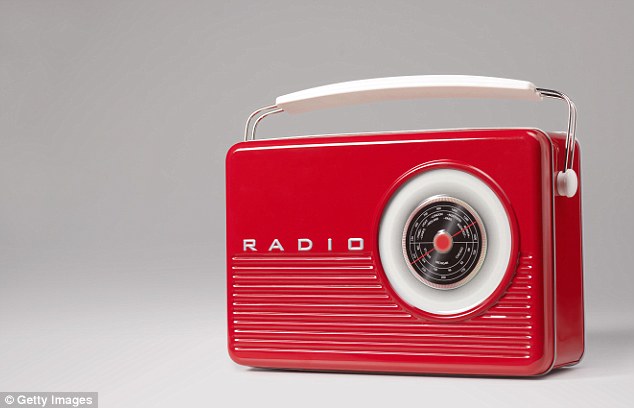 My mother remembered her father building a valve radio in a cabinet and the family gathering round.

Peter Black’s history of early radio, The Biggest Aspidistra In The World, cites an advertisement for lampshades headed ‘Women of Britain!’ and pointing out that gathering round the wireless could keep husbands and boys ‘away from the club and at home where they experience the benefits of your gentle charm and influence’.

Aged nine in the late Fifties, I followed my grandfather’s tradition because I longed for a radio of my own — one of the new ‘trannies’, small enough to slip into a pocket. Fashion magazines showed girls holding them up in a carefree manner, light and bright and plastic-pastel, as desirable as iPhones are to modern teens.

So I sent away my pocket money for a kit, and struggled bitterly with my first soldering-iron.

The family radio was a big walnut brute in the kitchen, with magic words such as ‘Hilversum’ on its dial, and we listened together to Tony Hancock. But the idea that I could have announcers, orchestras and Jimmy Edwards in Take It From Here in my own little box was deep magic; an audible dolls-house in your skirt pocket.

As a teenager I slept in a tent in the garden in summer — the illicit thrill of Luxembourg and Radio Caroline playing me to sleep.

Or I’d twiddle the knobs and get strange foreign sounds, unfamiliar music, harsh women reading bulletins on the five-year-plan from behind the Iron Curtain.

Then, of course, I made my life in radio, so it’s no wonder I feel so passionately about it.

People who unwillingly spent money (far fewer than predicted, actually) on new DAB radios or converter kits for their car radios in anticipation of the FM shutdown will no doubt feel miffed now the future’s not all DAB.

Say thanks to the Yanks for our stiff upper lip

The stiff upper lip is held up as a peculiarly British trait — but it was invented by the Americans.

In Alex Renton’s new book about boarding schools, Stiff Upper Lip, he investigates the U.S. origins of the expression.

Renton says even prime ministers such as Pitt the Younger and the Duke of Wellington wept in public. Only after importing the concept of the stiff upper lip from U.S. did Britons acquire our cold, emotionally restrained reputation.

Some, though will have enjoyed the wider choice: digital-only channels have certainly been a bonus, with fabulous half-forgotten programmes resurfacing on BBC Radio 4 Extra, for example, and interesting shows on Radio 6 Music.

Yes, the extras are fine. But keeping the core national stations on FM is massively important.

Turning off FM and putting all the radio eggs in the DAB basket was always a dreadful idea.

For one thing, DAB coverage is not reliable everywhere. And the power consumption of DAB radios is four times more than FM: your batteries run out eyewateringly fast on your fancy new set.

The inclination is to plug it in and to hell with the electricity bill, trying to forget that unless you turn it off at the socket, a DAB radio is effectively a computer on standby. And if you do turn it off at the wall, it’ll take ages to boot-up and you’ll miss the headlines or the start of The Archers.

Of course, streaming online — listening live or via iPlayer on the internet — is ever more popular, especially with the young, and that is part of Bob Shennan’s new triple vision. But wifi and 4G signals are not available everywhere and data costs money. Plus, there are moments, at home or in the car or out walking, when you are sick of screens and cursors and just want to stab a button and hear your favourite station.

It’s familiar, it’s easy and reliable — and FM sets are cheap. Even if the BBC exasperates you sometimes, it is a marvel of our democracy that its news, drama, documentaries and local stations are available to anybody, free, even if they’re huddled under a cardboard box with a battered little set from a skip or a charity. 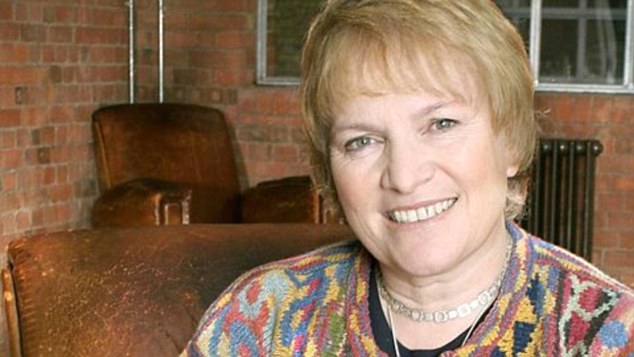 LIBBY PURVES (pictured): Wood or plastic, wind-up or battery, waterproofed for the shower or credit-card thin for commuting, they have stood by us for many years. Now we can hang on to them till death us do part . . .

For almost 100 years, radios have been part of our day-to-day lives. Medium wave and long wave totter on, but eventually will go because nobody’s even making the transmitter parts any longer.

But FM has served us well, and still can. The words of Captain C.A. Lewis, Lord Reith’s BBC deputy, still ring true. Walking home one night in the Twenties, down a street full of twisted aerials, he saw them as ‘spears against the sky’ in the battle against ignorance and loneliness.

The coming of radio was as deep a revolution as Caxton’s printing press. And it has come to us through simple, increasingly cheap appliances. So we love them. And we didn’t want to see them contemptuously silenced.

Wood or plastic, wind-up or battery, waterproofed for the shower or credit-card thin for commuting, they have stood by us for many years. Now we can hang on to them till death us do part . . .