A Liberal MP’s office accidentally trolled Tony Abbott and his former deputy Barnaby Joyce with a group email meme describing the departed prime minister as ‘the weird kid no one likes’.

Mr Joyce took a seat next to next to Mr Abbott in August last year during a division in the House of Representatives.

With Mr Joyce’s reign as deputy PM already coming to an end, a media adviser from Liberal MP Nola Marino’s office accidentally sent out a group email on Monday morning trolling the former Nationals leader, with a meme featuring that news image. 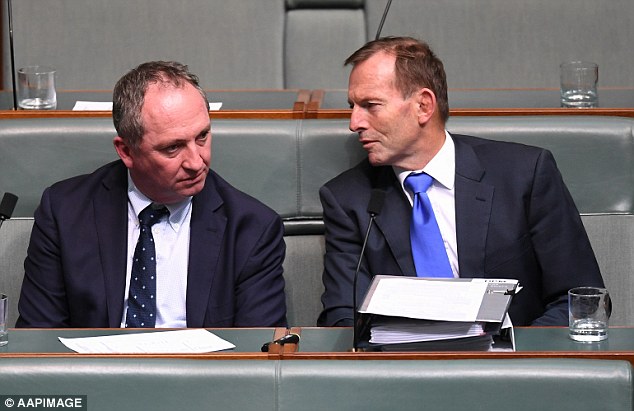 ‘When you get in trouble in class and you get sat next to the weird kid no one likes,’ the group email meme said

‘When you get in trouble in class and you get sat next to the weird kid no one likes,’ it said.

Mrs Marino’s office declined to say who sent out the email, with an office manager saying the MP based at Bunbury, south of Perth, didn’t have a media adviser.

Mr Joyce resigned as deputy PM and Nationals leader on Friday, following a fortnight of saturation media coverage of his affair with his former media adviser Vikki Campion.

His replacement Michael McCormack, who is Veterans Affairs Minister, was elected as the new Nationals leader in Canberra on Monday morning, beating off a challenge from maverick Queensland MP George Christensen. 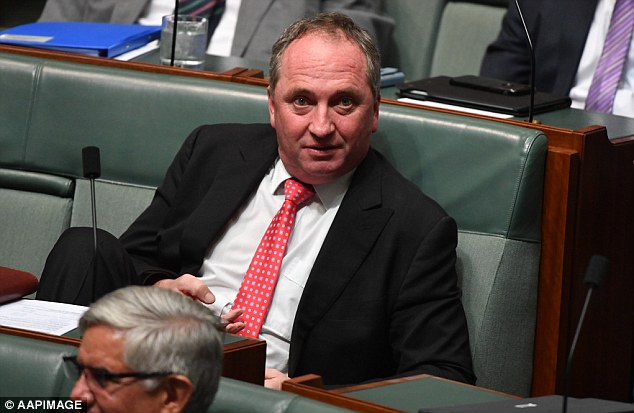 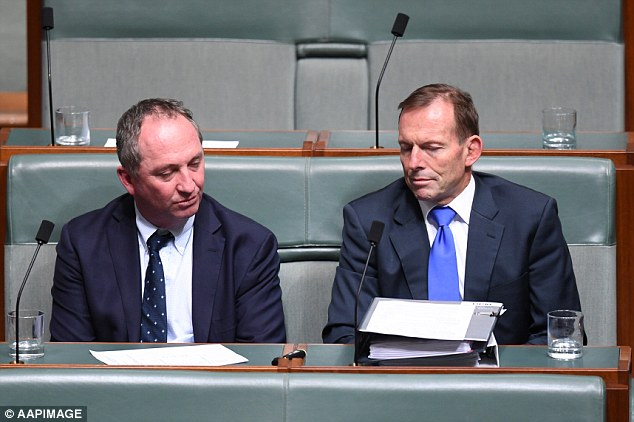 Mr Joyce and Mr Abbott, who once ran the country together, sat together in the House of Representatives during a division in Question Time