The grieving families of four children killed by a drunk driver have slammed calls for the removal of an ‘ugly’ safety barrier installed at the site.

Danny and Leila Abdallah’s three children Antony, 13, Angelina, 12 and Sienna, 8, were mowed down on the footpath by alleged drunk driver Samuel William Davidson in Oatlands in western Sydney on February 1.

Their cousin Veronique Sakr, 11 was also killed in the horror crash.

But NSW Liberal Party state executive member and local resident Matthew Camenzuli is opposed to the safety guard rail outside his house and wants it removed, claiming the community wasn’t consulted.

A guard rail was installed at the site within weeks of the crash that killed four young lives in Bettington Road, Oatlands. Pictured are Danny and Leila Abdallah, who lost three children in the crash

In an email to the council in March, Mr Camenzuli described the guard rail as ‘entirely unnecessary’, unsightly and jarring and believes it will set a dangerous precedent.

Mr Camenzuli stands by his comments, telling The Sunday Telegraph the rail should be removed after a recently approved roundabout is installed later this year.

The council regarded the guard rail as the most appropriate safety measure.

‘Other systems including wire rope safety barriers and RMS urban pedestrian fencing designs were considered as alternatives, however the safest and most suitable barrier system for this location has been specified by council’s traffic and transport experts,’ a March council report states. 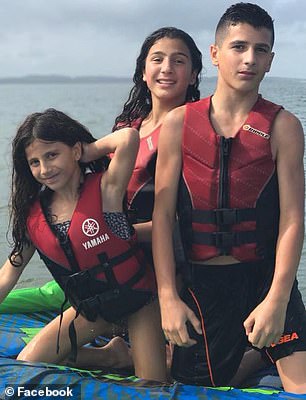 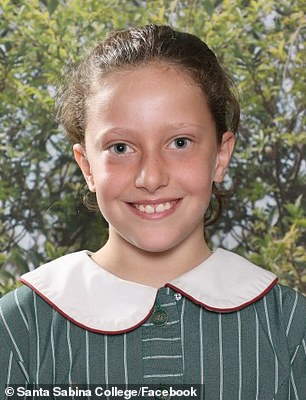 Antony Abdallah, 13, and his sisters Angelina, 12, and Sienna, 8, along with their cousin Veronique Sakr (right) were mowed down by an alleged drunk  driver

The Abdallah and Sakr families expressed their strong disapproval in the removal of the guard rail.

‘We never want anyone to have to endure our suffering, losing children in the way we did,’ the families told the publication in a joint statement.

‘There should be no debate about installing any safety measures that ensure all children remain safe.

‘We will always support any road safety initiative that further protects our community and in particular innocent children.’

Parramatta Councillor Pierre Esber told Daily Mail Australia there are no plans to remove the guard rail, which has twice been endorsed by the council at its February 9 meeting and again on March 9. 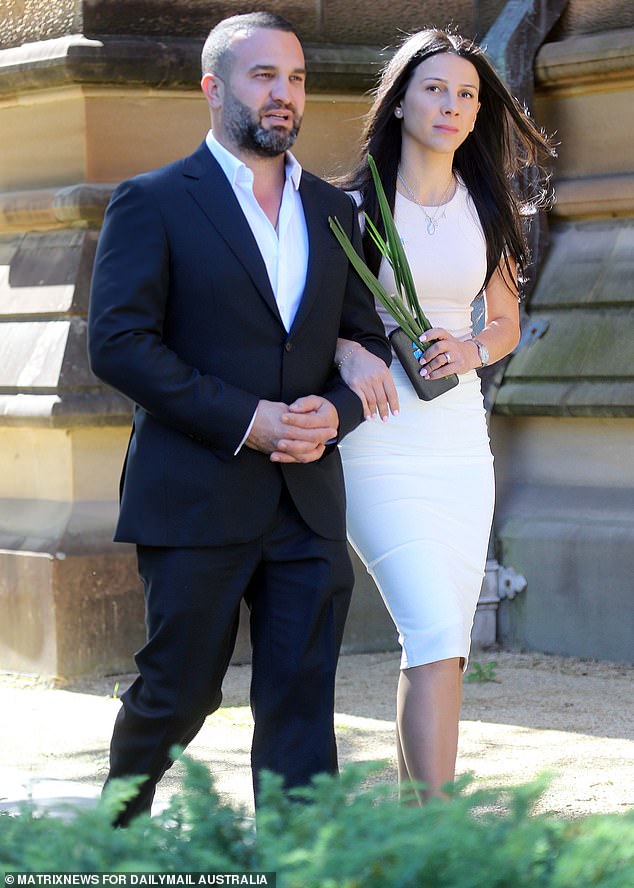 ‘Mr Camenzuli is entitled to his opinion but nothing is going to change- the guard rail will stay,’ Cr Esber said.

‘Aesthetically, it’s not the best looking barrier but it’s practical and does the job.

‘We don’t want another tragedy like this to ever happen again.’

Cr Esber hopes to fast-track plans for the approved roundabout to increase safety in the area.

A memorial to commemorate the four young lives lost has been proposed.

Samuel William Davidson, 29, faces a total of 34 charges, including four counts of manslaughter and also driving under the influence of cocaine, MDMA and alcohol.

He is currently remanded in custody to appear in court June 11.