‘Liberalism’s had its day’, boasts Putin

Vladimir Putin last night boasted that liberalism in Europe and the US had ‘outlived its purpose’.

The Russian president criticised Western views on gay rights, immigration and multiculturalism – which he claimed were an attack on ‘traditional family values’.

In an interview with the Financial Times, Mr Putin said ‘the liberal idea’ was on its way out as the public turned its back on these issues.

The Russian president criticised Western views on gay rights, immigration and multiculturalism – which he claimed were an attack on ‘traditional family values’

And he claimed German chancellor Angela Merkel made a ‘cardinal mistake’ in her 2017 decision to allow a million refugees into the country.

He said: ‘[Liberals] cannot simply dictate anything to anyone just like they have been attempting to do over the recent decades. This liberal idea presupposes that nothing needs to be done.

‘That migrants can kill, plunder and rape with impunity because their rights as migrants have to be protected.’

He added: ‘Every crime must have its punishment. The liberal idea has become obsolete. It has come into conflict with the interests of the overwhelming majority of the population.’

Mr Putin reserved special praise for Donald Trump for trying to stem the flow of migrants and drugs into the US, and said Anglo-Russian relations were beginning to improve ahead of his face-to-face meeting with Theresa May at this weekend’s G20 summit in Osaka, Japan.

Relations have been rocky since the UK pointed the finger at the Kremlin for the attempted assassination of former Russian spy Sergei Skripal and his daughter Yulia in Salisbury in March last year.

Mr Putin said: ‘I think Russia and UK are both interested in fully restoring our relations, at least I hope a few preliminary steps will be made.’

But he declined to condemn the poisoning of the Skripals, saying: ‘Treason is the gravest crime possible.’ He added: ‘I am not saying that the Salisbury incident is the way to do it . . . but traitors must be punished.’ 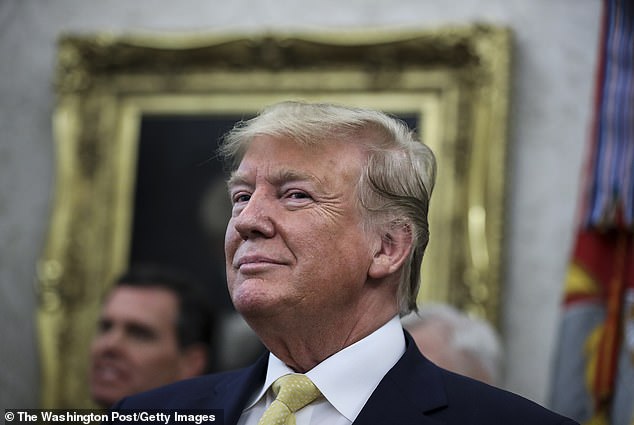 Mr Putin said liberal governments had ignored their people in pursuit of multiculturalism and tolerance of gay people. He said: ‘I am not trying to insult anyone because we have been condemned for our alleged homophobia. But we have no problem with LGBT persons. God forbid, let them live as they wish.

‘But some things do appear excessive to us. They claim now that children can play five or six gender roles. Let everyone be happy, we have no problem with that.

‘But this must not be allowed to overshadow the culture, traditions and traditional family values of millions of people making up the core population.’

Mr Putin said the threat of a new nuclear arms race between Russia and the US was a concern, adding: ‘The Cold War was a bad thing… but there were at least some rules that all participants in international communication more or less adhered to or tried to follow.’

Hand over novichok killers, May to tell Putin

Theresa May will today tell Vladimir Putin to hand over the two agents who carried out the Salisbury chemical attack.

The Prime Minister will demand the men be ‘brought to justice’ when she holds talks with the Russian president on the fringes of the G20 in Osaka, Japan. It will be the first formal meeting between the two leaders in nearly three years – amid signs the Kremlin wants to end its isolation.

Relations were put in the deep freeze following the attempted assassination of Sergei and Yulia Skripal last year with the nerve agent novichok which left one innocent Briton dead.

After the attack, Mrs May led international efforts to expel more than 150 Russian diplomats from 20 countries. Last night she insisted Britain’s position towards Russia ‘has not changed’ and she would make it ‘absolutely clear’ to Mr Putin that the two agents should be handed over. 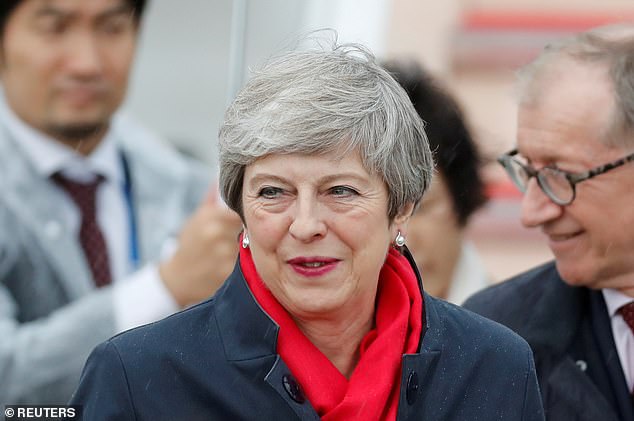 But she opened the door to a ‘different relationship’ between Britain and Russia if Mr Putin changes his ways.

Speaking to reporters on the flight to Osaka, she said she would give Mr Putin a ‘very clear message, leader to leader’.

She added: ‘We have no argument with the Russian people. Our position in relation to Russia, in relation to what happened on the streets of Salisbury, is well known and it has not changed. We are open to a different relationship with Russia but if that is going to happen, Russia needs to stop its activities that undermine international treaties and undermines our collective security.’

Asked about the prospect of extraditing Alexander Petrov and Ruslan Boshirov, who have both been accused of attempted murder over the attacks, she said: ‘We believe we have identified the evidence and identified two individuals, we believe they should be brought to justice.

‘There are European arrest warrants out for these individuals and if they step foot outside Russia, we will be making every effort to ensure they are brought to justice.’

n Mrs May said walking holidays in the Swiss Alps had convinced her of the need to combat climate change.

She and husband Philip had witnessed the Gorner Glacier retreating ‘quickly’ over the past decade and it prompted her to act, she added.

Mrs May is expected to press other leading nations at the G20 summit to match the UK’s cuts to emissions.