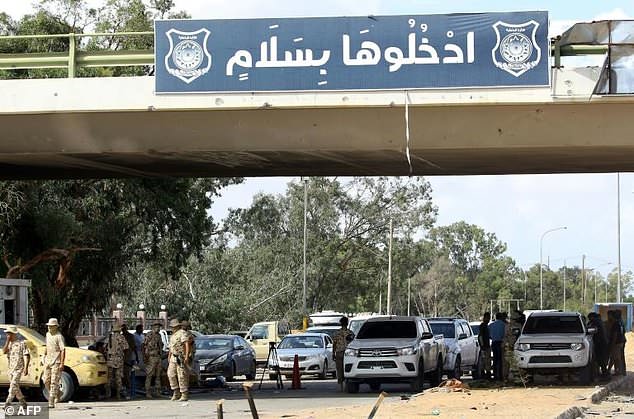 Libyan forces loyal to the Government of National Accord (GNA), Libya’s internationally recognized government, keep watch from a position south of the capital Tripoli on September 25, 2018, after a month of deadly clashes between militia rivals

After a month of militia clashes that left more than 100 people dead, Libya’s UN-backed foreign minister on Friday called for the country’s UN political mission to transform into a “security and stability” support role.

Mohamed Siala, foreign minister of the UN-backed Libyan unity government, did not specify if he had in mind a UN peacekeeping mission.

“Priority must be given to security, to stability,” he told the United Nations General Assembly.

“We call for conversion of UNSMIL, which is a special political mission, into a mission of support for Libya’s security and stability,” he said without providing further detail.

The United Nations Support Mission for Libya (UNSMIL), led by Ghassan Salame, was set up in 2011 to assist the country’s new authorities after the NATO-backed revolution which ousted Libyan dictator Moamer Kadhafi.

UNSMIL has focused on fostering political dialogue to help the North African country’s transition to democracy.

Under a UN-brokered agreement, the unity government was set up in Tripoli but it is not recognized by a rival administration supported by military strongman Khalifa Haftar in Libya’s east.

Tripoli itself has been at the center of a battle for influence between armed groups with shifting allegiances. A month of clashes left more than 100 dead south of the city before the unity government on Wednesday announced a ceasefire deal between rival militias.

Siala welcomed the efforts of UNSMIL which he said enabled the conclusion of the ceasefire.

“We ask concerned parties to respect it. National and international legal bodies will pursue the authors of these tragic attacks,” he said.