Stephan Lichtsteiner says Tuesday night’s explosive start to the Champions League has whetted Arsenal’s appetite to reclaim their status in the competition.

Europe’s premier club cup got off to a brilliant start with a number of dramatic moments that spawned 21 goals from eight games.

Arsenal, however, are playing in the Europa League this season; getting their campaign underway against Ukrainian side Vorskla Poltava on Thursday night.

Stephan Lichtsteiner claims Arsenal must respect all competitions they enter

And Lichtsteiner, who has vast Champions League experience with Juventus, says Tuesday’s action heightened the Gunners’ desire to make it back European football’s top table.

‘I am hungry to get back to the Champions League,’ said the Swiss.

‘But it is a long way and we have two chances – the Europa League and the Premier League. We want to try as I am sure we want to play Champions League next year. 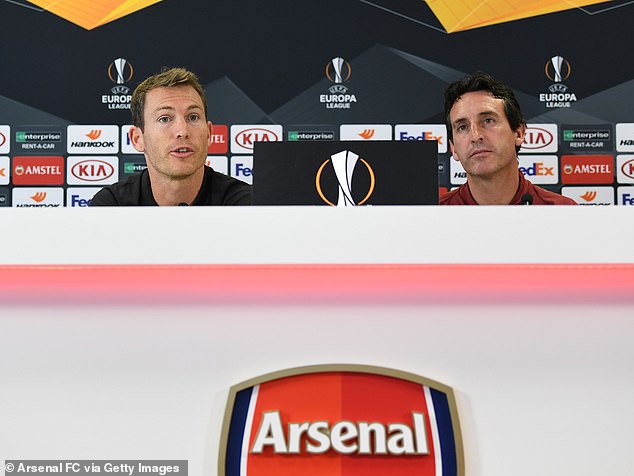 ‘To come back to the glamour games you need to win first the other games. Now we are in the situation that we are playing Europa League and we will try to win that so hopefully next year we can speak about the Champions League.

‘While the Italian Cup wasn’t that important beforehand, we started to play for it with the best team possible. I think in football you have to respect all the trophies. 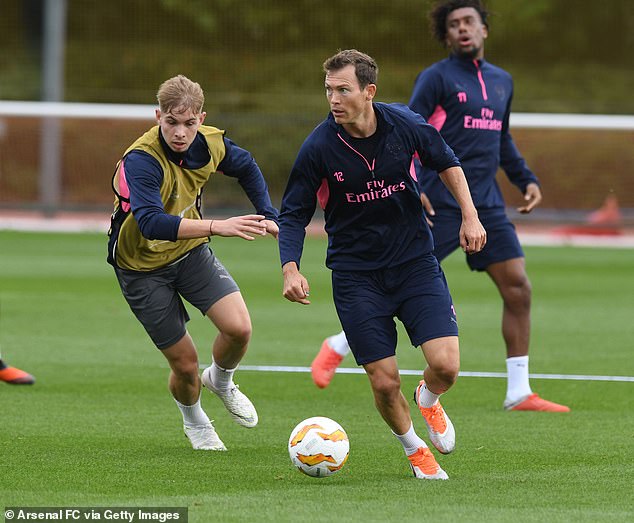 ‘Of course the Champions League is a more glamorous title, but the Europa League is a really good chance for the team, for the club and all the players to win this nice trophy.

‘I think for that we have to respect all teams in all competitions to give all games 100 per cent.’ Meanwhile, manager Unai Emery has confirmed he will make changes from the team that started the win over Newcastle on Sunday.

‘Tomorrow we are going to change things to give players the opportunity to find minutes, to find confidence on the pitch and then maybe tomorrow’s players can play on Sunday too,’ said Emery.