Footage has emerged of the moment a woman was allegedly attacked by a man while on an evening jog.

The woman was running along Railway Parade in Lidcombe, western Sydney, at 6.50pm on December 29.

She was then allegedly set upon by a man in a black T-shirt – before he fled the scene, prompting police to launch a desperate manhunt.

Police released CCTV footage on Friday as they pleaded for anyone who recognised the man to come forward.

The woman is seen running in the footage before she is allegedly grabbed from behind by the man.

He allegedly pulls the woman to the ground before she tries to fight him off.

The man runs off as the woman jumps back to her feet.

The man is aged between 20 to 25, 170cm tall and has a thin build with black shoulder length hair.

He is described as being of Asian appearance and was wearing a dark coloured t-shirt, track pants with white stripes and white shoes at the time. 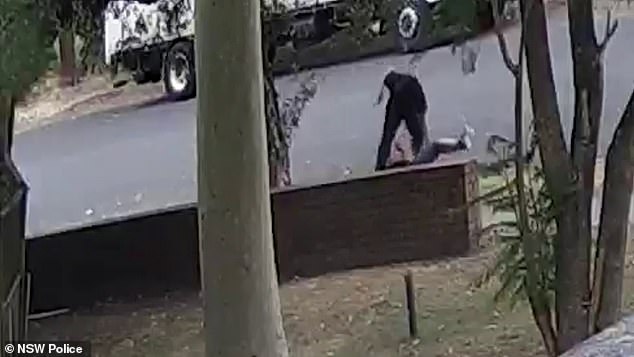 The woman had been running along Railway Parade in Lidcombe, western Sydney , at 6.50pm on December 29