Life in lockdown on Corona Road: Their aptly named street is a snapshot of all our experiences

The name, inevitably, causes sniggers. But the joke is wearing thin on residents of Corona Road, in the London borough of Lewisham, as they face the Covid-19 challenge along with everyone else in less topically named streets.

The road was so-named because the land used to be owned by the Crown but today’s residents represent a cross-section of modern society, and their experiences are a snapshot of life in lockdown…

‘Every day has been a challenge,’ she says. ‘I wake at 3am, unable to sleep. Am I doing the right thing? I’m helping others but leaving my asthmatic teenage boys at home and running the risk of passing something on to them.’

Mother of two Viviane De Melo, 37, says ‘every day has been a challenge’ as she works providing home-based care for the elderly during lockdown

Originally from Brazil, the 37-year-old, above, has been following a meticulous safety routine, putting work clothes straight into the wash and showering after every shift before mixing with family. ‘I feel a duty to the old people,’ she says.

‘They say to me, “Please keep coming. Don’t leave us alone”. Coronavirus has been mentally challenging for everyone.’

Grandmother Janet Burchett has lived in Corona Road for 50 years, and hasn’t left it once since going into self-isolation on March 23.

Her daughters leave shopping on her doorstep but she insists she’s not lonely.

The 78-year-old, a widow since 2005, says: ‘The NHS clap on Thursdays was always amazing. We went mad, clapping, banging saucepans, hooters. The whole road was out. Someone set off fireworks.’

To the disbelief of her grandchildren, Janet has no computer or wi-fi, but stays in touch through a mobile phone. 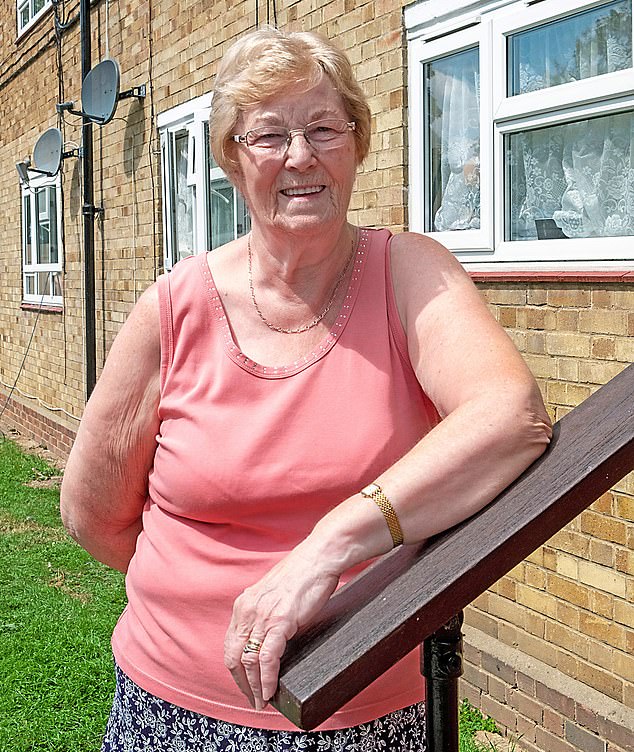 Grandmother Janet Burchett has lived in Corona Road for 50 years, and hasn’t left it once since going into self-isolation on March 23 – but insists that she is not lonely

And the former chef scoffs at the notion of being worried about catching the virus.

‘We’ve been careful about things,’ she insists.

Belfast-born James Moore, 67, was furloughed until recently – and says he was ‘bored to death’ stuck indoors on his own and unable to see his son in Tottenham, North London.

A pillar of the community, James, above, has been his estate’s caretaker for the past 22 years, and says with pride: ‘Everybody here knows me. Our community has pulled together and we’re generally a good bunch.’

But he’s unhappy about an increase in local fly-tipping. 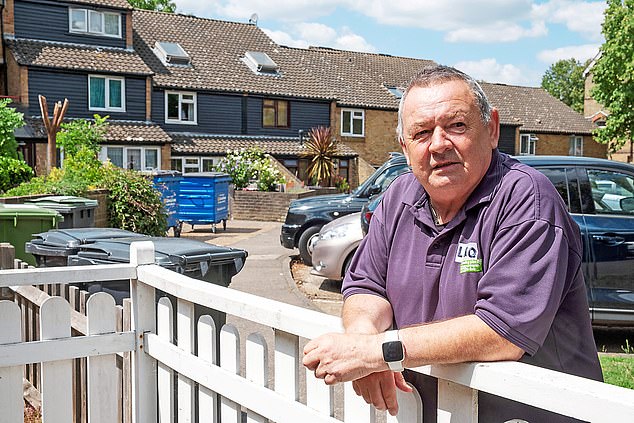 Caretaker James Moore, 67, says he was ‘bored to death’ stuck indoors on his own and unable to see his son in Tottenham, North London

‘People think there’s no one keeping an eye on it so they can just do what they want. But now I’m back at work to make sure the place is tidy.’

High school student Hamdalat Hassan, 18, is desperate to get back to the classroom.

‘It’s not the same on Zoom in your bedroom,’ she complains.

‘It’s just been very boring. I’ve been doing exercise, reading and trying to learn new things. It’s weird having school online but our teachers want the best for us – not to see us just watching TV, doing nothing.’ 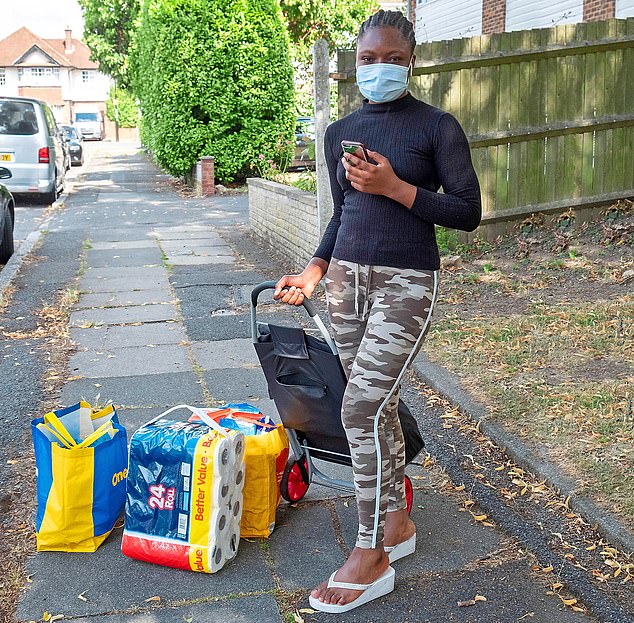 High school student Hamdalat Hassan, 18, is desperate to get back into the classroom and has taken inspiration during the pandemic, having decided she wants to be a nurse

Unlike many youngsters who are worried about starting their careers in an unstable job market, Hamdalat, left, has taken inspiration from the pandemic.

‘I want to care for people who are in a bad way. That’s what this whole thing has made me realise.’

Her treatment was put on hold and she has shielded alone for months in her terrace house with no garden.

‘I keep crying,’ she says. ‘I don’t think I’m going to be able to cope stuck inside for much longer.’ 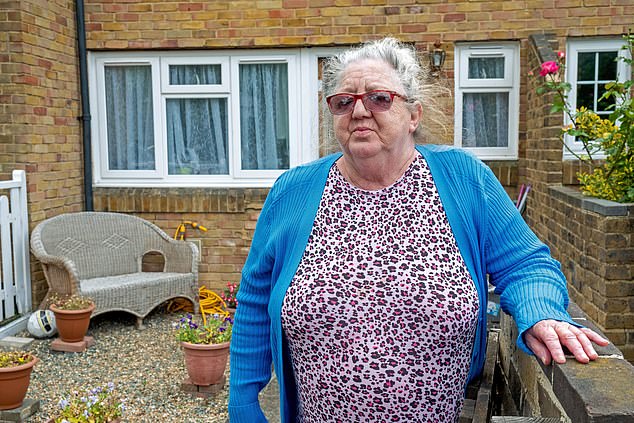 Linda Jeffrey, 72, has kidney cancer and her treatment was put on hold during lockdown. She has been shielding alone in her house, with no garden, for months

She saw one of her sons recently for the first time in five months – but they didn’t hug.

Her brother died in April, but Linda couldn’t even attend his funeral. ‘It was terrible. I feel like I’ve lost something inside of me.’

Throughout lockdown, Wendy Squire, 65, has been working 39 hours a week in the local Co-op.

Wendy says: ‘Our aisles aren’t wide enough for two people to pass, so at first we had to guard the doors and only let in a certain amount of people.

‘Also, we can’t enforce the face mask rule so I don’t know how the new law is going to work.’ 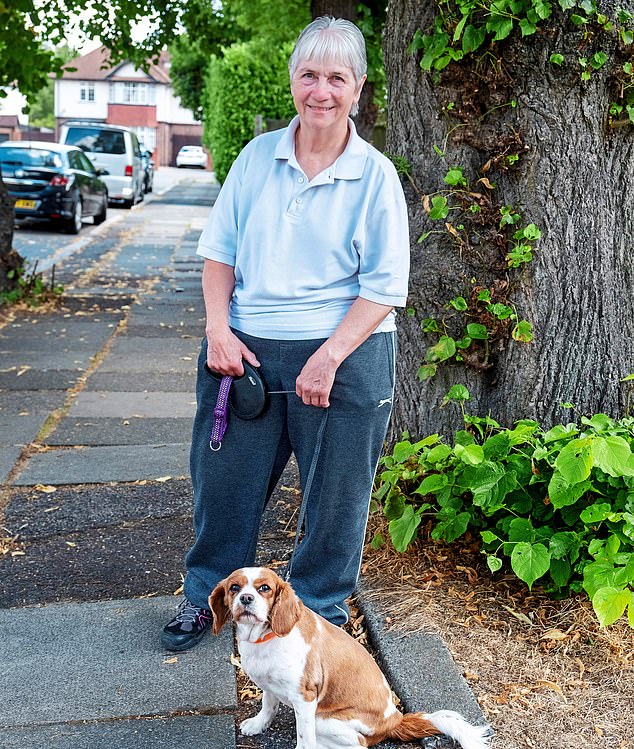 Throughout lockdown, Wendy Squire, 65, has been working 39 hours a week in the local Co-op