Life on Mars is NOT out of this world!

Of all the recent announcements made by Elon Musk, the increasingly erratic billionaire founder of the Tesla car company, the news that he is seriously considering moving to Mars is surely the most bizarre.

Stating in an interview he gave on U.S. TV on Sunday that the chance of him doing so was as high as ’70 per cent’, Musk said that the move might well be permanent.

‘Your probability of dying on Mars is much higher than on Earth,’ he said.

‘It’s gonna be hard. There’s a good chance of death, going in a little can through deep space.’

He also claimed that life on the Red Planet would be no picnic, and that he would have to spend most of his time building a base.

The idea of living on Mars sends a literal chill down my spine, says Guy Walters. Pictured, a still from Mars, a show on the National Geographic channel

‘And even after doing all this, it’s a very harsh environment,’ he said. ‘So there’s a good chance you die there.

‘We think you can come back but we’re not sure. Does that sound like an escape hatch for rich people?’

It most certainly does not, but if Mr Musk does up sticks and moves to Mars, I’ll eat my space helmet.

I know all too well what a dreadful place it is, since — as I will explain — I popped over there towards the end of last year and didn’t much like what I saw.

In fact, the idea of living on Mars sends a literal chill down my spine, as the average temperature is minus 62c, about six times colder than Siberia in January.

It can get a lot colder — minus 126c — though on the planet’s equator, he might occasionally enjoy the equivalent of a pleasant spring day, because Mars boasts a maximum temperature during its summers of nearly 20c. Mr Musk had better pack his woollies. That’s assuming he even survives the 260-day journey.

At about 8pm last night that journey was successfully completed by Nasa’s latest robotic probe — the $1 billion InSight Lander, designed to explore the internal structure of the planet. 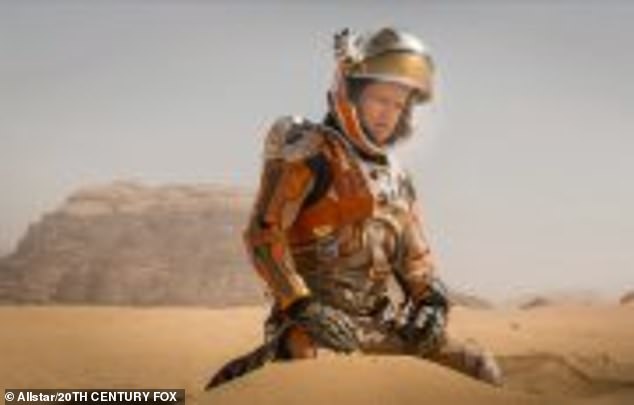 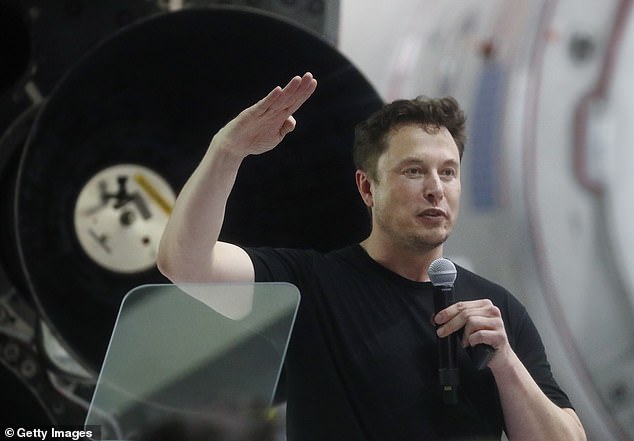 Elon Musk, the increasingly erratic billionaire founder of the Tesla car company, says he is seriously considering moving to Mars is surely the most bizarre

At this stage I should come clean and reveal that I didn’t actually go to Mars last year.

Instead of going to the bother of travelling some 34 million miles —the distance at which the planet is closest to our own — I journeyed a somewhat less epic 4,200 miles to Huntsville in Alabama, where I spent a few days at Space Camp at the United States Space and Rocket Center.

I learned a little of what it would be like not only to travel to Mars, but also to live there.

Anyone who has seen the film The Martian (it’s on Film4 tonight at 9pm) — starring Matt Damon as an astronaut accidentally left behind on the planet by his crewmates in a storm — will have a sense of the brutal hostility of the Red Planet. Damon plays out a compelling struggle for survival, growing food in human waste and trying to contact Earth.

His Hollywood-scripted survival is ultimately uplifting, but not very likely.

As well as the cold, the atmosphere on Mars is not ideal for humanity. As it consists of 96 per cent carbon dioxide, you would suffocate to death pretty fast if you removed your space helmet.

The best you could hope for would be a swift death — the Martian atmosphere’s extremely low pressure would mean the air in your lungs would be sucked out of you. 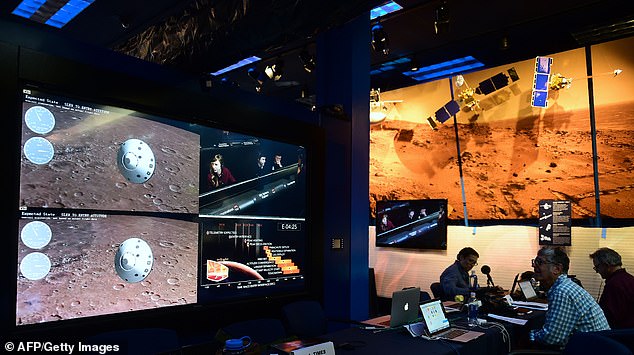 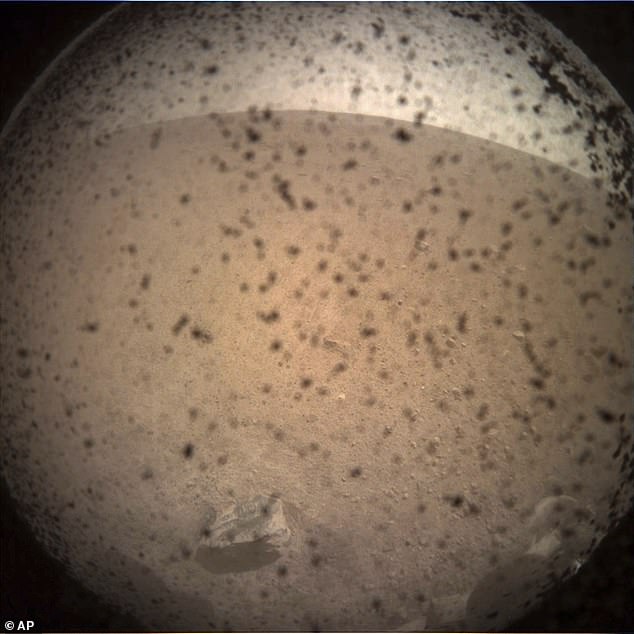 Then, the gasses in your blood would start to bubble, an extreme form of what divers call ‘the bends’. Worse still, because of the low pressure, the boiling point of liquid is much lower than it is on Earth — and your saliva and tear ducts would boil.

However, if Mr Musk is sensible and keeps his spacesuit on, there is much to enjoy about gallivanting around Mars.

With the gravity about 38 percent of Earth’s — the gravity of the Moon is 17 percent — it’s possible to make reasonably giant leaps for mankind.

I was fortunate enough to try walking around Mars at Space Camp, by being attached to a harness and a counterweight to simulate the lack of gravitational pull.

Enormous fun for someone who was always terrible at the high jump. With little effort, I was able to leap up to the equivalent of a first-floor window, and felt I could almost fly. It was impossible not to sport a silly grin.

But while I was jumping around in my bulky space suit, I was expected to complete a series of rudimentary manual tasks while manoeuvring up and down a 40ft wall. Though I’m relatively fit, I soon found the effort of keeping ‘afloat’ and moving things around while wearing a cumbersome outfit pretty tiring.

If he really wants to be a Martian, Mr Musk will need to spend time in the gym. 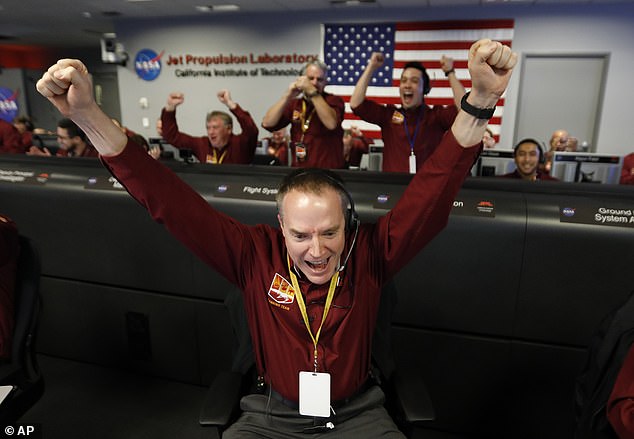 Once he has mastered getting around, he will be rewarded with some magnificent natural sights.

He could take a trip to the solar system’s tallest volcano — Olympus Mons — a staggering 16 miles high. Or negotiate the fabulous Valles Marineris, a network of valleys about the same distance as London to Israel — some 3,000 miles.

Of course, what space tourists will always be aware of is the Martian sky — almost permanently orange, owing to the high dust content in the atmosphere.

Then there would the arresting sight of Mars’s moons, which have wonderfully evocative names — Deimos and Phobos.

With its truly dismal atmosphere, the only way to endure the planet is to stay indoors, which, in itself would be a huge challenge, for the simple reason is that there is no ‘indoors’ on Mars. Because of radiation and violent dust storms, an entire base would have to be built underground, with the sections prefabricated on, and brought from, Earth — like building a flat-pack house from Ikea.

So Elon Musk is absolutely right when he says his days would be spent building his home. 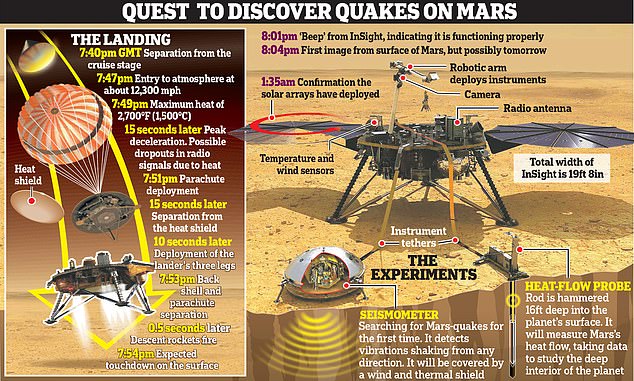 Even if he and his fellow Muskonauts — as he’d probably insist on calling them — managed to put it all together, they would need to make their habitat sustainable.

The challenges of achieving this are shown in the latest season of the drama Mars, being shown on the National Geographic channel (pictured).

Hydroponic gardens — in which plants are cultivated without soil — would need to be built to grow food, and those plants would also provide essential oxygen.

Forget growing things in Martian soil — it is impossibly toxic. Natural light would also have to be mimicked, to maintain humans’ natural biological ‘clocks’, or circadian rhythms.

Then there is the problem of living with fellow humans in a confined space for years at a time — if not until the end of your life.

Irritability is a real problem, and it is for this reason all those who visited Mars would have to undergo extensive psychological profiling. 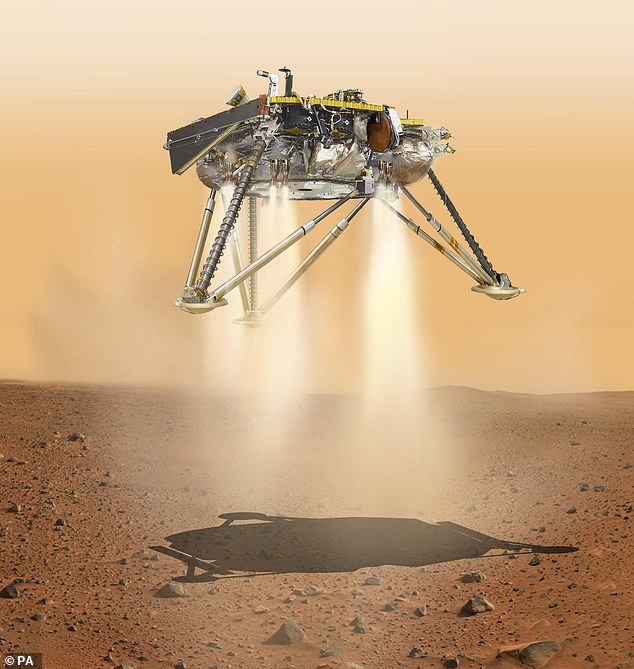 News from home might make life easier, but you can forget video message conversations with the wife and kids. Even when Mars is closest to Earth, messages will take four minutes to send and receive via a radio signal, though when Mars is at its furthest — nearly 250 million miles — it stretches to 48 minutes.

One big problem remains: where will the colonists obtain their water? Fortunately it looks like there are ice deposits buried not too deeply beneath the Martian surface, and it’s possible they could be mined.

Of course, mining requires energy, which is likely to be produced by solar power.

So it’s clear sustaining life on Mars is a very fragile business. If just one link in the chain breaks, the result could be catastrophic.

The men and women who could live there will need to be calm, rational and scientific, and not prone to impulsiveness.

So the capricious Elon Musk may well have the vision to get to Mars, but whether he could thrive there is a different matter entirely.

Mars continues Sundays at 8pm on the National Geographic channel.