Generous strangers have raised more than $250,000 to cover a critically ill woman’s flight home to New Zealand after her insurance refused to cover the bill.

Mother-of-two Abby Hartley was on a well-deserved getaway to Indonesia when she started to experience severe pain shortly after arriving on August 1.

She was rushed to the nearest hospital, where she was placed into an induced coma before being quickly transferred to the ICU at BIMC hospital Nusa Dua to be treated for the twisted bowel.

A Givealittle page was launched on August 9 to raise money for the pricey hospital expenses and $137,000 bill to bring her home.

New Zealand mum, Abby Hartley (pictured, centre), has been in hospital in Bali since August 1 after suffering severe pain from twisted bowel

The family said they would cover the additional amount.

‘There has been a lot of confusion around the funding and how much we are raising,’ the Givealittle page said.

‘As mum has been in hospital since the 1st of August our hospital bills have stacked up hugely due to the treatment mum has required- we are looking at roughly $100,000 by the time we can get her out and home.

In an earlier post on the fundraising page, daughter Sophie said her mother had become resistant to the antibiotics in Bali and needed to be flown home. The family launched a Givealittle page was on August 9 to raise money for the pricey hospital expenses and $137,000 bill to bring Ms Hartley (pictured, left) home 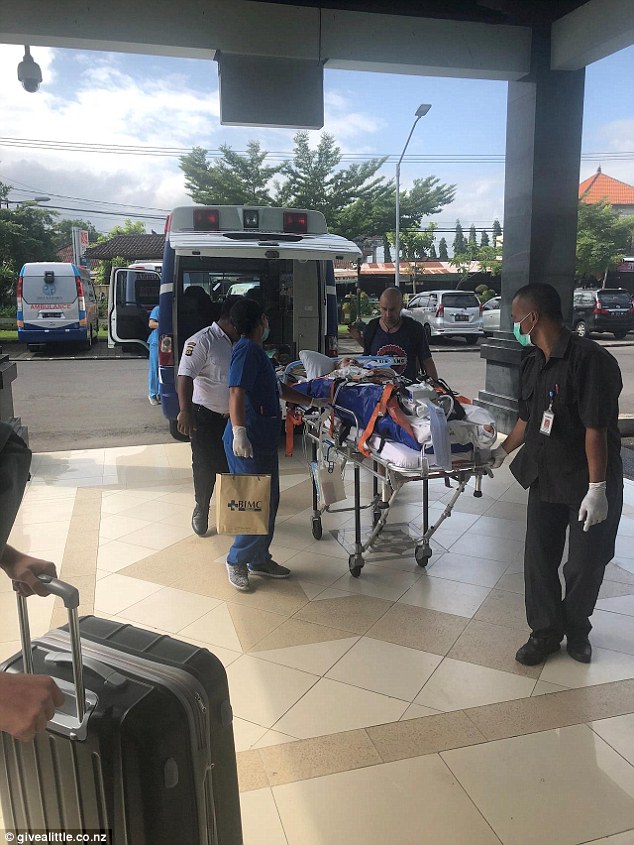 Donations on the fundraising page were cut on Thursday after $237,000 raised. The family said they would pay additional costs to reach total of $268,000

She said her mother’s condition was too unstable to fly on a commercial plane and would need a specialised aircraft to get to New Zealand.

The family was forced to launch the desperate plea to raise money after Mrs Hartley’s insurance company refused to cover her medical costs because of a pre-existing condition.

Mrs Hartley was forced to undergo emergency surgery to remove her bowel a day after arriving in hospital.

Despite spending 48 hours in recovery, Mrs Hartley quickly took a turn for the worse and developed acute respiratory distress syndrome where she was only taking in 70 per cent oxygen. 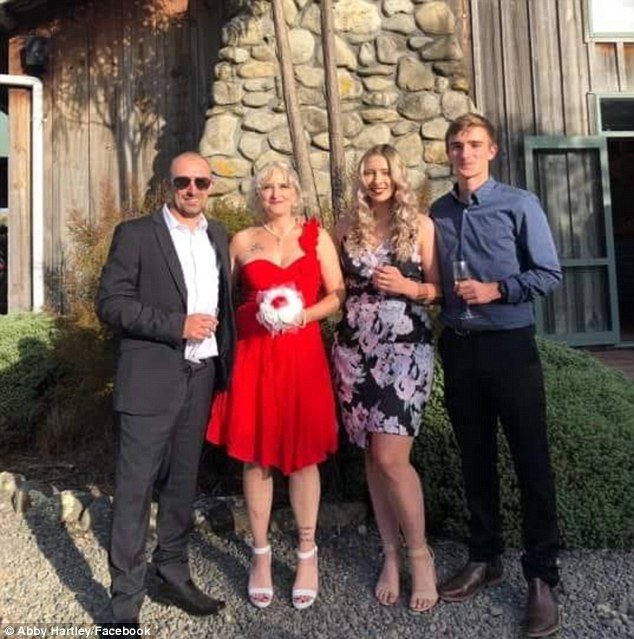 The family of Mrs Hartley (pictured, centre-left) was forced to raise money after their insurance company refused to pay their mother’s hefty medical bills

‘The doctors made the call to put her into an induced coma and keep her on an oxygen machine to avoid any further deprivation of oxygen to her brain,’ Mrs Hartley’s daughter Sarah said.

‘Dad told us kids to get on the first plane over from NZ as things weren’t looking too good and mum needed all the support she could get.’

She was moved to a public hospital on the island on August 12 as doctors told the family her treatment would be cheaper.

‘Our mum is fighting for her life in ICU in a hospital in Bali and unfortunately insurance company is refusing to cover any medical costs,’ the campaign reads.

The Givealittle page will remain open to notify those following Mrs Hartley’s journey. 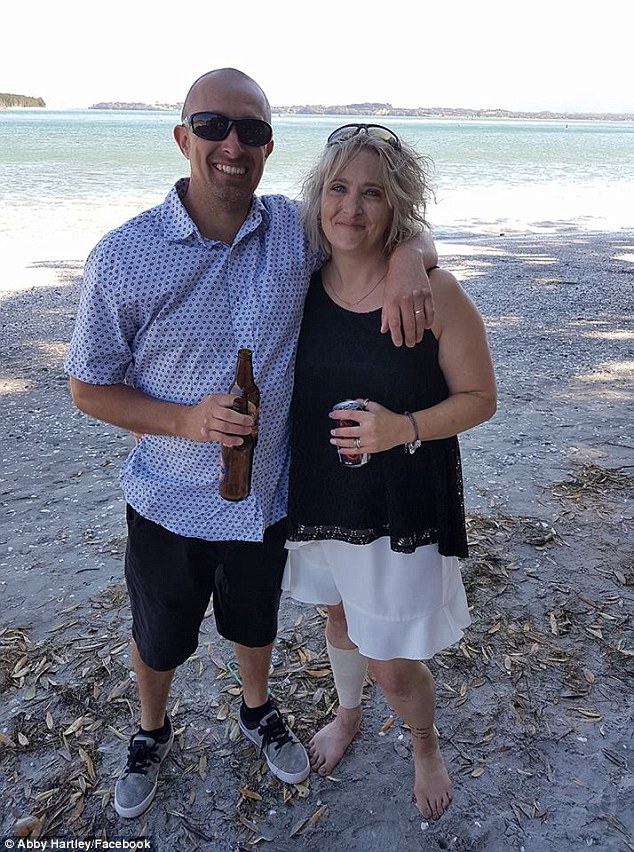 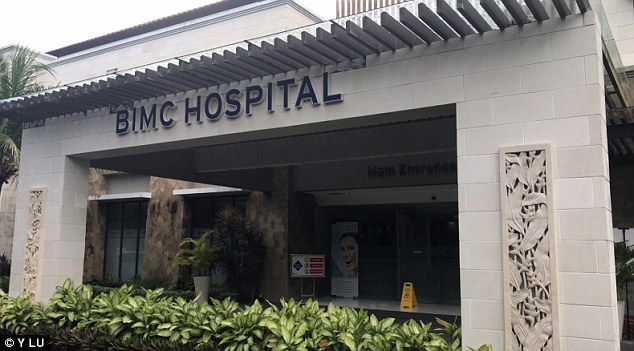