By Lauren Ferri and Jackson Barron For Daily Mail Australia

The moment a light plane crashed into the ocean has been caught on camera.

The aircraft fell into the water around 100m out to sea from the township of Happy Valley off Fraser Island in Queensland at 1.30pm on Wednesday.

A spokesperson from the Australian Maritime Safety Authority said a stress beacon was released from the aircraft before it hit the water.

Video footage obtained by Queensland Police shows the aircraft flying over the water.

The plane then slowly descends over the beach before it hits the water.

Both the pilot and a passenger miraculously managed to get themselves out of the aircraft and swim to shore.

Witnesses on the scene reported that both men were seen swimming next to the plane in the water before making it to shore. 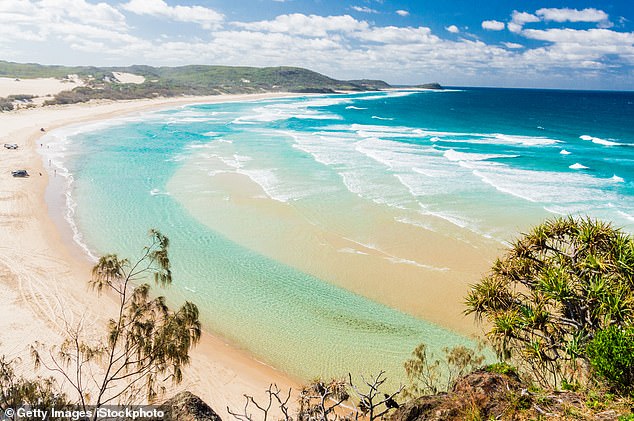 The plane occupants were assisted from the water by other swimmers, before paramedics met them on the beach.

Bystanders in the video can be heard saying: ‘I hope there’s nobody else on that plane, and if there is, they’re dead.’

A Queensland police spokesperson told Daily Mail Australia the aircraft was a training plane, and no serious injuries were reported. 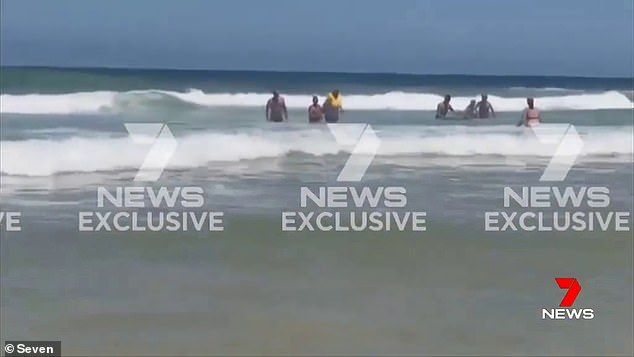 Two men have swam to shore (pictured) from the plane wreck, and are being treated by paramedics on the scene