A massive fire completely burnt part of a Texas condominium complex to the ground on Saturday morning.

Around 7:30am, fire alarms went off at Gulf Point Condominiums as Building ‘B’ quickly became engulfed in a horrific fire on South Padre Island.

The fire began on the east side of the building before spreading towards the center, NBC News reports.

Firefighters from South Padre Island and three nearby cities rushed to the scene, but substantial damage was already underway. 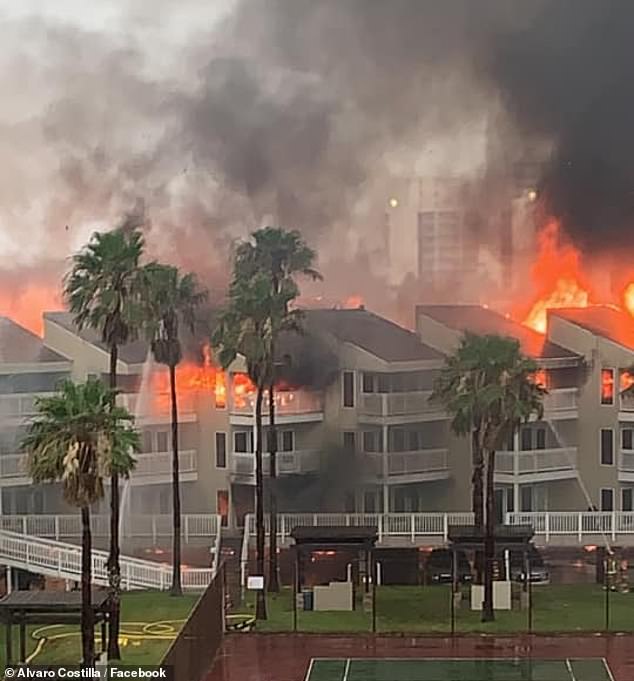 Authorities are still investigating the cause of the fire, but the National Weather Service suggested it might have been a lightning strike

Photos from the scene show firefighters attempting to quell the flames with hoses from the parking lot, but building B was essentially leveled.

Several witnesses captured the inferno on camera and shared the tragic footage on Facebook Live.

Massive flames can be seen ravaging the building as dark smoke billows into the air.

‘Its a terrible morning on South Padre Island, Texas,’ said Ben Hill, who recorded the blazes.

Firefighters reportedly tried contain the fire by spraying water from a parking garage. 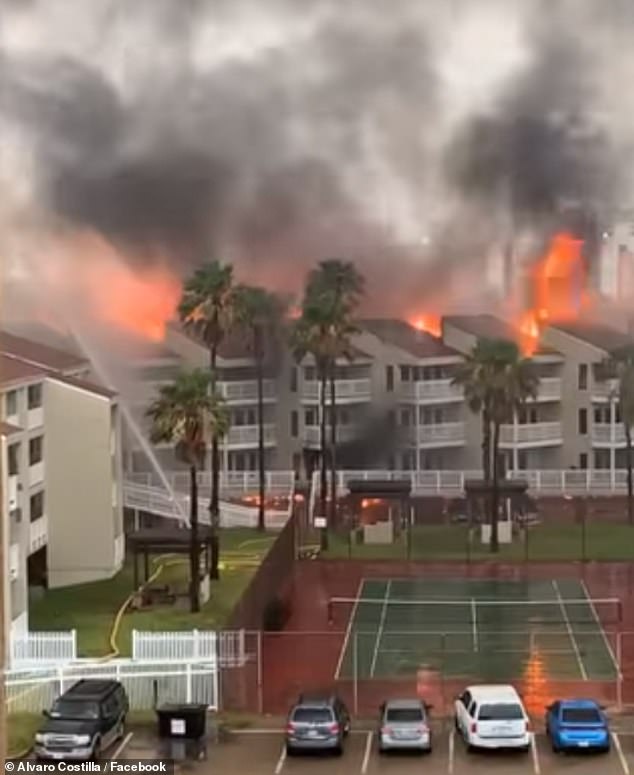 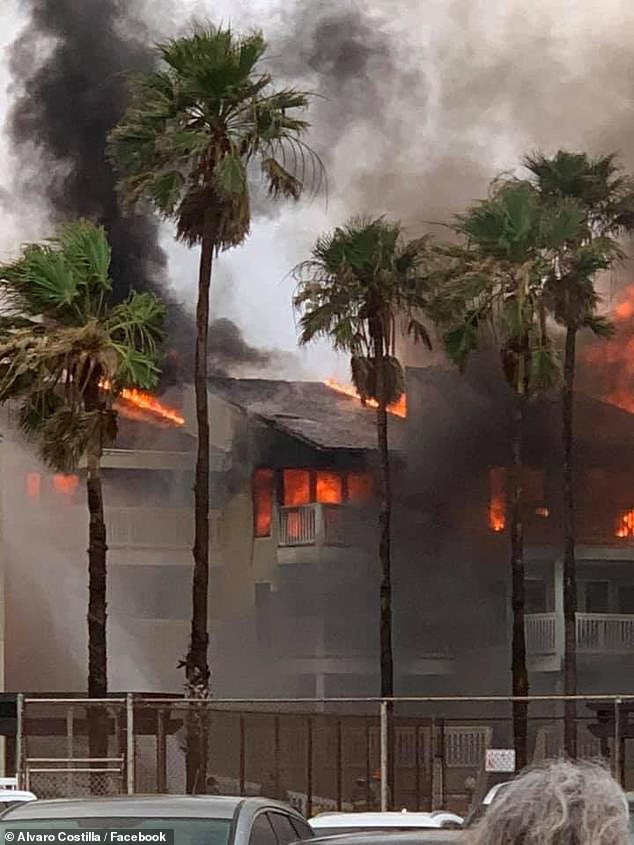 The fire started the east side of Building ‘B’, but spread towards the center as the inferno continued 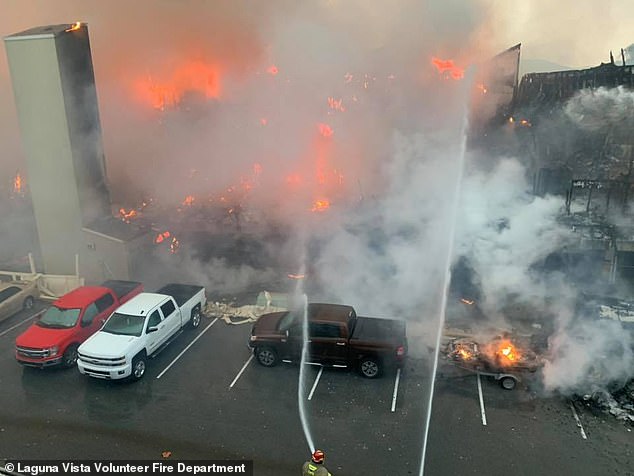 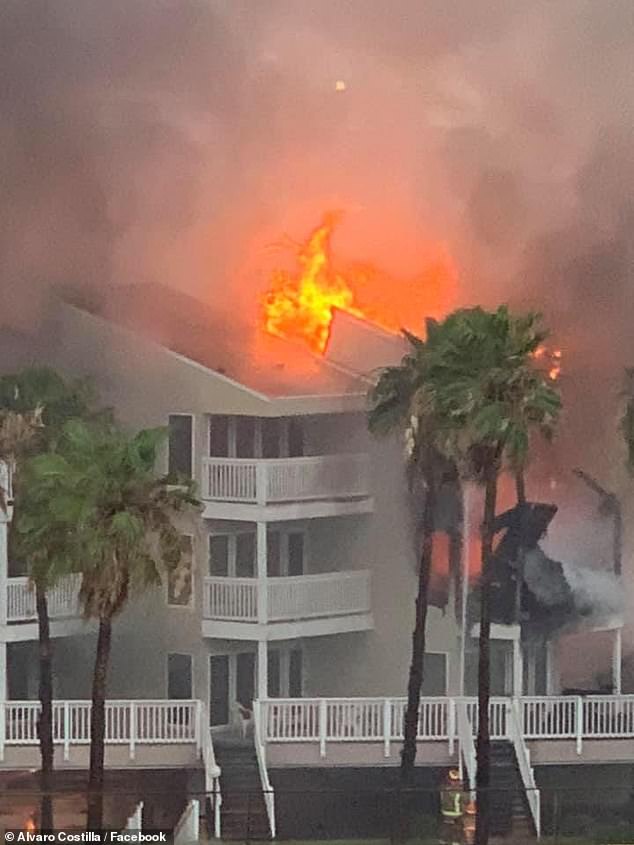 Carlos Chacón, the property manager at Gulf Point Condominiums, said the complex was built in 1977

‘A piece of is island history is lost,’ Mayor Patrick McNulty said during a new conference.

Authorities are still investigating the cause of the fire, but the National Weather Service suggested it was caused by a lightning strike. Storms were in the area around that time.

Officials said residents were evacuated from the complex and no one was injured.

Carlos Chacón, the property manager at Gulf Point Condominiums, told KRGV that the complex was built in 1977.

He estimates that damage will cost $7million.

The fire was eventually contained at 2pm, but those who watched the incident unfold are still shocked. 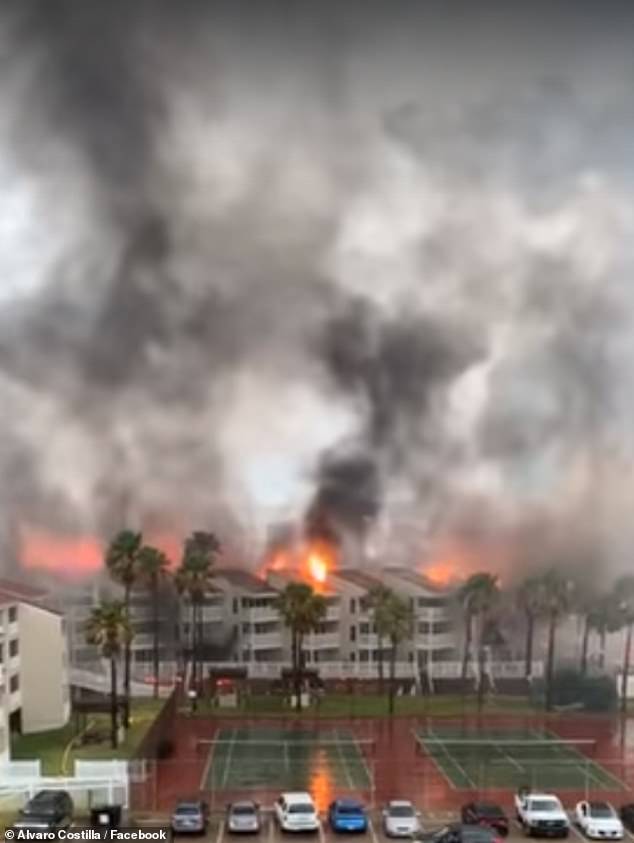 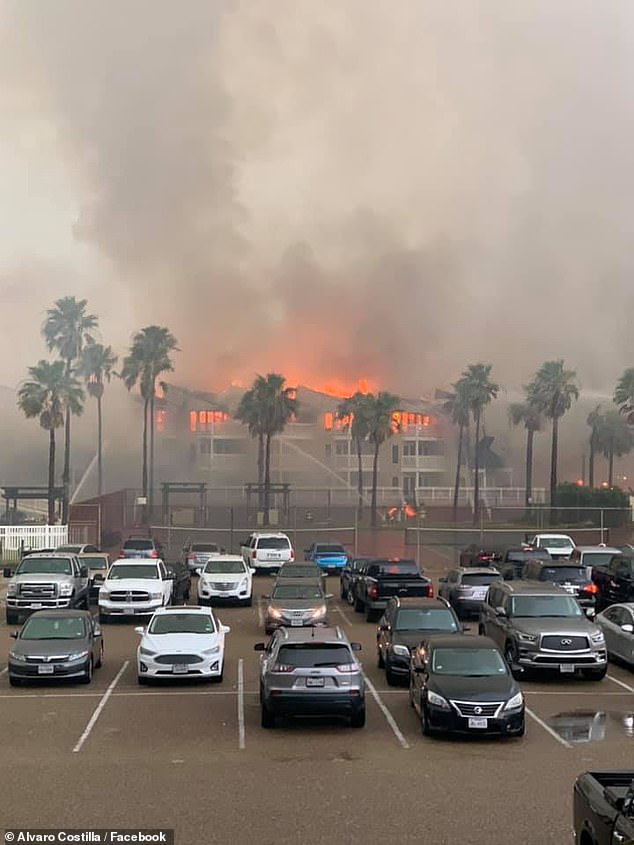 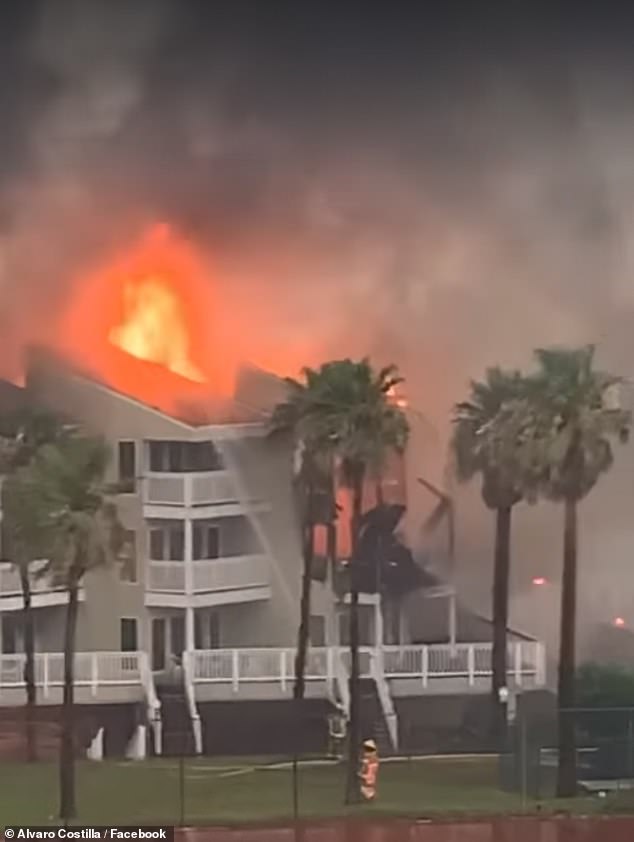 Several cars were also reportedly damaged in the fie, according to witnesses

Roy Garcia, 55, is visiting South Padre Island with his family and is staying at the nearby  Sapphire Condominiums when the fire broke out.

‘There’s several cars that were damaged. Some completely burned by the fire,’ he said.

‘For a minute I thought maybe there was some sort of a tornado or something just because it was a huge cloud of smoke,,’ said Crisp.

‘I saw the entire building going up in flames,’ she added.