You could be forgiven for thinking that Lyon were still in crisis given the scenes at Groupama Stadium on Tuesday night.

At the end of their Champions League clash with RB Leipzig, which they drew 2-2 to secure a place in the last-16, a fan climbed the advertising hoardings holding a banner.

On it was a cartoon donkey and a simple message to one of the club’s central defenders: ‘Marcelo, leave the club’.

A Lyon supporter holds a banner with a donkey on it and the words: ‘Marcelo, leave the club’

The veteran Brazilian was pictured giving the middle finger to the supporter in question before being dragged away by his team-mates, while Memphis Depay chased the offender down and attempted to wrestle the banner away from him.

Had something like this occurred at the start of October, when Lyon were struggling and then manager Sylvinho was on the brink, it would have made more sense.

But since Rudi Garcia took the reins two months ago, things have generally been getting better, slowly but surely.

The club have moved away from the relegation zone and up to seventh in the Ligue 1 table, just three points away from the third and final Champions League spot. 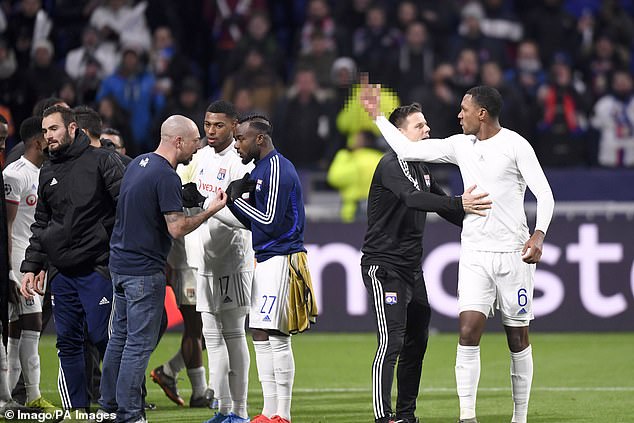 The style of football has improved too, after fans took issue with Sylvinho’s tactics, rotation policy and the negative way he would set his side up.

There is still room for improvement, of course, but Tuesday night felt like an odd time for the fans, albeit a very small group, to turn on one of their own.

The controversial banner relates to a perceived poor run of poor form from Marcelo, who joined the club for £6.5million 2017 and has gone on to make 108 appearances.

Thirteen of those have come this season, but he is not exactly first choice under Garcia. In fact, he started Tuesday’s game with Leipzig on the bench, and only came on with three minutes of normal time remaining.

Reports in France suggest the former Besiktas man will be fined for swearing, while the fan who displayed the banner will receive a stadium ban due to its inflammatory nature. 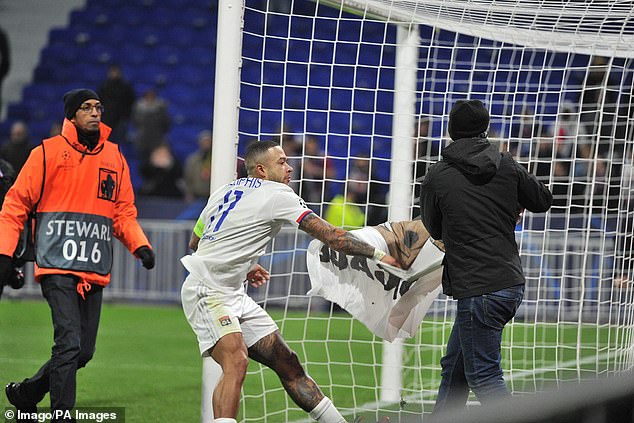 But whatever punishments are dished out to the culprit and the player, now is not the time for more cracks to appear at Lyon.

They have won half of their 12 games since Garcia took charge, losing four and drawing the other two, and there has been a more positive air around the club.

They are into the knockout stages of the Champions League and should they beat Rennes at home on Sunday afternoon, they could be as high as third in Ligue 1, behind only PSG and Marseille. 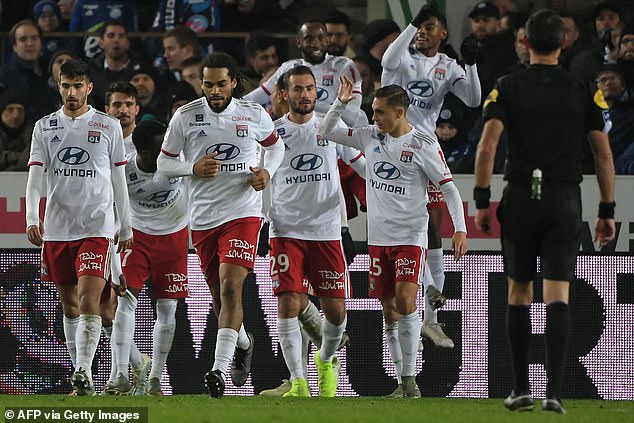 The visit of fourth-placed Rennes, who at this stage appear to be a rival for a European spot, presents Garcia’s men with both a test and an opportunity.

The in-form Red and Blacks go into the game on the back of three straight league wins, knowing a fourth would further enhance their chances of swapping the Europa League for games against the continent’s biggest clubs next term.

But for Lyon, forgetting about ‘Donkeygate’ by beating a high-flying opponent, with the players and fans all pulling in the same direction, may be even more important. 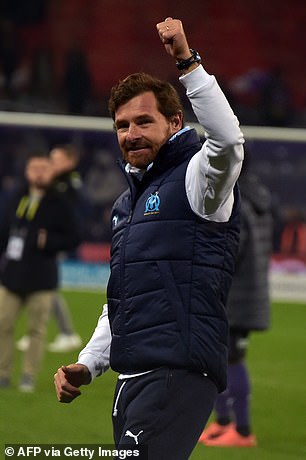 Lille are again in action on a Friday night as Ligue 1’s third-placed team welcome mid-table Montpellier to the Stade Pierre Mauroy. After winning their last three games 1-0, another victory for Christophe Galtier’s men could leave them within three points of Marseille.

On Saturday, Andre Villas-Boas’ in-form side travel to Metz looking to win their seventh straight Ligue 1 game and kick-start a serious title race with PSG.

Their incredible unbeaten run began after a 4-0 thrashing against the champions, but the former Chelsea and Tottenham boss has now got Dimitri Payet and Co firing on all cylinders.

In the evening, struggling Toulouse look to end a run of seven straight defeats at home to ninth-placed Reims, while rock bottom Nimes host Nantes and billionaire-backed Nice try to find some consistency away at Brest.

Out-of-form Angers, who have lost their last three, try to get back on track at home to Monaco, and Amiens and Dijon, who are dangerously close to the relegation zone on 16 points, meet at Stade de la Licorne.

The early game on Sunday sees fifth-placed Bordeaux take on 15th-placed Strasbourg at 2pm, before Lyon host Rennes at 4pm.

The weekend’s action is nicely rounded-off by PSG, as they travel south to take on Saint-Etienne, whose unbeaten streak under Claude Puel is well and truly over.