Rapper Lil Pump has been arrested in Miami.

According to TMZ, the 18-year-old was pulled over by police officers while driving a black Rolls-Royce.

The luxury vehicle’s license plate belonged to a Mini Cooper, the police report stated as the reason for the traffic stop, TMZ reported.

Lil Pump, pictured at the MTV VMAs August 20, was arrested Wednesday in Miami after being pulled over by police while driving a black Rolls Royce, TMZ reported

The reports goes on to state that when he was asked for his driving license, Lil Pump allegedly said he has never had one.

Photos taken at the scene and published on TMZ show him being handcuffed and taken into custody. 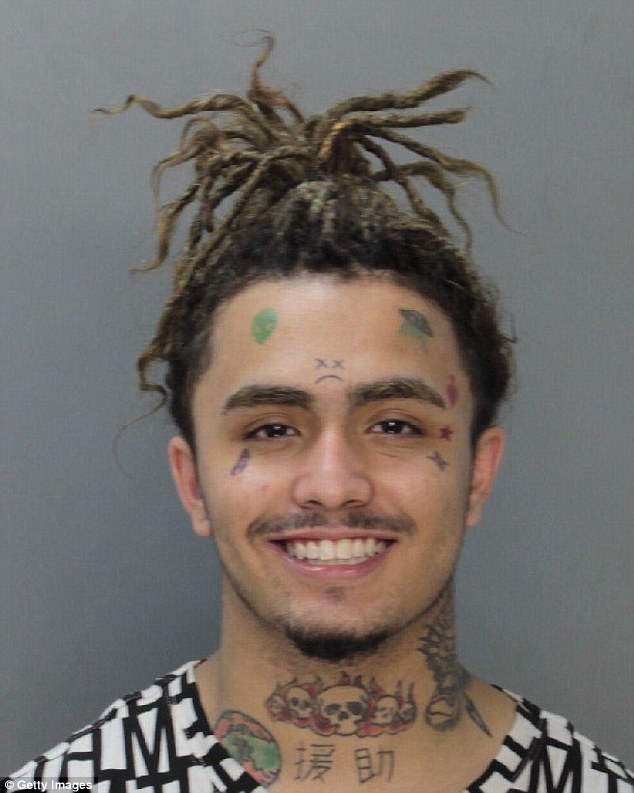 The 18-year-old allegedly told cops he doesn’t have a valid driver’s licence and he was taken into custody. Miami-Dade Police department released this mug shot of the rapper

Lil Pump is best known for the song Gucci Gang, which was released August 2017 peaked at number three on the U.S. Billboard Hot 100.

The rapper – real name gazzy Garcia – had previously been arrested earlier this year for firing a gun into the door of his home in the San Fernando Valley outside Los Angeles.

TMZ reported at the time that he was taken to a juvenile detention center because he was 17 at the time. He turned 18 on August 17. 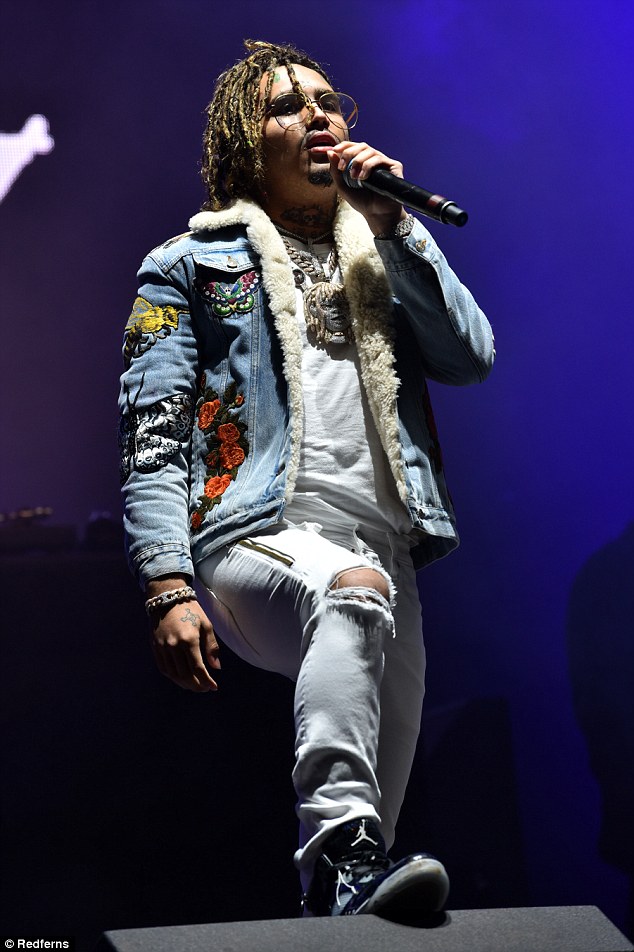