Lille boss promises to give Champions League ‘the utmost respect’

‘This competition deserves the utmost respect’: Lille boss promises to compete against Chelsea despite planning to make a raft of changes with his side guaranteed to finish bottom of group

Christophe Galtier insists Lille will give the Champions League the ‘utmost respect’ despite intending to make a raft of changes against Chelsea.

Frank Lampard’s side must beat LOSC at Stamford Bridge on Tuesday night to secure safe passage to the knockout stages, and Galtier’s plans to rotate will be music to the Blues’ ears.

But the Lille boss has promised his team will be competitive in west London, regardless of who takes to the field.

‘I will tell my players that it’s a privilege to play here in the Champions League at Stamford Bridge against a club like Chelsea,’ he said.

‘And I will tell my players that they have to be flawless in how they engage and what they give for this game, because this competition deserves the utmost respect.’

The French outfit have managed just one point from their five Group H matches so far, while Ajax, Chelsea and Valencia could all yet qualify for the last 16.

Galtier continued: ‘There’s nothing to play for for us, and for the other three teams they can all be knocked out.

‘Chelsea will look to win, a very high profile game and intense game.

‘I don’t know the starting XI just yet, but I know some players will be rested.

‘Some have had to play four games in a row while some are just back from injury. But what I do know is that everybody wants to play.’ 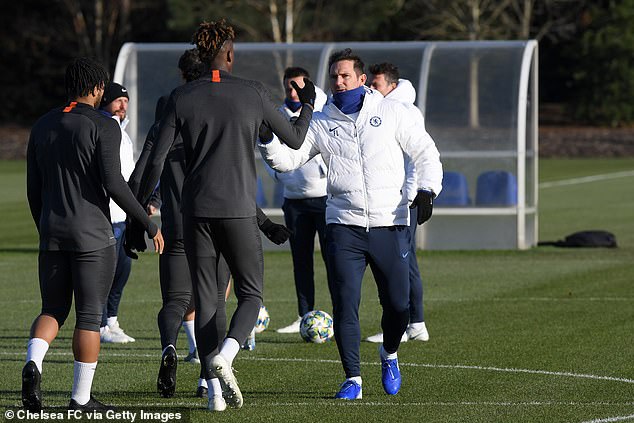 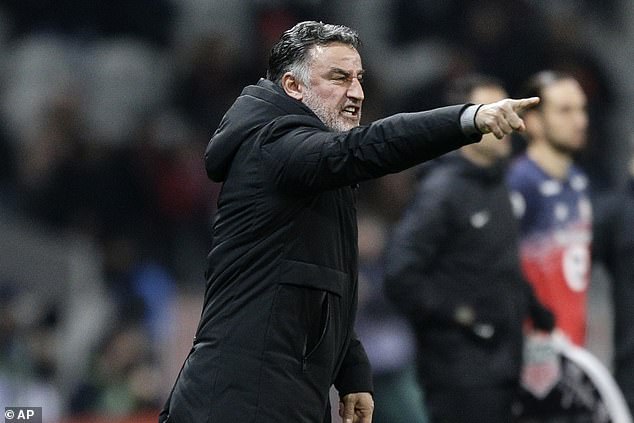 Former Southampton defender Jeremy Pied is relishing the chance of a first appearance at Stamford Bridge.

And the 30-year-old is determined that Lille will not just make up the numbers, with Chelsea the favourites for a victory that would push them into the next round.

Peid has just four Ligue 1 appearances to his name this term, and the fact he is now eyeing a Champions League bow with Lille proves instructive on the raft of changes planned by boss Galtier.

‘We’re not here to train, we’re here to play a game and try to get the best we can out of it,’ Pied said. 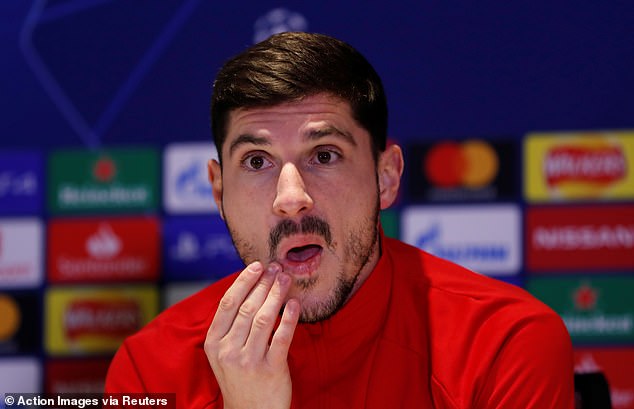 ‘We’ve got a team looking to qualify against us. For us, we have a lot of players with things to demonstrate.

‘We know it’s going to be a difficult game, but who knows? We can dream on.

‘It’s the Champions League and not everybody gets the chance to play in this competition.

‘So we are here, serious, organised, and not just here to take place in the celebration of the competition.’